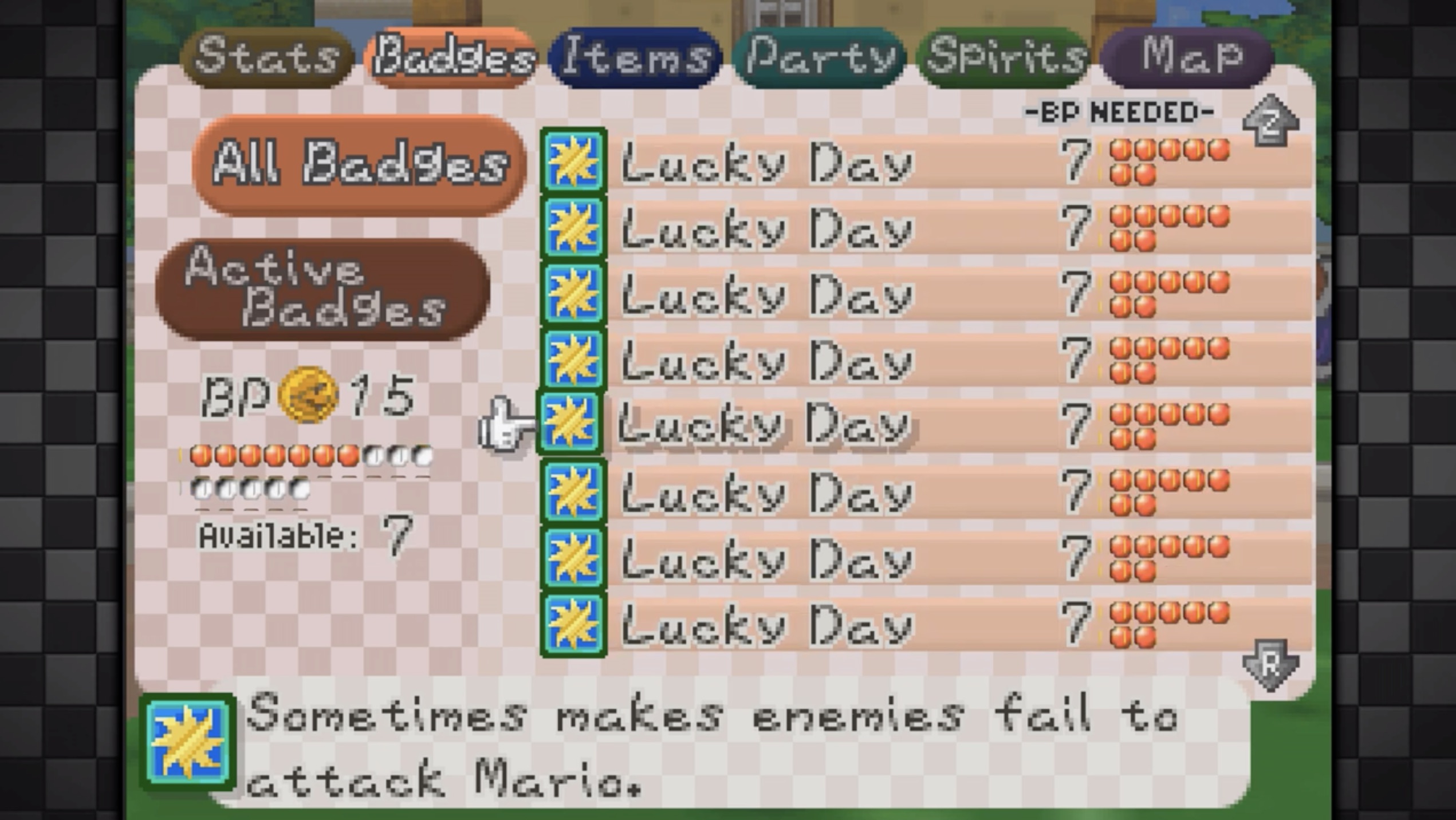 Honestly, we don’t think this needs an explanation really, since the setup takes about a day and Stryder7x’s original video is a whopping 40 minutes. See it for yourself here instead:

As you can see, it’s a complicated setup for not much reward. You have to skip through half the game, going back and forth through chapters with an endless sequences of minor glitches. You have to clone key items, getting so many of them they end up in your normal inventory instead of their intended one. And well, even things like retriggering the intro require frame precise jumps and lucky RNG.

All of which just gets you a glitch that doesn’t actually let you benefit from the cloned badges. The badge effects don’t stack, you can’t move extras to your inventory, and the chances of this coming in useful in a normal playthrough is virtually nill. It’s a shiny way to get infinite money, and nothing more.

But its usefulness doesn’t matter. No, what it represents matters, and in this case, what it represents is the sheer dedication Stryder7x and the Paper Mario community have to their favourite game. That’s an admirable quality in the modern world, and one we feel people have lost sight of in their desperate rush for money and attention.

So kudos Stryder7x. Kudos on the amazing video, and many of the findings that made it possible. Same goes for Boundary Break’s Shesez, Chuggaaconroy and Kungfufruitcup, all of which who starred in the video along with him.

Let’s hope we see more videos about things like this for other games too.