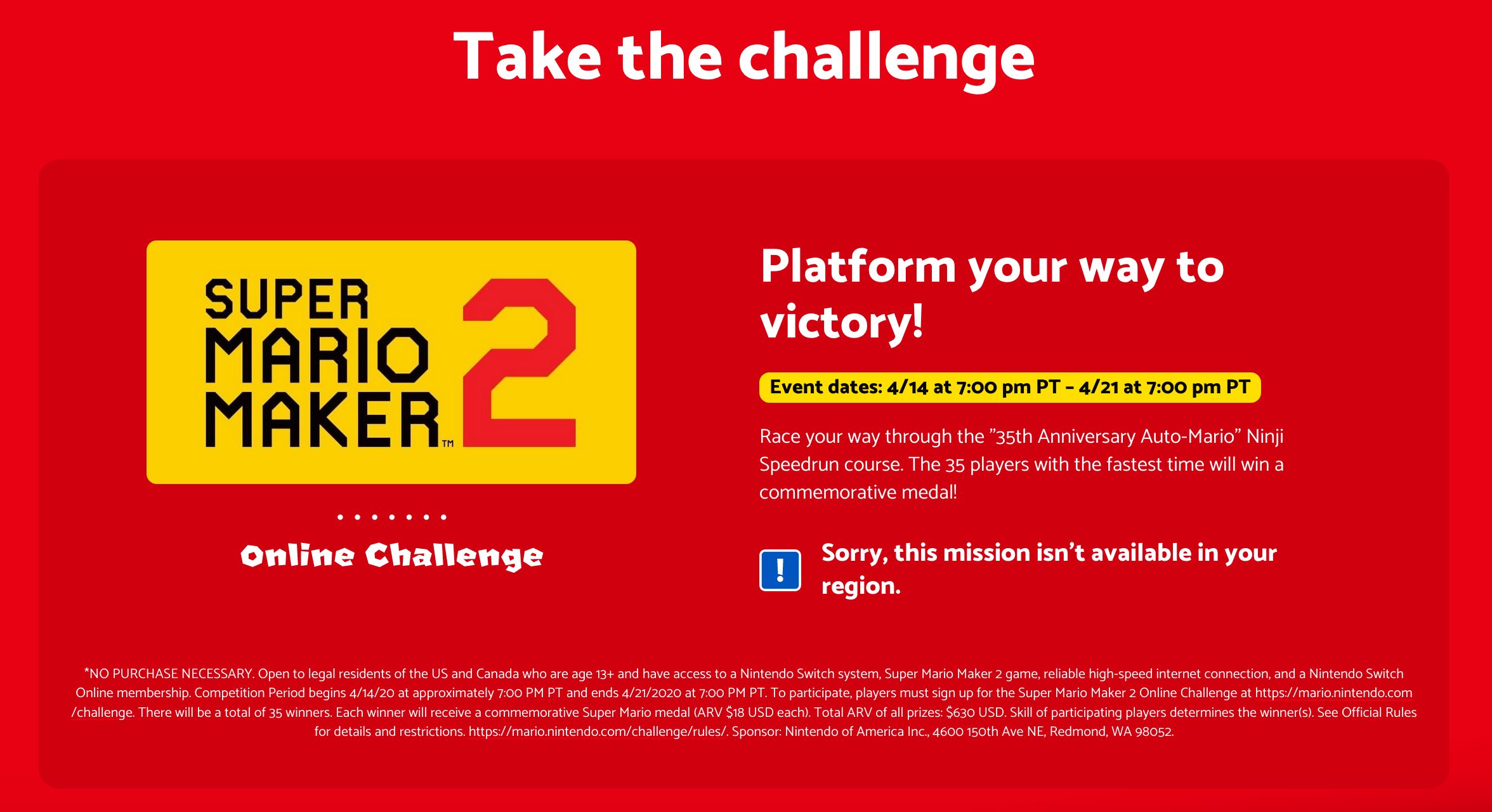 It was big news, and something that fans across the internet ended up rejoicing over. After all, the drought is over! Nintendo has games to show again! The 3D Mario collection was actually a real thing, and not just another Star Fox Grand Prix!

However, it seems that may not have been the initial idea. Why? Because as a hidden page on the Nintendo site confirms, it seems there was a cancelled Ninji Speedruns event planned to celebrate the event all the way back in April. Here’s an archived version of the site so you can confirm things for yourself:

As you can see, a course called 35th Anniversary Auto Mario was planned to run from April 14th to April 31st this year.

But that didn’t happen. Instead, Nintendo replaced it with the more generically named Headgear Hustle, and decided to keep that one going for a ridiculous amount of time as a result.

Seriously, look at how long that course ran compared to others. Instead of the week or so its predecessors/successors got, Headgear Hustle ran for more than a month, lasting all the way from April 30th to June 2nd.

So it’s clear something changed during the pandemic here. That at the very least, Nintendo’s Ninji Speedruns schedule got obliterated by the pandemic and its related shift to working from home.

Yet we’re not sure that’s what this implies.

No, instead we’d say there’s a chance that many other things may have gotten cancelled or delayed then too. Whether it’s the games shown in the Direct or events that got canned entirely, it’s clear Nintendo had many more plans for the year.

Alas, COVID-19 killed those plans, and we got left with months of droughts, a Direct in September and a cancelled Ninji Speedruns course as a result of it all.

Still, what are your thoughts on all this? Did Nintendo have more plans for Mario’s 35th anniversary that didn’t pan out? Which of the recent reveals do you think were likely intended to go live in April or May instead of September?