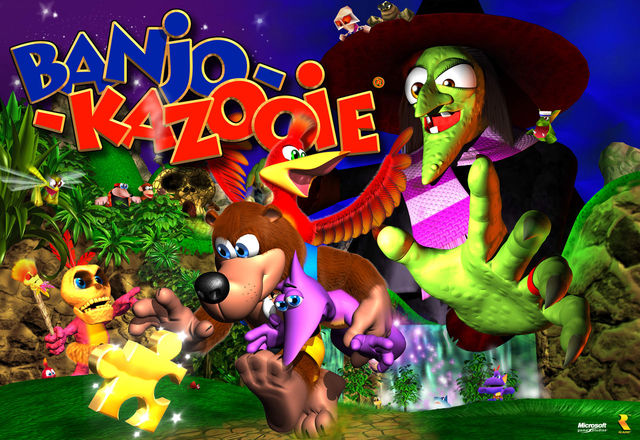 Over the course of the last week, Banjo-Kazooie composer Grant Kirkhope has released a fair few interesting remixes online. Based on the Mad Monster Mansion and Gruntilda’s Theme songs from Banjo-Kazooie, these remixes reimagine the original tunes in a whole new light, with real instruments and modern samples giving players the chance to hear them as they’d sound in a current gen title.

They’re amazing updates of the songs, and ones which got a lot of attention in the Nintendo news sphere too.
But did you know they won’t be the only ones?

No, as Grant Kirkhope has mentioned on Twitter today, he actually has plans for a whole album of these remixes too! Yep as he confirmed to us in a Twitter post earlier this evening, the ex Rare composer is actually going to release a remix album of music from the game, with the possibility that the whole soundtrack may get the same treatment at some point in time.

Here’s the post about it if you haven’t seen it yourself:

Well, I’m going to release a remix album of music from BK, I’m not sure I’ll get to it all 😀

It’s pretty amazing to see isn’t it? After all, you’re not just getting an awesome collection of covers or remixes from OC Remix or what not (which would have been amazing in itself), you’re getting a whole collection straight from the original composer for the game too.

That’s incredible news, and the type of thing you’d only expect to see in a dream (perhaps a project one). It’s like seeing Koji Kondo redo the Super Mario 64 soundtrack, or David Wise remaster the Donkey Kong Country 2 one.

So we’re very excited to see what’s going to be on offer here. Cause whether it’s the Witch’s Lair or the Final Battle, Gobi Valley or Freezeezy Peak, every one of Banjo-Kazooie’s songs is a joy to listen to, and it’s clear these modern remixes are only going to make them all the better.

Kudos for your work on this amazing project Grant!