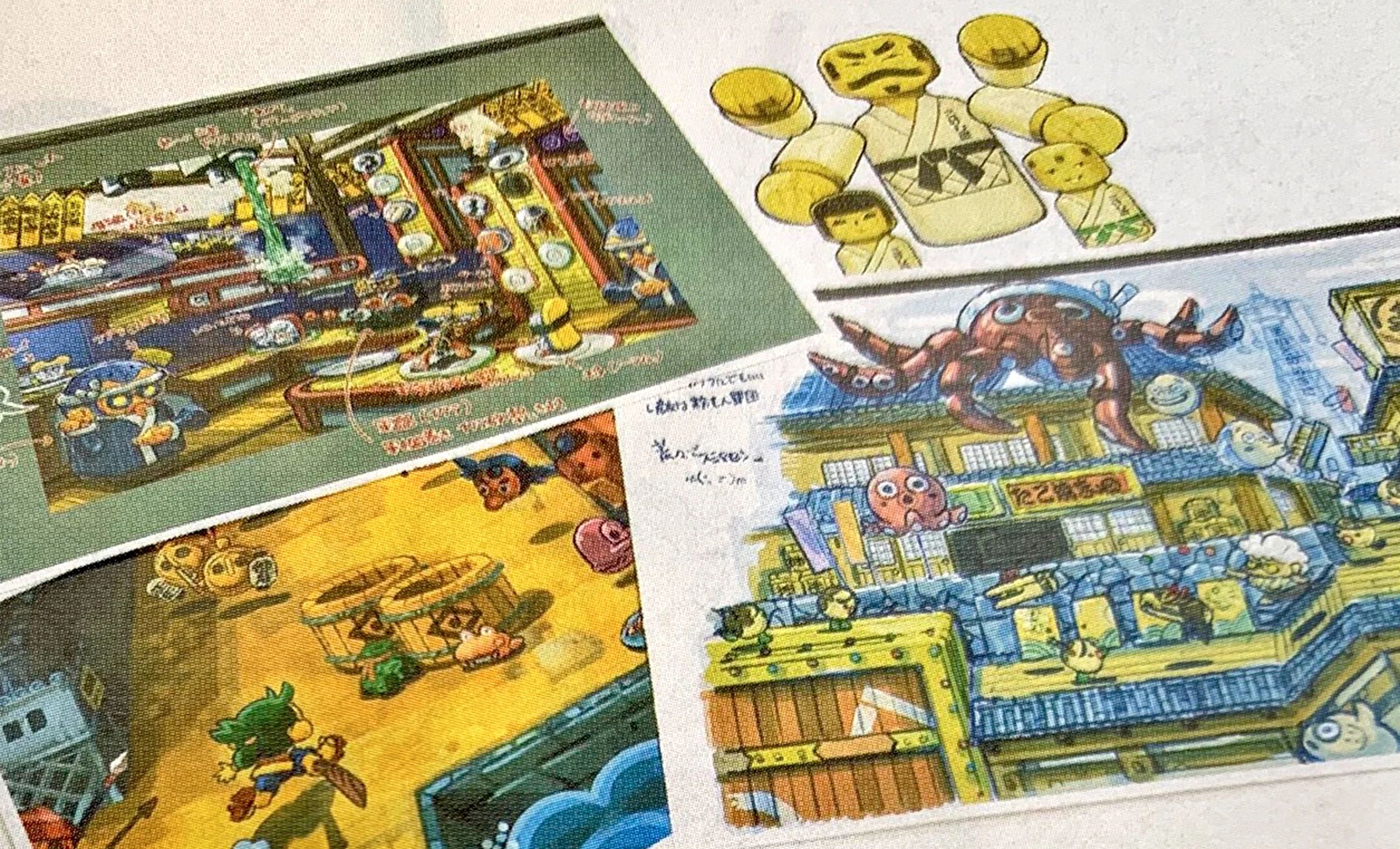 If you’ve been a Nintendo fan at any time since the Wii era, you likely know about Good-Feel. Originally associated with Nintendo thanks to their work on Wario Land Shake It on Switch, the company has since become known for making games based on yarn and crafting materials, with their next three titles (Kirby’s Epic Yarn, Yoshi’s Woolly World and Yoshi’s Crafted World) all carrying the theme forward.

However, it seems they won’t be sticking to arts and crafts games forever. No, according to their president Etsunobu Ebisu, they’re apparently working on a brand new IP for the Nintendo Switch too. Here’s some artwork and storyboards showing the new game in action:

As you can see, the game is an action title with a Japanese inspired setting, very much like the Goemon series on the SNES. This setting was apparently chosen because Good-Feel is a Japanese company and ‘know how to make Japanese people laugh’, though Ebisu does believe gamers elsewhere will like it too. So it’s likely to be at least somewhat similar to the Goemon series in style, even if not a direct spiritual uccessor.

Which isn’t surprising given Good-Feel’s background here. After all, the company’s earliest employees actually came from Konami, with folks like Ebisu actually having been on the programming team for the original Goemon games.

Hence there’s likely at least a bit of nostalgia for those days, and somewhat of an interest in making similar titles for modern day audiences.

Still, what do you think? Are you excited to see Good-Feel’s next project? How do you feel this new feudal Japan style action game will play out anyway?

Tell us your thoughts on the matter in the comments below, on the Gaming Latest forums, or over on our Discord server today!