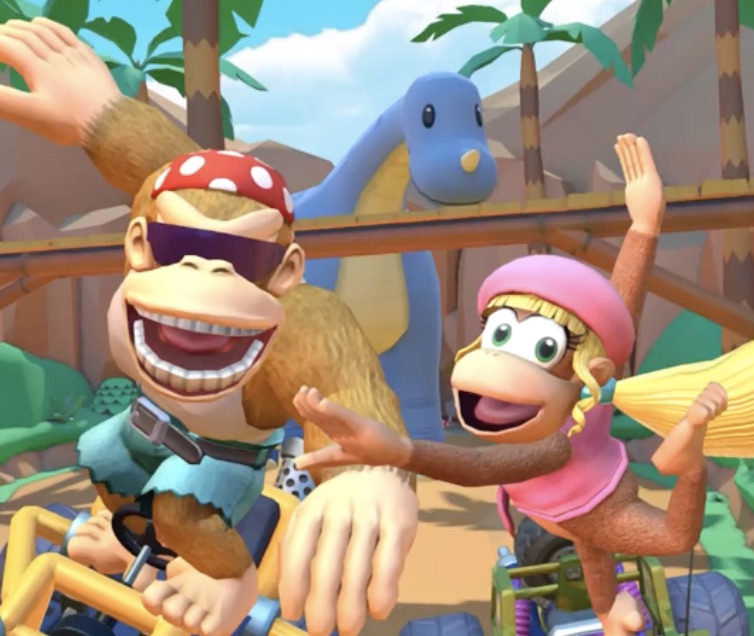 Here’s the trailer showing the update in action:

Which as you can see, has a more interesting selection of characters this time around.

Cause you see, for better or worse, Mario Kart Tour has been pretty disappointing on the character front. Oh sure, it’s nice to see Pauline in a few more spinoffs, or to have a Hammer Bro playable at long last.

But they’re arguably overshadowed by the dozens of lazy clones and palette swaps filling out the roster. These include costumed versions of familiar Mario characters, colour variations of enemies like Shy Guys or Birdo, and concepts for characters which are stretching the meaning of the word far beyond what anyone would consider reasonable.

Fortunately though, the Jungle Tour’s newcomers aren’t anything like that. 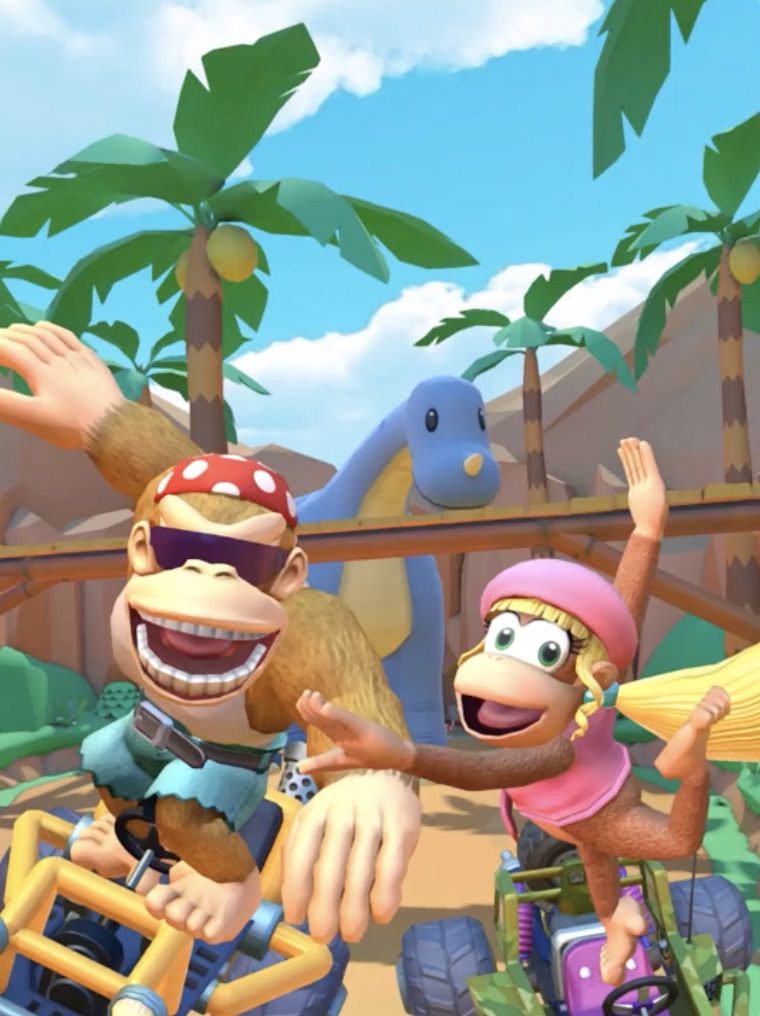 What’s more, said characters are also fan favourites too. Funky Kong was playable back in Mario Kart Wii, with people calling for his return ever since, and Dixie Kong has been requested for Mario spinoffs (and Smash Bros) ever since she appeared back in Donkey Kong Country 2 as well.

So it’s a pleasant surprise to see them in Mario Kart Tour, as well as in the Mario Kart series overall.

And it makes us wonder… could other interesting characters from spinoff franchises appear as well?

After all, the Mario series and its spinoffs have a ton of interesting possibilities to offer there. You’ve got the rest of the Donkey Kong Country cast, including King K Rool and the Kremlings. There’s the cast of Wario’s brand of spinoffs, like his employees from WarioWare or supporting characters from Wario Land (imagine the likes of Ashley or Captain Syrup in a Mario spinoff!) Oh, and the Luigi’s Mansion cast too. Sure some of the boss ghosts from 3 would be fantastic to see in Mario Kart Tour, especially major ones like Hellen Gravely or fan favourites like Morty.

Then there are the reams and reams of amazing Mario RPG characters you could see here as well. Fawful, Cackletta, Antasma, the partners from Paper Mario 1 and 2, Kammy Koopa, Flavio, the Axem Rangers, Geno… you name it, the possibilities are virtually endless.

So here’s hoping Mario Kart Tour (and other Mario spinoffs) add these types of characters in later games and updates.

Their presence would just make the games so much better overall.

Still, what do you think? Are you happy to see Funky Kong and Dixie Kong as playable characters in Mario Kart Tour? What do you think the likelihood is of Nintendo adding them (and other characters from Mario sub series and spinoffs) to future karting and sports games?