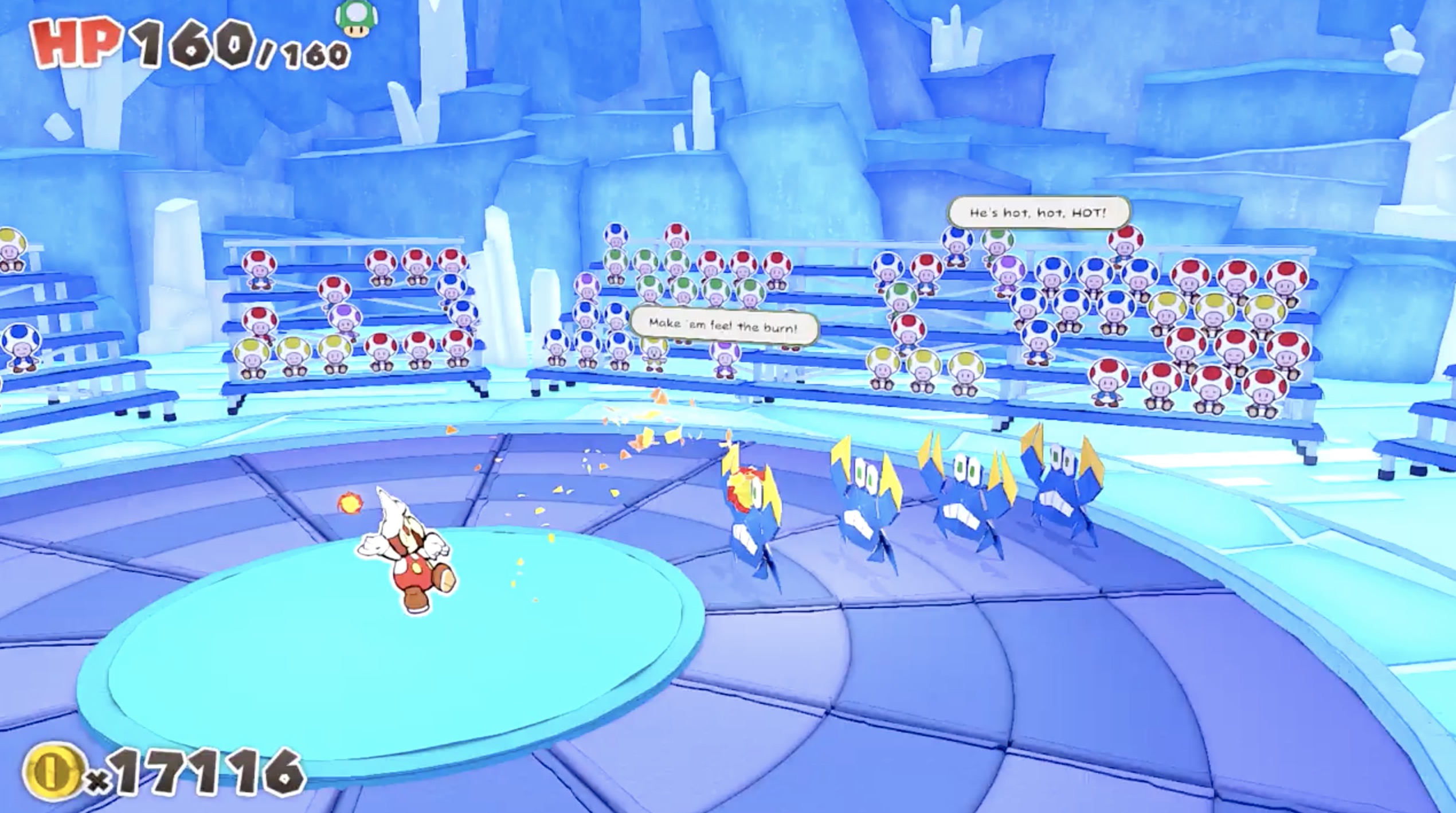 Back in July this year, Paper Mario: The Origami King was released on Nintendo Switch. Called by some a return to form for the Paper Mario series, the game did indeed bring back quite a bit of what made the originals so great. We had more unique characters including a new main villain, an interconnected world instead of a map screen and multiple use attacks and weapons once again, with the normal ones being infinite use and the buyable ones going off a Breath of the Wild style stamina system.

However, there was one thing that didn’t make the cut, despite fan requests. Namely, an experience points (EXP) system akin to the ones used in the first three games.

As a result, battles didn’t make Mario stronger after winning enough of them, instead giving you coins and confetti on a per battle basis. It was less wasteful than previous games cause of better attack options, but rendered battles about as pointless as ever if you had enough.

However, as it turns out, it seems this didn’t always seem to be the case. No, in fact, evidence that EXP was considered for the game can actually be found in the game’s files!

Yep as pointed out by people like zSupremoz on the Mario RPG Central Discord server, there’s a variable called EXP you can find in your save file for the game.

Here’s a picture showing it exists, along with all the other flags/global variables listed in said file:

And here’s our video going into more detail on how it works:

What’s more, it’s not even that well hidden. No, apparently you can just open your save file in Notepad and view this data in plain text. It’s not encrypted or hidden, it’s just there in plain sight.

Of course, that doesn’t necessarily tell us anything about when it was scrapped. It could have been right at the start of development, and this variable was just left in afterwards. Or it could have been a last minute decision as Nintendo thought EXP wasn’t working in the ring based battle system.

It also doesn’t necessarily mean EXP is exactly like in past games either. Perhaps it’s like the hammer scraps in Color Splash, which leveled up the paint metre but generally pretty useless overall. Having a system to slowly upgrade your confetti bag would have fit really well into the Origami King, and there’s the possibility an ‘EXP’ like setup could have been used there instead.

Either way though, it’s there, and it definitely seems to imply an EXP system was planned for the game at one point or another.

Stil, what do you think about it? Are you disappointed that we could have gotten EXP in Paper Mario: The Origami King, but didn’t? And what exactly do you think this new EXP system would have been like, had it remained in the final game?