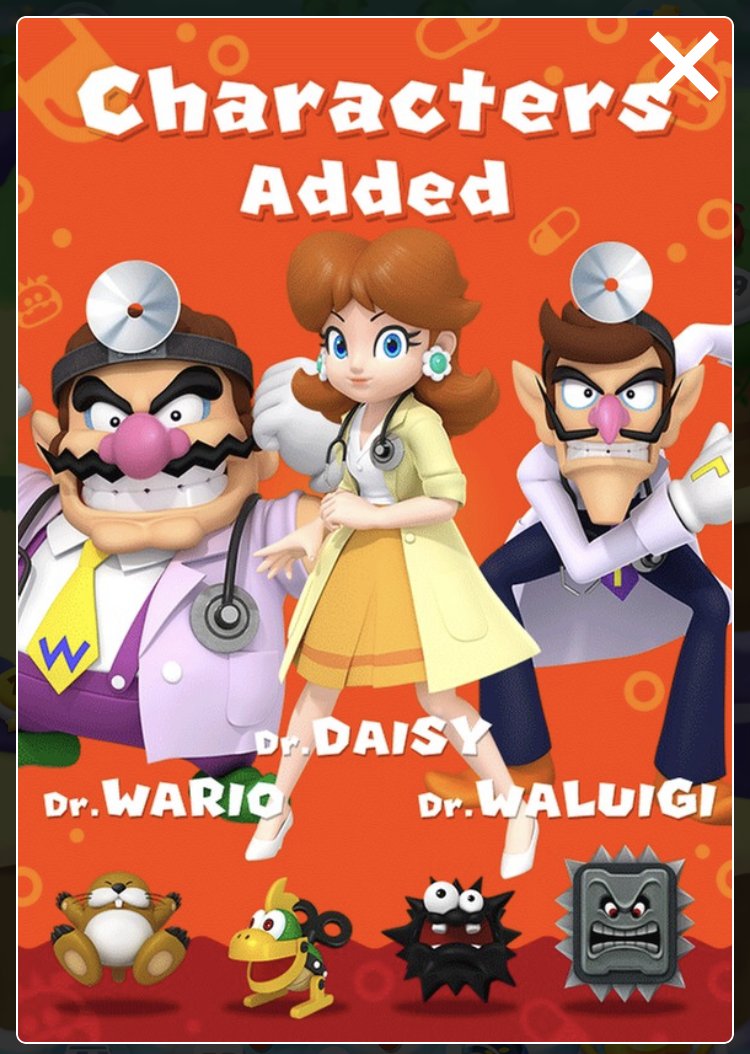 Given the numerous character pictures datamined from the game’s files, it was always clear that Dr Mario World was going to get new characters. After all, that’s how all Nintendo mobile games work nowadays. Whether it’s Pokemon GO or Fire Emblem Heroes, Animal Crossing Pocket Camp or Super Mario Run, the pattern always goes like this:

It’s pretty much the Nintendo standard for the genre. Or hell, perhaps even all multiplayer games in general.

And now the process has finally started with Dr Mario World, as Nintendo has added three new doctors to the game. These are Dr Wario, Dr Waluigi and Dr Daisy: 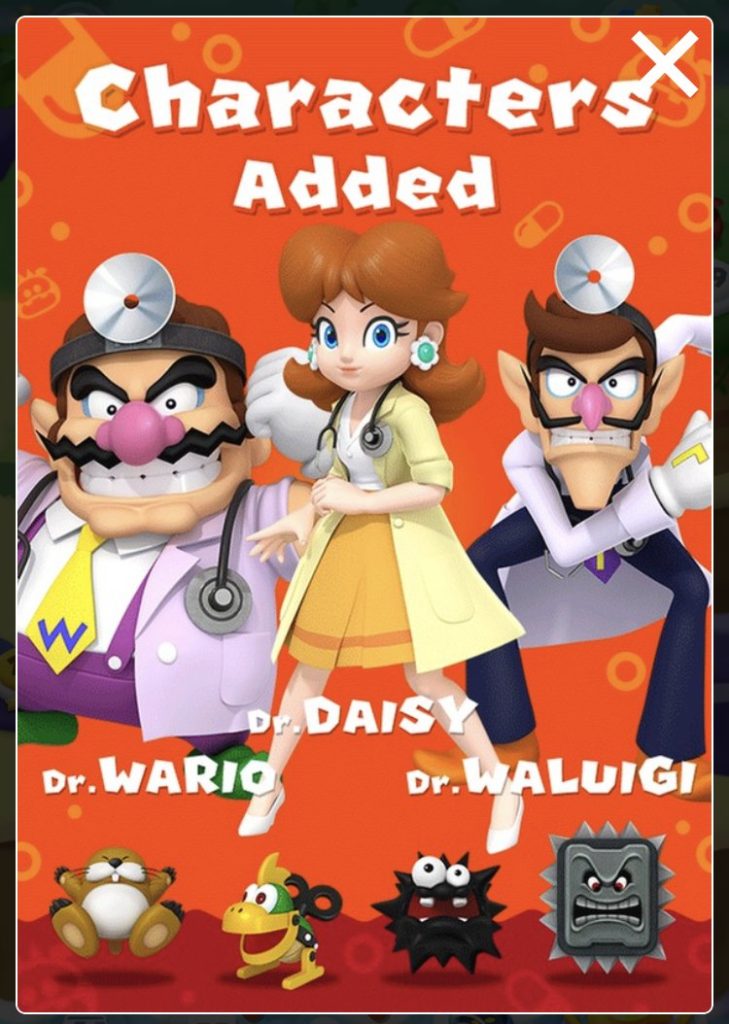 All of whom have their own stats and abilities. Dr Wario can add capsules to the timer, or seconds to the clock. Dr Waluigi can easily defeat dust viruses as well as change other viruses into them. And Dr Daisy can eliminate any one particular object if you tap on it, which is useful for getting rid of obstacles and obstructions.

They’re pretty neat additions overall. Especially given that you know, Wario and Waluigi have barely had any roles in mainstream Mario games up to this point in time.

So to see them here is a pleasant surprise, and indicates that Nintendo may be willing to lean more into their spinoff games than they were in previous decades.

Unfortunately as cool as the new doctors are, the new assistants aren’t quite on the same level. Indeed, the pattern of ‘let’s make every generic enemy species an assistant’ continues even further here, with the likes of Monty Mole, Thwomp, Fuzzy, and Mechakoopa somehow becoming doctor’s assistants in this game too.

Which makes us wonder:

How does a Thwomp help out in a doctor’s office? Or a Fuzzy handle medicine without hands?

Eh, who knows. It’s Mario after all, where lacking arms still means being able to play baseball, and where babies can get medical degrees without even passing kindergarten. Things don’t exactly need to make sense here.

Either way, the additions don’t stop there. No, about 20 stages have also been added to the game.

Which basically means a world or two in Dr Mario World terms. Not super amazing, but decent enough to add replay value to the game, and potentially enough to keep more people going until the next update comes out with Dr Donkey Kong or whoever else.

What are your thoughts on it? Are you happy to see Wario and Waluigi in a Dr Mario game? And what do you think of the random doctor and assistant choices in general?