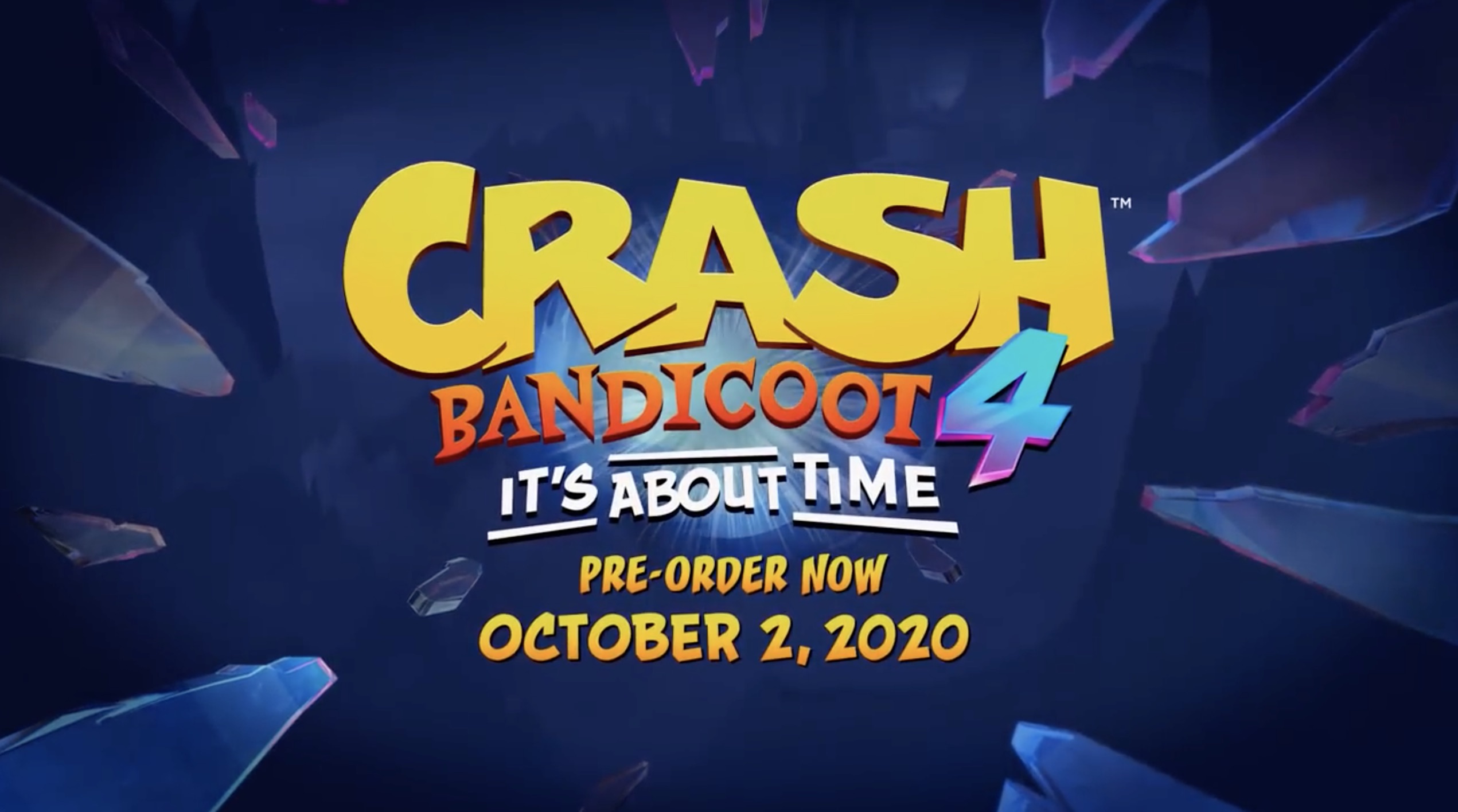 Well, it’s finally here. After the title and box art was leaked on a Taiwanese rating site and the entire trailer was screencapped by the press, the debut trailer for Crash Bandicoot 4: It’s About Time finally got posted online today.

Here’s the video if you haven’t seen it for yourself:

As you can see, it’s pretty much everything I expected it to be from yesterday’s post. The masks do indeed give Crash new abilities, like being able to run on ceilings or slow down time. Cortex is indeed a playable character in some form, despite also being one of the main bad guys in the game.

And the level design feels like it’s straight out of the PlayStation era, with familiar linear platforming levels and chase sections galore. It really is everything fans have wanted in a new game to be honest.

It also confirms the release date is indeed October 2nd 2020, again matching up with earlier leaks and rumours.

However, there is one minor aspect we didn’t foresee here. One which is seemingly at the heart of the game’s entire design.

Namely, how it completely ignores later entries in the franchise in exchange for going back to the series’ roots. Hell, the very final line in the trailer is a jab about how it’s a ‘reboot’, and how said games are being ignored in favour of this one:

Mask: How many times have you beaten this clown any way?
Coco: Three.
Mask: Really? Only three?
Crash: [Nods]
Mask: Funny… seemed like more.

That’s likely going to divide fan opinion a little. On the one hand, some people might like the bluntness here, especially given the questionable quality of some of the later games in the franchise.

Whereas some others might dislike the game’s disregard for some of the more beloved aspects of later installments. Like fan favourite characters introduced in them, or story developments that may or may not have worked well outside of the gameplay.

Still, it’s not a true ‘canon discontinuity’ situation, and it’s implied the game merely takes place between Crash Bandicoot 3: Warped and the later games, so take from it what you will.

Either way, that’s the reveal trailer for Crash Bandicoot 4: It’s About Time. So what do you think of it? Are you happy with what you’ve seen of the new game so far?

Tell us your thoughts on the matter (and more) in the comments below, or on the Gaming Latest forums today!