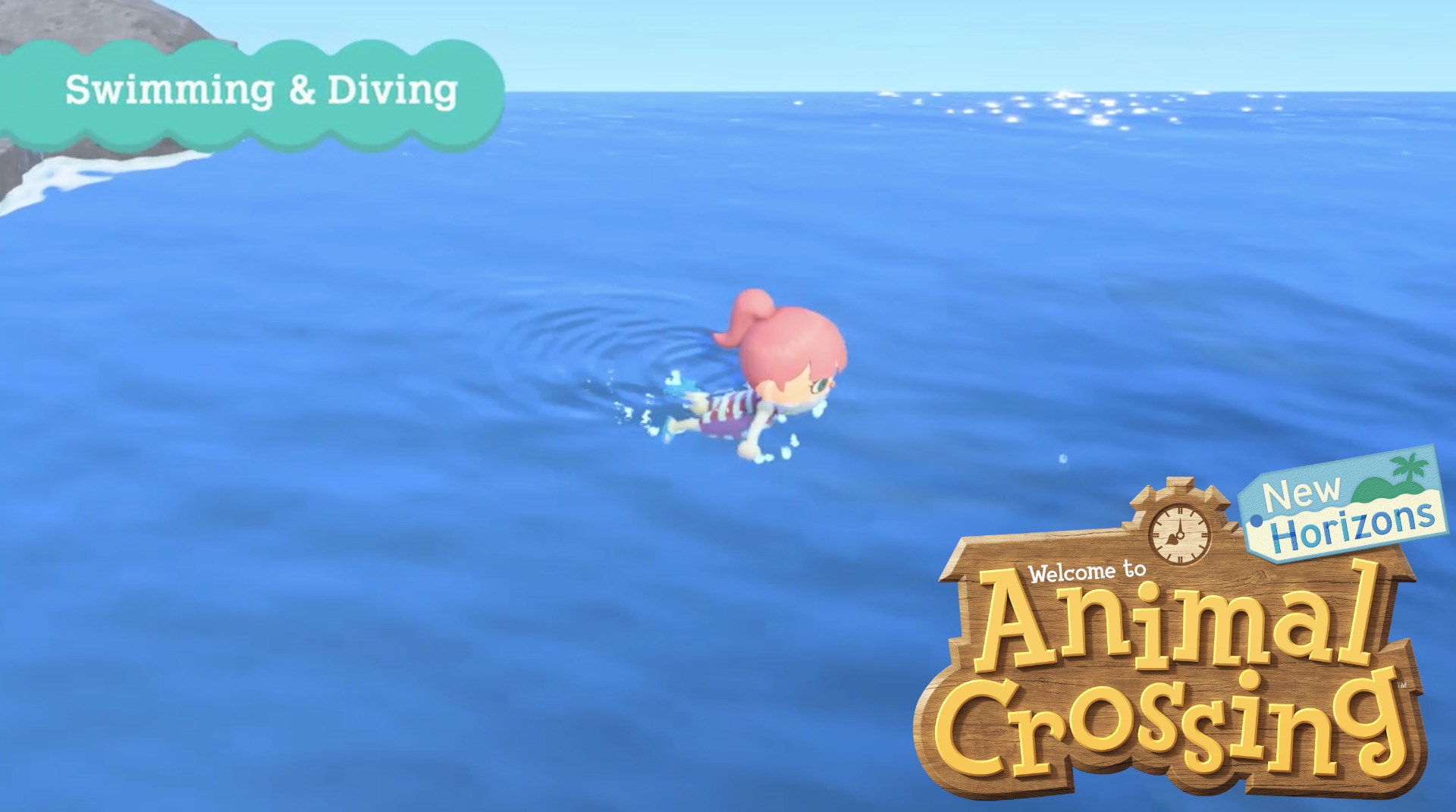 Here’s a trailer showing the new update in action:

As you can see, the most notable addition here is swimming, with your characters now able to swim around and collect sea life from the ocean floor. It’s a huge feature we’re surprised wasn’t in the base game to be honest, and one which is sure to add quite a bit of replay value to the game as a whole.

It’s also one that makes us realise how few Nintendo games support said feature in general. After all, the Legend of Zelda Breath of the Wild doesn’t let you dive underwater in any way. Nor does Pokemon Sword and Shield, Luigi’s Mansion 3 or any number of other major titles on the Nintendo Switch.

So it’s quite amusing seeing it come to Animal Crossing like this. Or to note that somehow, a series that’s had no swimming mechanics for the last few decades somehow implements them in a better, more natural way than two that’ve had them for years.

Regardless, merely being able to swim around isn’t the only thing the update adds here.

Nope, it also adds a few new NPC interactions too. Some of these are fairly obvious (like being able to sell collected sea creatures to the museum), but others are a bit less so. Like being able to give scallops to Pascal in exchange for new DIY recipes. Or being able to encounter Gulliver in a new pirate outfit, with hints of a possible new sidequest or task associated with that.

So there’s a decent amount of new stuff to experience here, even in a random free update Nintendo are releasing out of nowhere.

And it’s likely that pattern will continue in the future too. Since as you can guess by the title (and video content), this is only part 1 of the Summer Update for the game.

With a second one being planned for early August. So check out the trailer above for more info…

Then get ready to return to your island again when Animal Crossing’s first summer update launches on July 3rd!