A Pokemon Direct is Coming This Thursday 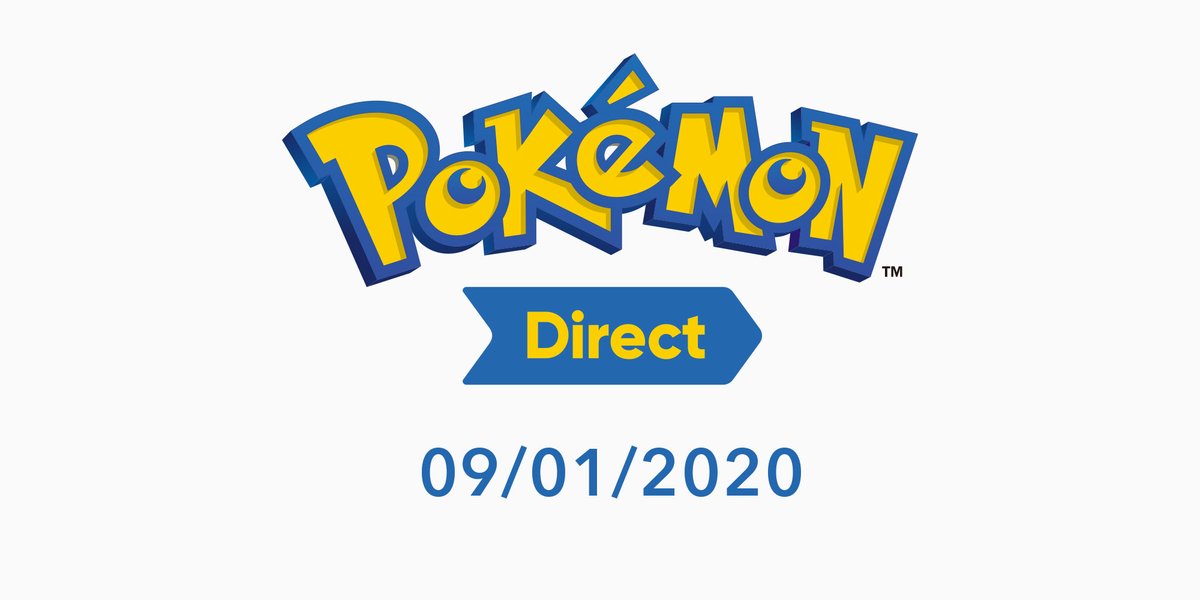 Since Pokemon Sword and Shield’s release on the 15th November 2019, Nintendo news has been pretty slim on the ground. We saw a few glimpses of their upcoming theme park deal with Universe thanks to on site photos and deisgn leaks. We got Terry Bogard as the fourth playable character for Super Smash Bros Ultimate and we got a first look at the DLC packs planned for Luigi’s Mansion 3.

And that was basically about it. No new games got revealed by the company since then. No new Nintendo Direct presentations aired throughout December, and info about existing projects (like Breath of the Wild 2 and Metroid Prime 4) was pretty slim on the ground too.

This led to a lot of hype for a new Nintendo Direct. After all, those are usually announced in January, and those usually give a few more details about what the company is working on.

However, that’s not we got Nope, instead we got one for a new Pokemon Direct, which will air at 2:30pm this Thursday. Here are the announcements about it from Nintendo’s various regional subsidaries (via their Twitter accounts):

Tune in on 1/9 at 6:30 a.m. PT for roughly 20 minutes of new Pokémon information in a livestreamed Pokémon Direct presentation. https://t.co/d1Xx3bUMG0 pic.twitter.com/ct9DAJt4FU

Tune in on 09/01 at 14:30 (UK time) for roughly 20 minutes of new #Pokemon information in a livestreamed #PokemonDirect presentation.
👉 https://t.co/RgRxLxEk22 pic.twitter.com/vlcOjdXBFy

What’s more, as you can see from their announcements, it’s gonna be a big one too. In fact, according to Serebii owner Joe Merrick, this will be the longest Pokemon Direct presentation in history, with the presentation’s 20 minute length being significantly more than those for even major game announcements/reveals:

This Direct is to be the longest ever Pokémon Direct. This is going to be interesting.

So what would fill out the space? New games?

Well, maybe. However, according to the German press release for it, it’ll supposedly share new information about Pokemon Sword and Shield. This may put a kibosh on the idea of the Direct being for something like a gen 4 remake, Pokken Tournament 2 or some long returning spinoff series like Pokemon Snap or Pokemon Mystery Dungeon.

And in turn, raises many, many questions about what exactly would warrant the time. After all, a new mythical Pokemon reveal ain’t a 20 minute deal. A few new raid battle setups aren’t worthy of one either.

Nor are many of the other ‘obvious’ reveals Nintendo could make here. This really just leaves a few possibilities, namely:

All of which sound questionable at best. There is the possibility it’s Pokemon Home related (like compatibility with Sword and Shield plus release date), but even that doesn’t sound like enough for a presentation this long. Unless Home makes Pokemon Stadium look feature light by comparison, or the Pokemon Company is really, really slow at revealing info in the video, that seems like a 10-15 minute deal at most.

So there are definitely a lot of questions about what’s gonna fill the space here. Or how exactly a set of games that were released just two months ago have enough to reveal right now to justify the Direct at all.

Hopefully that’s a hint that Dexit will finally be over. Or something else on that level will be announced soon.

Either way, take a look at some of the Direct times below:

Then tell us what you think will be in said Direct in the comments below today!