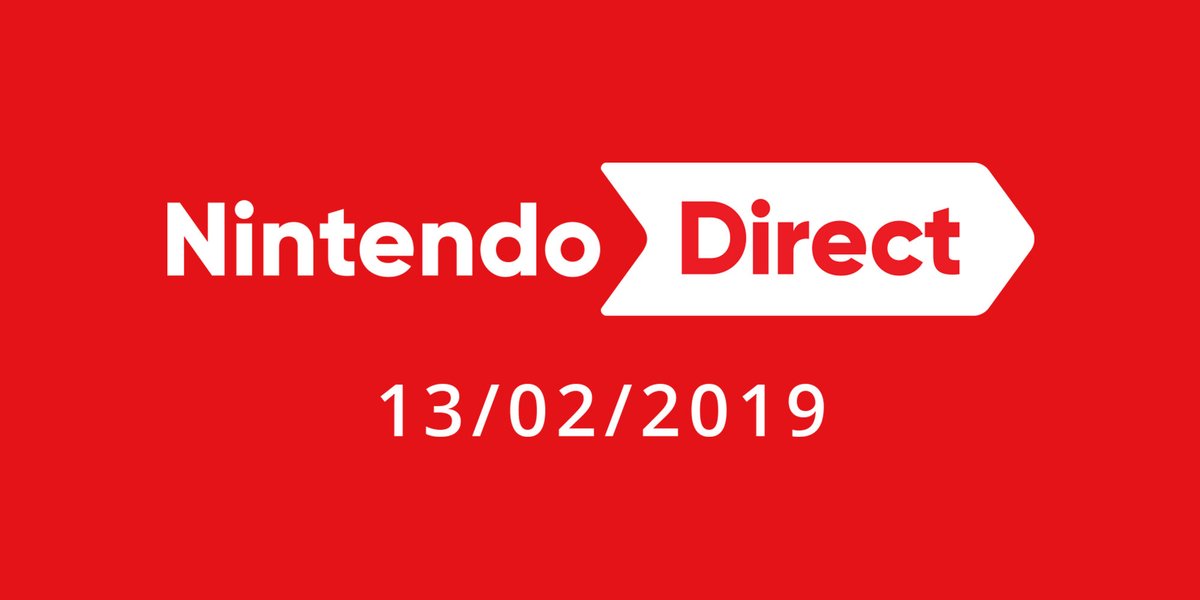 For the last month or two, we’ve had nonstop speculation about a new Nintendo Direct. Indeed, ever since the year began, people have being going mad about one, with the gaps in the Switch’s 2019 lineup fuelling rumours that a new Direct was gonna be announced at the end of January.

But while that never came to be, Nintendo has finally revealed the date of the Nintendo Direct. Namely, tomorrow on February 13th at 10pm GMT. Here are the Twitter posts confirming it courtesy of Nintendo of America, Europe and Japan (co ltd) respectively:

Tune in 2/13 at 2pm PT for a Nintendo Direct featuring around 35 minutes of information on upcoming #NintendoSwitch titles, including new details on #FireEmblem Three Houses!https://t.co/d1Xx3bUMG0 pic.twitter.com/dExyWiigBr

An all-new #NintendoDirect is almost here! Tune in at 11pm (CET) on Wednesday, 13/02 for roughly 35 minutes of information on upcoming #NintendoSwitch titles, including new details on #FireEmblem: Three Houses.

As well as some times for various regions:

Content wise, it’s pretty much what you’d expect from a Nintendo Direct in 2019. 35 minutes of videos and information about various Nintendo Switch titles, with Fire Emblem Three Houses being mentioned front and centre. That basically confirms the 3DS is now being phased out, as well as that Nintendo do in fact have quite a few interesting titles planned for this year.

So what could they be? What could actually be revealed in tomorrow’s Direct, Fire Emblem not withstanding?

Well, based on existing evidence, we’d see the following has a good chance of showing up:

But obviously it won’t just end there. No, Directs always feature at least one or two new games, of which we’d guess the following may be possible:

Either way, expect some major announcements and interesting story trailers in this one, since Nintendo really needs to sell people on the Switch in 2019 given we don’t have a Smash Bros/Mario Odyssey/Breath of the Wild equivalent for this year quite yet.

E3 will obviously show off some stuff, but the first six months or so needs games, and it seems the Direct tomorrow is when they’ll reveal them.

So check it out tomorrow if you’re interested, and hear our thoughts on the Direct in our inevitable liveblog!