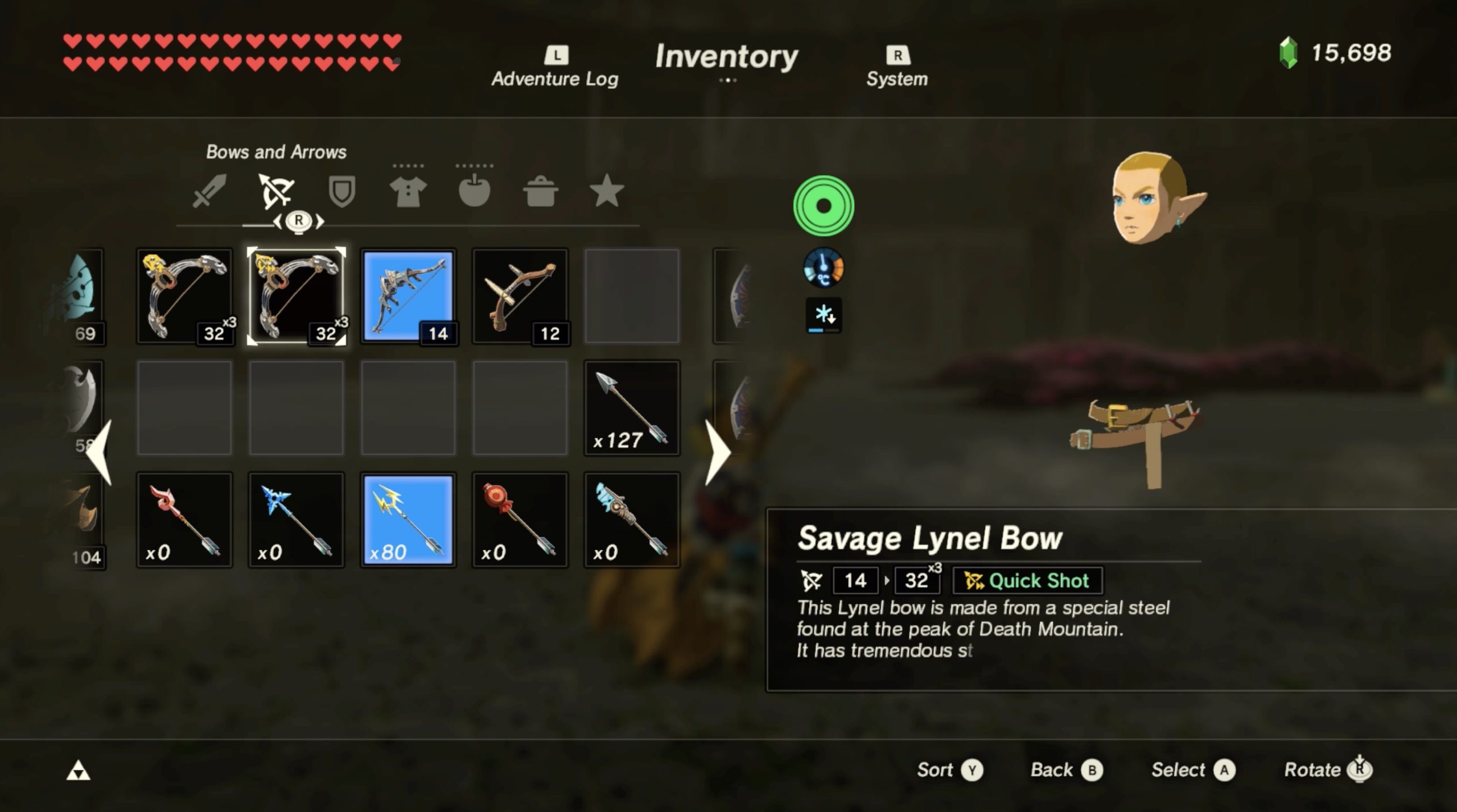 Up until now, duplicating items in the Legend of Zelda Breath of the Wild has always been a bit of a hassle. You either needed to overload the game by giving enemies multishot bows and shock arrows in the middle of the Gerudo Desert, take advantage of a now patched glitch involving the Trial of the Sword or overload the final battle by entering and exiting Hyrule Castle 100 times in a row.

It was tedious, it was annoying, and it usually meant Link’s life was put at risk in the process.

But now that’s all changed. Now a new, incredibly convenient method has been found to overload the game and clone items in the Legend of Zelda Breath of the Wild!

Here’s what you need to do:

It’s incredibly easy to do, and can let you get an infinite arsenal of Hylian Shields, Savage Lynel weapons and amiibo gear with ease. Want 20 Biggoron Swords, Fierce Deity Swords or Twilight Bows? Well, there you go. Have fun!

This means that instead of going on a tedious death trek into the desert or having to escape the final battle, you can clone items wherever the hell you are in the game. Stables, towns, the Great Plateau, some random peak in the Hebra region… it’s all possible, and none of it involves Link’s life getting put at risk at all.

Plus, you don’t even need to be on the main world map to have fun. Because while it’s somewhat finicky, the trick also works fine in shrines and Divine Beast dungeons too. Makes it very, very easy to stock up before a boss battle.

Add this to the amusing effects you can get from the game being so overloaded (like the champions and Zelda outright failing to appear in cutscenes, or trees vanishing in thin air), and you’ve got a trick which is both simple to pull off and lets you break the game even wider open than ever before.

So check out our new tutorial on the glitch and how it works here:

Caption: Note that this is only the second video with commentary we’re posted, so it may sound a tad rough…

Then tell us your thoughts on the bug and its uses in the comments below or over on the Gaming Latest forums today!

Also, infinite rupees. Go search on google and you should find something.