In the world of video game remixers, everyone has their own style. There are plain old remixers who come up with their own take on a popular song. There are people who try and orchestrate old school tunes to make them sound like something from a modern game or movie.

And then there are people who try and recreate songs in the style of another era. Like redoing Mario & Luigi songs with Pokémon soundfonts or seeing what modern Mario game themes would sound like on the SNES.

Loeder is one of the latter. Known for remaking video game songs with NES style soundfonts in an eight bit style, he’s gained a bit of fame in recent years for his takes on the soundtracks for titles like Paper Mario Color Splash and the Legend of Zelda Breath of the Wild.

Yet we don’t actually know about him as a person. Who’s behind the YouTube channel? What are his inspirations? Where do his choices for songs to cover come from?

Until now that is! Because we’ve managed to get an exclusive interview about him focusing on his life, YouTube channel and career. So if you’ve interested in knowing who this mystery video game music creator is, or how he gotten into the whole eight bit covers thing, keep reading!

So hey, you know the drill here. What’s your backstory anyway? Who is the person behind the Loeder ‘brand’ so to speak?

I’m just an 18-year old student from Holland, really. Not much backstory here!

And for that matter, how did you get into video games?

I think my first video game was Wario Land 3 for the Gameboy Color, which I got to play at a cousin’s house. I don’t think I got very far but I ended up loving it and getting myself a Gameboy Advance later.

How about favourite games? Are there titles you really like?

My favourite game is Mario Kart 8! I’m not a competitive gamer at all so getting hit by 10 items in a row just makes me laugh (whereas a lot of people start raging), which is why I think I enjoy it so much. I also exclusively use motion controls. 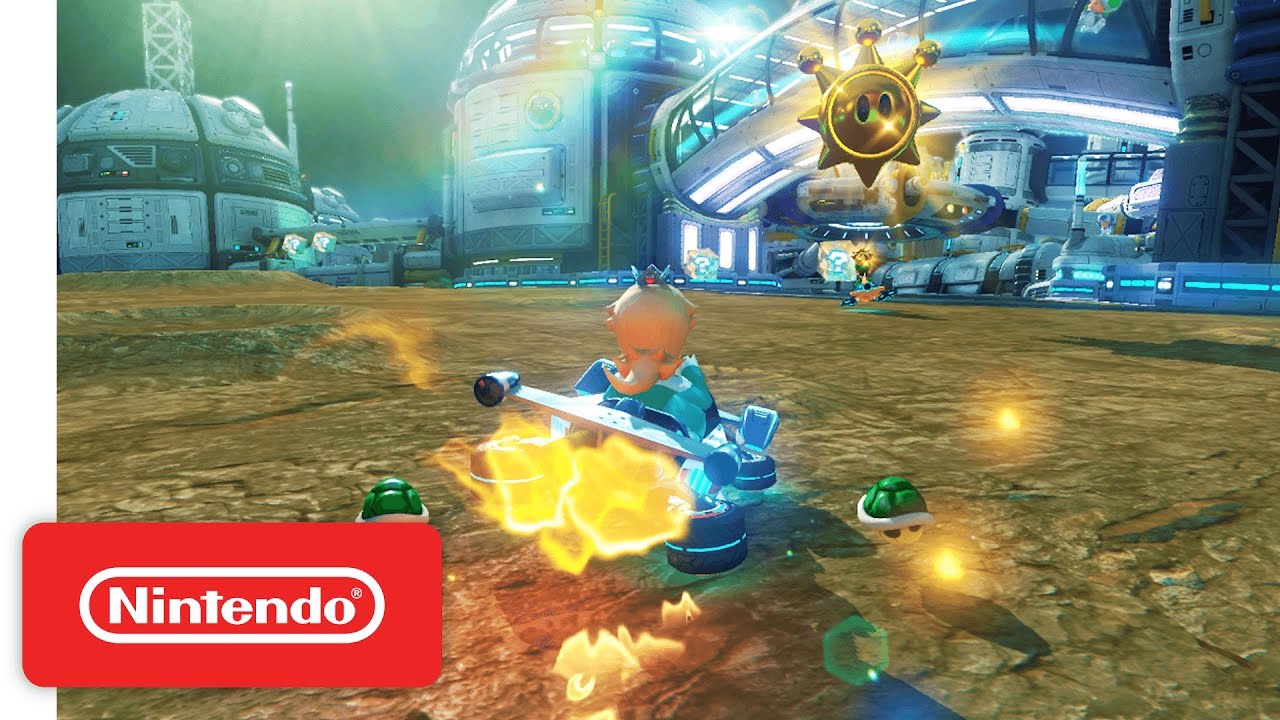 What about video game soundtracks you think are absolutely amazing? What are your favourites there?

I think I love video game soundtracks because they can’t rely on lyrics to make a song, so they are way more melodic than the music you hear on radio etc. My favourite soundtracks are from Zelda: Skyward Sword and Metal Slug! I also really love the music for a little game called F1-Race for the Gameboy, which is probably what got me into chiptune music.

Or on the other end of the spectrum, ones you’re not so fond of? Any video game soundtracks you feel are outright terrible, or even just somewhat disappointing for their series?

I don’t think there are many popular games with a terrible soundtrack, but I do hate it when music sounds way too happy or generic. A good example would be the music for the Dinosaur world in Super Mario Odyssey, it reminds me of the music you hear in theme parks which I don’t like very much.

Still, enough with the backstory questions for now. How exactly did you get started with this whole ‘music’ cover thing?

I was already interested in music at a very young age, we always had the radio turned on at home. I think it started with Habbo Hotel for me, where you used to be able to create music which pre-made sounds. It was awesome at the time!

How about the whole YouTube channel idea? What inspired you to set up one of those?

I wanted to give it a shot and share my music! The best platform to do that IMO it YouTube. I already kinda knew how it worked so it was a no-brainer.

A few quick questions about the actual songs now though. What’s your favourite cover of all the songs you’ve covered so far?

Definitely the Hyrule Castle theme from BOTW! It came out really good and the theme itself is also absurdly epic. 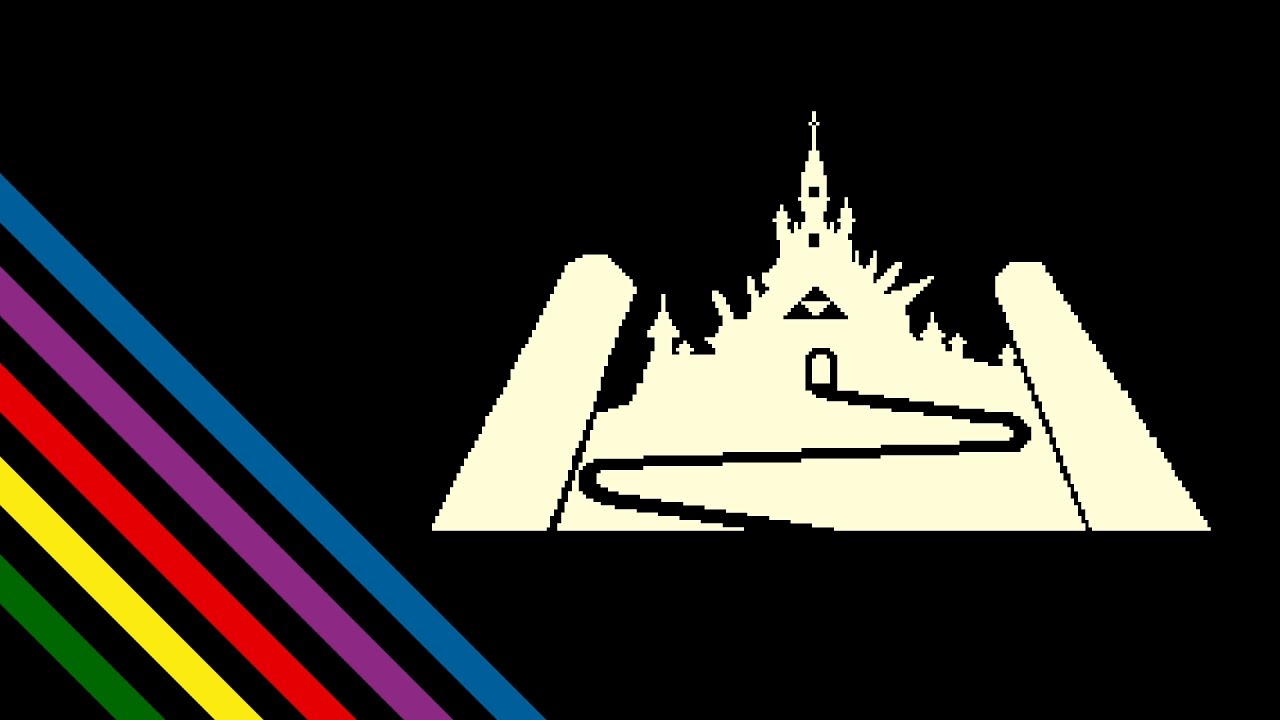 Least? Surely you must have one cover or remix you’re not too proud of any more…

Obviously my older songs aren’t very good anymore, because I didn’t really keep within the limitations of the NES. I’m also not to fond of the BOTW guardian theme, even though there’s not much I could have improved there I think. 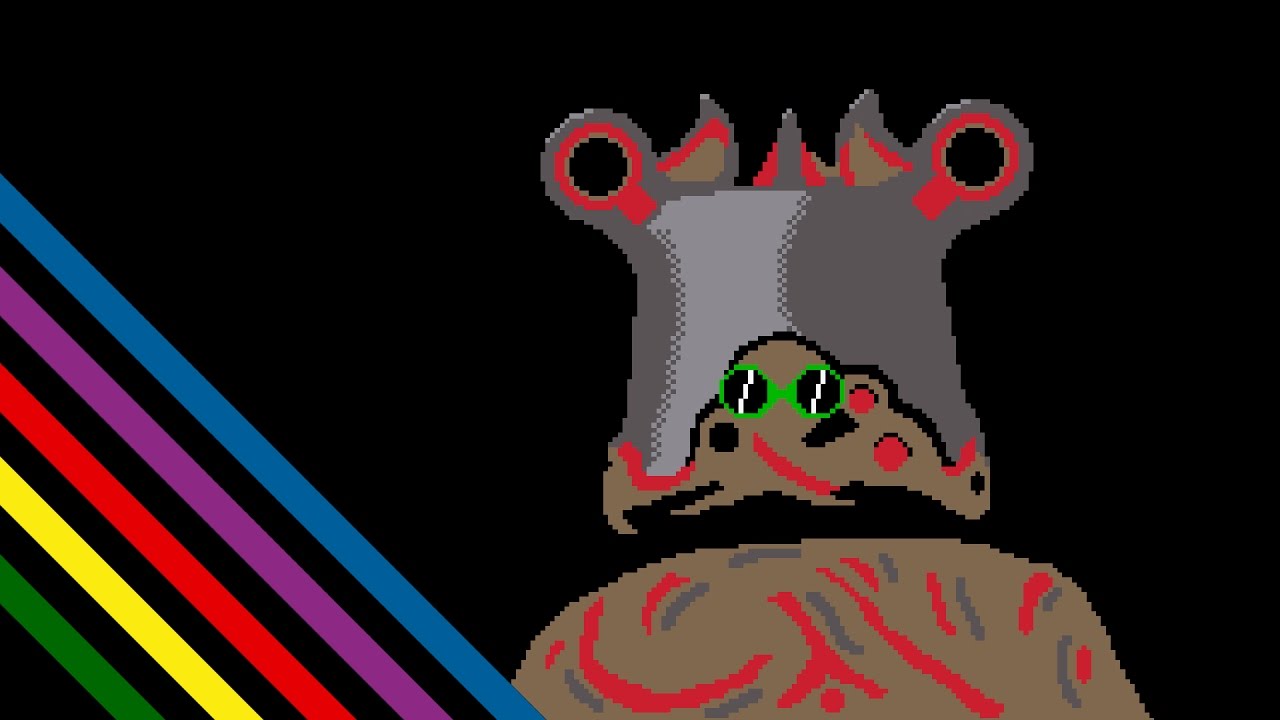 Any video game songs you’ve had suggested a ton of times (but which you haven’t made a cover of)?

Aside from Jump Up, Super Star from Mario odyssey, people mostly request that I make a song from a certain series. There’s been a lot of requests for Kirby, Metroid and Fire Emblem and I will definitely have a look at those soundtracks soon.

Out of those, any you feel wouldn’t work in this format?

Most Metroid songs are almost impossible, unfortunately. While I love the series, the music is very ambient which isn’t a good fit for chiptune music.

And on a related note, how exactly do you choose what songs to cover? Are they just whatever video game song takes your fancy at the moment? Or are there more criteria than that?

I like to make songs from new releases to celebrate a game’s launch. I also do songs that I get stuck in my head. And of course I have to like them myself, and as I’ve previously mentioned I don’t like music that sounds overly happy or generic.

A lot of your songs also seem to be from more modern Nintendo titles. Not all of them, but probably around 70% or so. Have you ever considered covering a few songs from the fifth or sixth generation?

I like to cover more modern songs because they are played with real instruments, whereas music from around the DS era still sounds very MIDI-esque. It’s more interesting to hear how music from a live band is turned into chiptune (even though it’s much harder). I don’t really look at generations however, I look at songs individually and see if I like them and if they would work.

Still, a quick tech question now. How do you make these music covers anyway? Do you find a MIDI of the song you want to convert, or remake it by ear?

My oldest videos are made using MIDI’s, but I do everything by ear now! The hardest part is the bass, because in some songs you can barely hear what note is actually playing, but it’s doable.

What about the process of actually making the video for YouTube? Because your videos not only sound great, they also look a lot better than most other similar videos on the site too.

After I finish the music, I have to create a MIDI for the visuals. I remove all echoes and drums, because the video is better when you don’t show those. After that I create a little image by shrinking an image down to about ~150 pixels. I start drawing over the image while also reducing the amount of colours used.

Either way, it seems to be working based on your YouTube channel stats. Did you expect more than 17,000 people to subscribe to you? Or many videos to reach more than 50,000 views?

Not at all! I had around 300 subscribers when I was uploading my Paper Mario music, but after the Prince Sidon 8-bit I gained subscribers much faster. Zelda BOTW was definitely a big help! 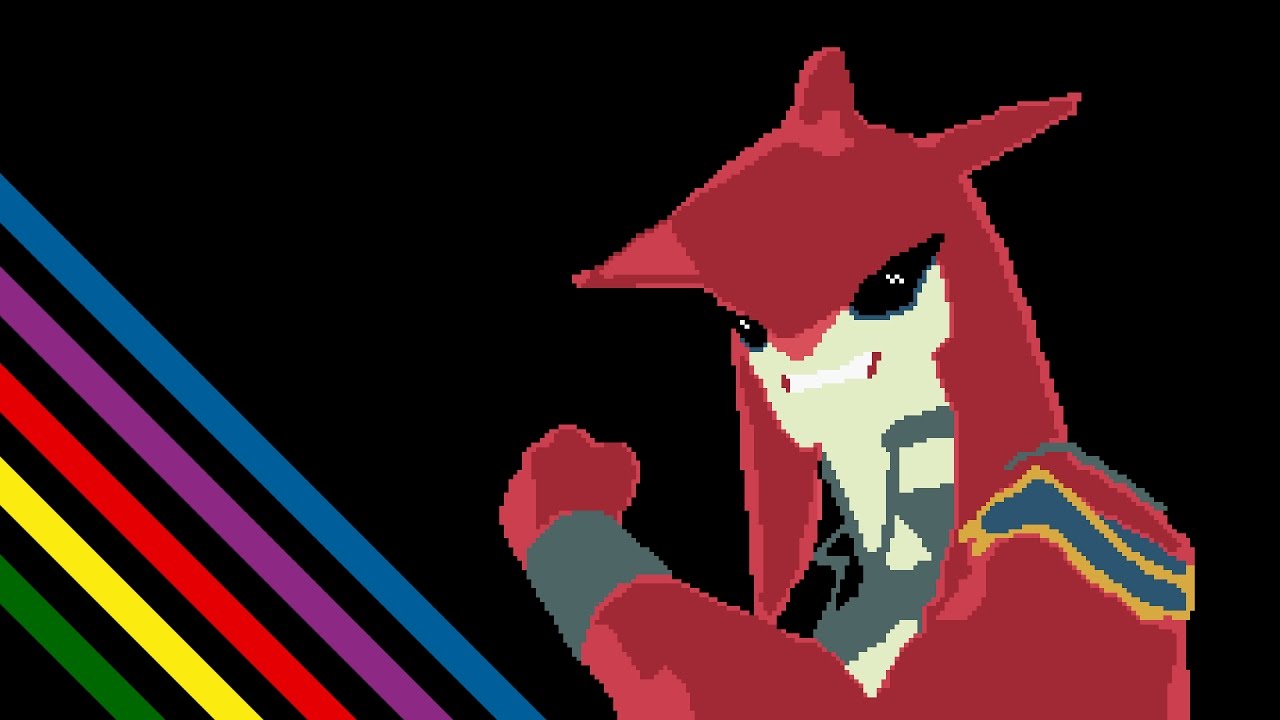 How about the popularity of your videos on Reddit? Because quite a few have been submitted there, and many have garnered quite a few upvotes on the Nintendo Music subreddit…

Yes, I’ve seen those. A lot of people have shared my work on different sites (Reddit, Twitter, Facebook etc.) and I’m sure that’s also a reason that started growing so fast.

What about a Patreon or something? That seems to be pretty popular with other creators on the site…

I have gotten a few requests for a Patreon account, but I always forget to actually check it out. It seems pretty interesting, but I don’t want to lock content behind a small paywall, but I’m sure there’s some other cool stuff I could do with it. I will give it a look soon!

There are also a few original songs on your channel as well. Do you plan to focus a bit more on those in future, perhaps as a way of getting known for more than music covers?

Yes, I want to create more original songs! Some of them are for projects and other just for fun. It would be a dream come true to become a small musician working for indie games or similar!

How about other ways of diversifying your content? I’ve seen a few musicians start posting everything from podcasts to Let’s Plays in recent years, so is that something you might do at some point as well? Or are you mostly sticking to music here?

I will probably keep focusing on music for the time being. I want to try out some different formats (like a livestream or how-to) but nothing too excessive. I’m also not that good at speaking English into a microphone, so no podcasts.

Finally, what advice would you give someone wanting to start up their own YouTube channel?

Make videos about things you like, not about things that are popular at the time (e.g. things like fidget spinner videos will be gone and forgotten very soon). I also believe that uploading videos with a consistent theme is better (like I only post music). Another thing that I think will help you get a good start is to give your channel a nice visual and applying it to your banner and profile picture!

And you know what?

We can’t agree more here. Yes you might be able to eek out a bit of cheap popularity by following trends or cashing in on drama. We all know there are people on YouTube like that.

But in the long run, it’s originality and a soul that help. Copycats like the Irate Gamer may have been able to cash in for a while, but eventually the world saw through them. If you’re not genuine, people won’t like you for long.

Be a creator people care about. Not a low effort clone trying to ride on other people’s coattails.

And leave the copycats in obscurity where they belong.