When it comes to Super Mario 64 ROM hacking, pretty much everyone knows Kaze Emanuar (or Kazeshin as he’s known on SMW Central). Responsible for ASM hacks involving everything from a rideable Yoshi to a Fire Flower power up and the sole creator of Super Mario 64 Last Impact, he’s seen as one of the most accomplished modders in the entire community.

And now, he’s discussing his works with us on Gaming Reinvented! So here it is, our exclusive interview with Super Mario 64 ROM hack Kaze Emanuar!

1. So, a quick personal question to start off. Can you tell us a bit about your background?

I’m a math student in Germany, have been hacking Mario 64 for 4 years, no prior experience in programming.

2. How about Mario 64 ROM hacks now? How did you get interested in those?

I first got interested when I saw star road. It was pretty cool to see that people made custom levels in SM64 and since I always liked inventing games I thought it’d be fun.

3. Back to your first hack now. What was it like developing Organ of Matrias?

My first hack is actually called “sm64: madness”. it was more like a playground for testing what the tools can do. it was a full hack with 122 stars that I’ve finished within 2 weeks and it really tells from the games design. It’s awful, don’t play it. 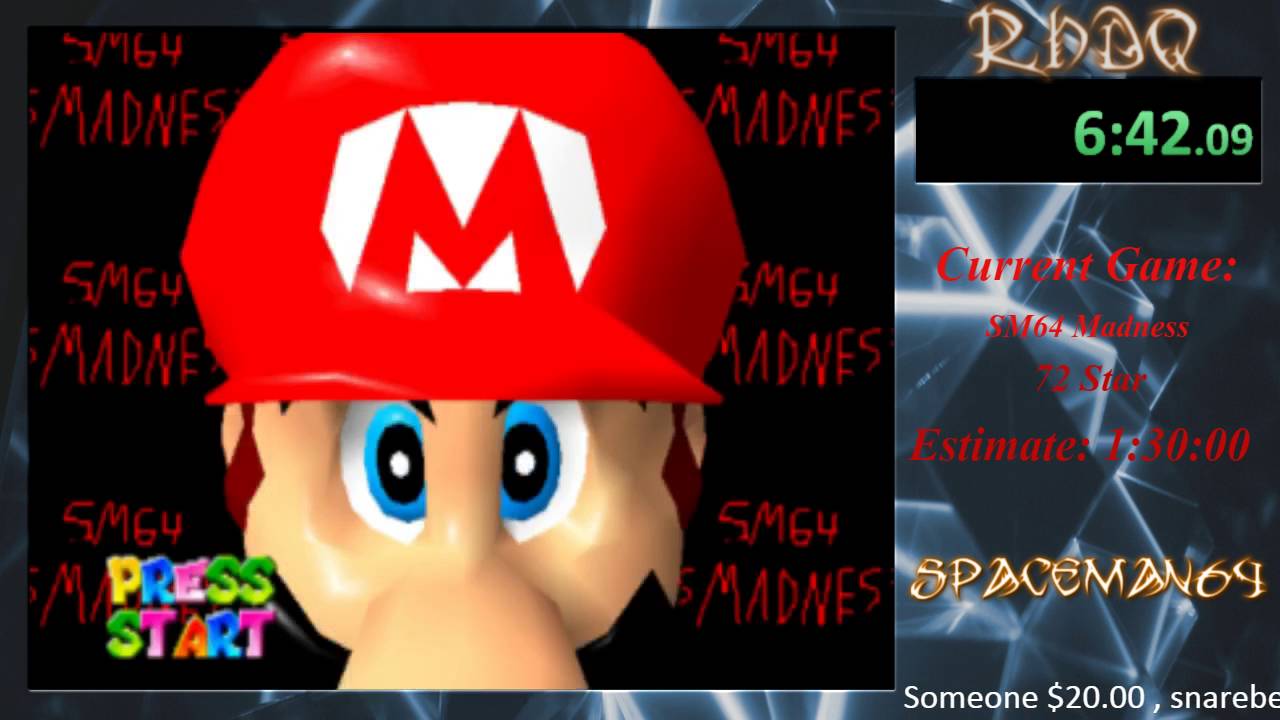 4. Another thing you seem to have a lot of experience with is ASM programming, with a lot of your hacks featuring a lot of custom gimmicks and game mechanics. How did you get interested in that side of Mario hacking?

I wanted the freedom to do whatever is in my mind and when I found some old documents from the people that first started rom hacking, I decided to look into it myself.

5. And were there any other hacks that inspired your work?

As I said before, Star Road first got me into hacking, but that game was more like a message “this stuff can be done” rather than something that inspires my hacks.

6. Onto Last Impact now. What was the inspiration behind that title?

The title is related to the story of the game.

7. According to what I’ve read, this game is going to have unique boss fights, which are a rarity in Mario 64 mods. Can you tell us a bit about any of them?

There are about 10 custom boss fights, there’s one that I’ve shown at a charity marathon before, so I can tell a bit about that.

It happens in the old ruins of an ancient culture that had a flying snake as their god. So after you’ve gone and inspected the ruins, the snake goddess appears and wants to throw you out. you fight the flying snake by getting on her back with the FLUDD power up. her body is build out of many segments (kinda like the Sonic Adventure lost world snake) that can be stomped out. 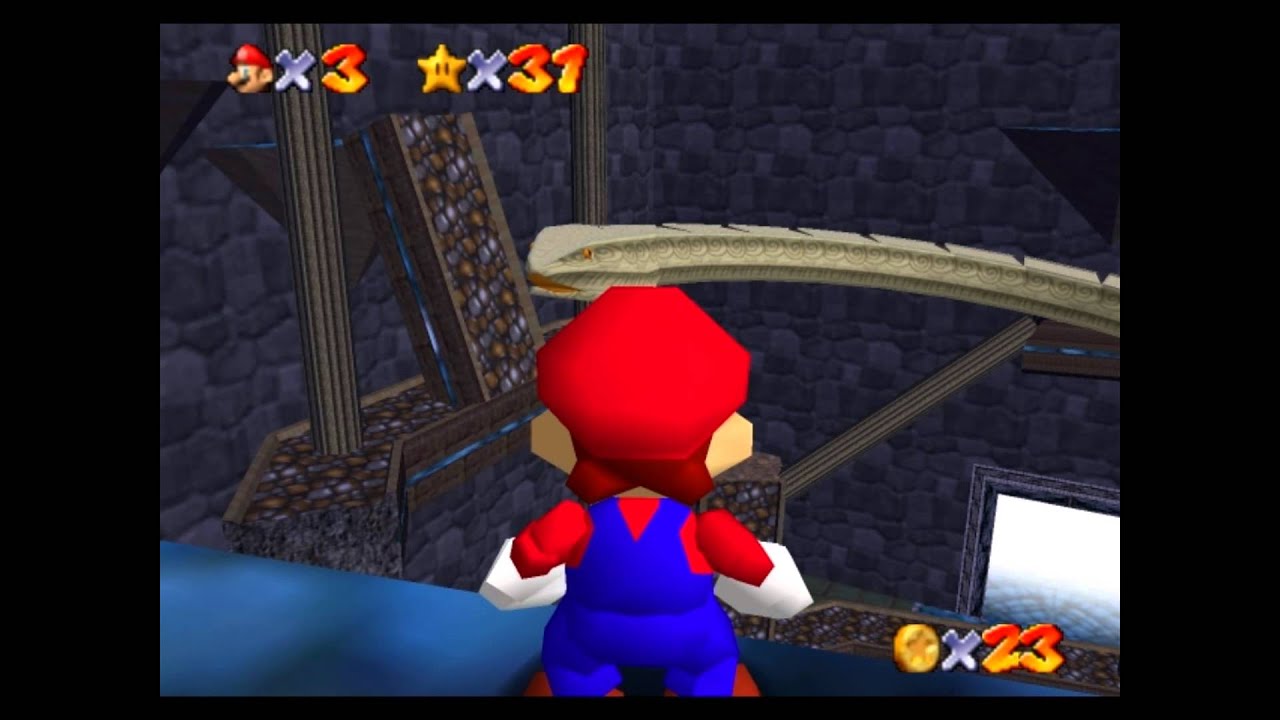 8. What about FLUDD? What made you decide to put that as a power up in Last Impact?

Whenever i cant think of any more stars to fit into a level theme I try to find a power up that would fit well into that level and that offers new possibilities for missions.
FLUDD fits quite well into an early level, because it makes everything so easy and because i could think of many fitting missions, so that was the perfect chance for that power up.

9. From the enemies and videos shown, it seems like a fair bit of the game was inspired by Super Mario Galaxy. Do you have a lot of memories regarding that game and its sequel?

I actually barely remember SMG and SMG2, played them 10 years ago. if you look at my spring Mario for example, my memory of that power up was way off.

10. What’s your favourite level in the hack so far? Why?

Hard to pick a favourite child

11. And are there any aspects you couldn’t get working/decided to cut out?

Nope, with ASM, you can do whatever you want. Though there are some things I’ve cut out, because I noticed casuals couldn’t beat them or that they were not fun enough.

12. What about difficulty? Because the wiki page and topic for Last Impact says it’ll have a reasonable difficulty level, so how did you balance that out? Cause a lot of ROM hacks do tend to be way too hard…

I’ve had casuals come over to my house and play the game, I observed where they had difficulties and then balanced those out by putting extra coins, making jumps easier or moving enemies.

13. Let’s talk a bit about Super Mario Run 64 now. Did you really make the whole game in just 3 hours?

Yes, the whole thing took 3 hours, though it should be noted that the music and many of the decorations were available online. I’ve only had to do the coding and the level itself.

14. How hard was it to make? Was it easy making Mario run automatically and limiting movement to a 2D plane?

15. So as you can probably tell, the game kind of blew up online. Did you expect so many people to play it? Or for news sites like GoNintendo to cover the title?

The video has 50k views, wouldn’t call that “blowing up”, but yeah it was in the realm of my expectations.

I was a little surprised by how many news sites covered it though, didnt think people would find it that interesting.

16. You also made a mod where every texture was replaced with Toad’s face. What was the thought process there? Boredom? A message about Paper Mario Color Splash? 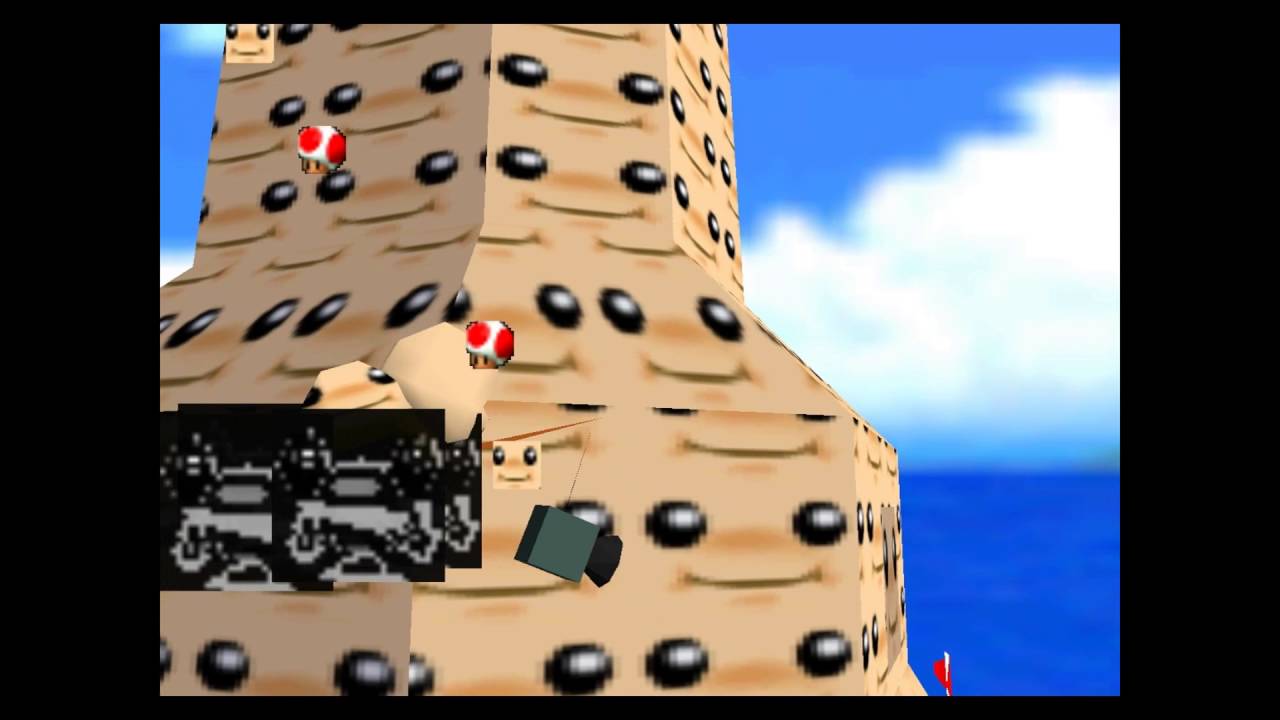 No, I’ve only made that hack because some of my subscribers were upset about me making the Super Mario Run mod instead of giving my undivided attention to Last Impact, it was basically a “fuck off I do what I want” message to those who wanted to make me their slave.

17. In a recent video, you posted a list of ideas for games to follow Last Impact (like a Mario 64 DS remake and a game where Mario has to defeat Donald Trump). Which of those do you think would be most fun for you to make?

The Legend of Super Mario would be most fun. you could unlock characters to go new paths, collect badges that help you solve puzzles, unlock item boxes for unique interactions and have a huge story around the gamework.

18. Another thing that’s happening a bit more recently are DMCA notices for fan games. Do you ever worry about Nintendo going after your own works?

Not at all, if they ever do, I’ll just upload a patch instead of a rom and they are screwed.

19. How about the whole Jason Allen thing? That name seems to stopped being used for takedowns at the moment. Do you think your video might have stopped the troll in his tracks?

Maybe he noticed that people noticed and didnt want any more trouble… I’m not sure.

20. And on a more general note, what do you expect to see in the world of Super Mario 64 hacking in the foreseeable future? Any interesting technological breakthroughs around the corner?

No, SM64 hacking hasn’t evolved in the last 3 years apart from my animation converter and the tool that Jedi started but never finished, that I now use to vertex colour. There is no one left that actually hacks the game after I leave, so its gonna be a while until something new happens, unless someone who is already experienced joins in. but even then, we basically have everything already, other hackers just need to start using it.

21. Any hacks you’re looking forward to personally? Any other promising Mario 64 hacks you’re watching over at SMW Central?

22. And while you’ve mostly made Mario 64 hacks for the last few years or so, have you ever considered making one for another game? Like Super Mario World, or New Super Mario Bros Wii, or Super Mario 64 DS?

I wont hack any of those horrible games

23. How about a fan game or indie game on a different engine?

I only do ASM coding and its really inefficient to do that for PC games, because it wouldn’t run on most computers.

24. Depressing I know, but do you ever plan to stop making Mario 64 hacks?

It’ll probably be my hobby as a creative outlet for a while, but I’ll definitely stop spending my life on it after Last Impact.

25. But let’s end this on a positive note, shall we? What advice would you give anyone who wants to start hacking Super Mario 64?

Watch my tutorials and try to understand them, Don’t just start using tools without learning about them.

And that concludes another interview! It’s was an interesting look at the world of Super Mario 64 hacking for sure, though it also made me a bit depressed about the state it’s in at the moment, especially the points about technology not really moving on much outside of Kaze’s work.

But what do you think about the interview? Was it enjoyable to read? Do you need anything else clarified? Because if so, head on over to the Gaming Reinvented forums or comment about it on social media today!