So, things have changed since this article. Basically, it’s been proven that it’s any Paper Broozer, not just Shiny ones, that can give you the Wellington Boots. This was a mistake we made because we were one of the first people to verify how to get the Wellington Boots, and only got them from Shiny Broozers (by coincidence) during our testing.

Secondly, these are the barrels the Paper Broozer throws, not the paper ones. Don’t know where people were getting this wrong, since our article clearly points out what attack has a chance of causing the boots to appear.

Finally, there’s no conspiracy theory here. This isn’t GamerGate or Game Journo Pros or whatever, we’re not trying to stop people getting this item. And yes, once you get them, you get two pairs at once. To avoid having to grind for another however many hours.

Have you ever played a video game, and found that some item or area is hidden so well, that you need to be psychic to find it?  Maybe it was those last few djinn in Golden Sun (or even just Crossbone Isle itself in the first game).  Perhaps it was trying to get a Milotic in Pokemon Ruby and Sapphire, where you apparently need to make a rare, extremely ugly fish ‘beautiful’ before it would evolve.  Or maybe it was about the Kinstones in The Legend of Zelda The Minish Cap, a collectible item which made up perhaps the most infuriating sidequest in Zelda history.

Those were pretty annoying, weren’t they? 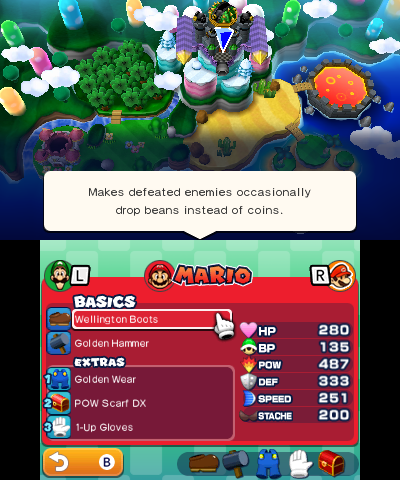 They make enemies drop beans when defeated.  Which, if you haven’t played any Mario & Luigi games, act like the Rare Candies and Vitamins in the Pokemon series.  They boost your stats permanently for every bean you eat.

Above: A video showing these boots in action

This obviously makes them pretty powerful items to have.  Someone who’s ate enough of the beans dropped by these can one shot everything in their path all the way to the ending and credits sequence.

But how do you get them?  By going through hell basically.  You see, back in Dream Team (where these items originated), you got them from killing a Flaming Antasmaton, a fairly common robot in Neo Bowser Castle. It was a rare drop (just 1% chance), but it was doable.

In Paper Jam?  You need to do the following: 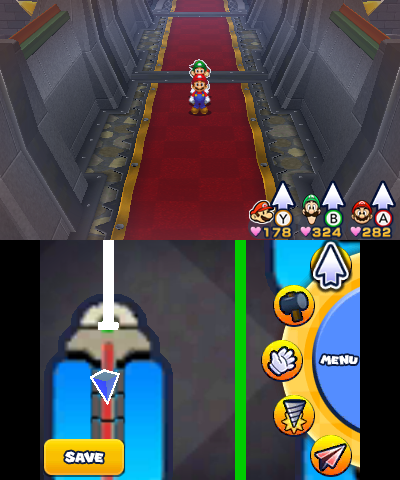 Above: This area is part of Neo Bowser Castle

But these aren’t everywhere.  And most Broozers don’t fight alongside paper versions.  So you need to basically fight the enemies in certain rooms of Neo Bowser Castle. 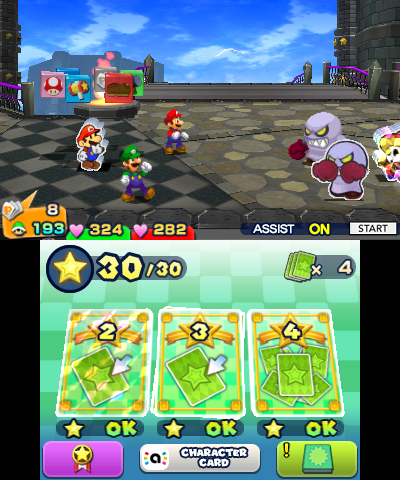 Above: Nice Shiny Sombrero Guy (more on him at a later point).  But those Broozers aren’t shiny… 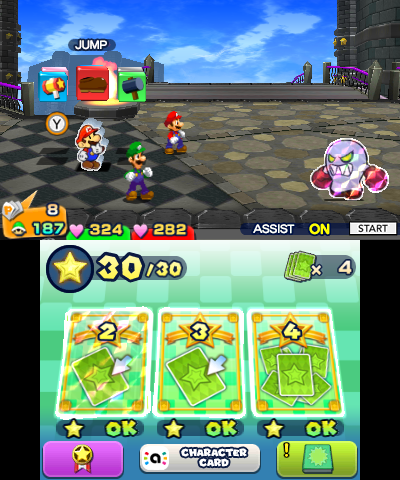 Above: This one is.

But wait again!  You know how every other game has you kill the enemy for the rare drop? 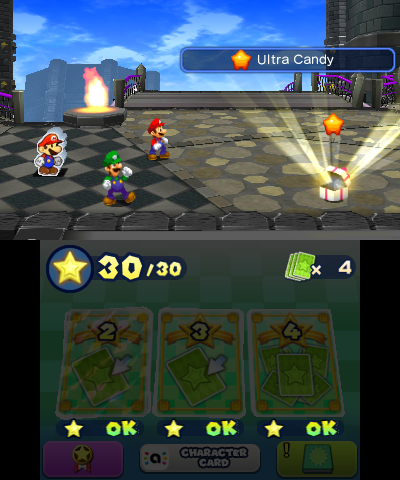 Above: If you kill a Shiny Paper Broozer, you will ONLY get Ultra Candies.  Well maybe, you might also get Crystal Boots like you would from a normal Broozer. But those are useless.

Well not this one.  Instead, these enemies have three attacks. One of them (where they lob barrels at the party) has about a 1% chance of dropping an item if you counter attack successfully.

For the most part, these drops are (from most to least common), a coin, a few coins, a fuzzy (which flies off screen), a bomb (which does damage to the enemy) and a bean.  Yes, a single bean.

But what the game doesn’t hint at it, is that there’s a maybe one in a thousand chance of the barrel dropping… a pair of Wellington Boots. So you’ve got what’s likely a 0.5% chance of getting a rare piece of gear, from a counter attack you do against an already rare enemy in a very specific part of the game.

It gets worse.  You see, the barrel attack… there’s not a fixed amount of barrels the enemy throws.  It can throw between 2 and 5 in a single turn.  Get only 2 barrel shots at a time for hours on end?  Well, sucks to be you I guess.  At least you’re not that poor schmuck (*points to some random individual in the distance*) who’s probably sad because the enemy is only trying to punch Mario and co in the face rather than throw barrels…

How bad is this?  Well, you can dodge attacks without getting hurt or killing the enemy if you use Boo Biscuits.  These will keep the enemy attacking (harmlessly) for two turns apiece. 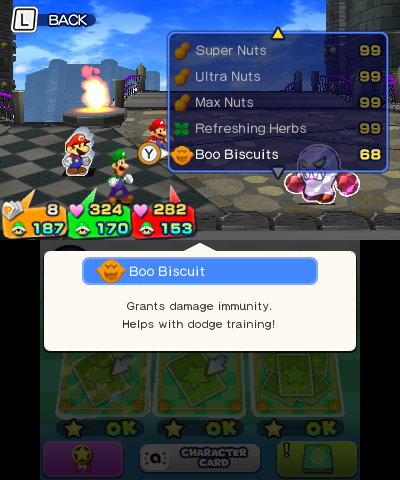 Above: Using a Boo Biscuit

By the time I have gotten these boots, I had used more than NINETY NINE Boo Biscuits.  Oh, that’s only one time by the way.  Counting all previous attempts (and the later set that finally got me the item), I had used over THREE HUNDRED Boo Biscuits.

It is absolutely insane.  This is stuff you basically need a strategy guide to figure out, because there’s no way in hell you’ll do so otherwise.  Talking of strategy guides… wonder how the poor souls writing the Prima guide are getting on?  Cause the random drops in this game are ridiculous to figure out, and some of the missions aren’t much better.

Edit: I was wrong. You can find Dry Bones, Boomerang Bros and Big Tail Goombas in Neo Bowser Castle. They’re in the room with the boost pads. Rare, but they’re possible to refight for eternity.

In conclusion?  Go to hell AlphaDream, this sort of crap is just stupid as all hell and is utterly unfair for anyone going for 100% completion.  And those people buying it in about a week or two?  Yeah, you might want to read a walkthrough or a something if you’re after 100% completion, because otherwise stuff like this will drive you to insanity.