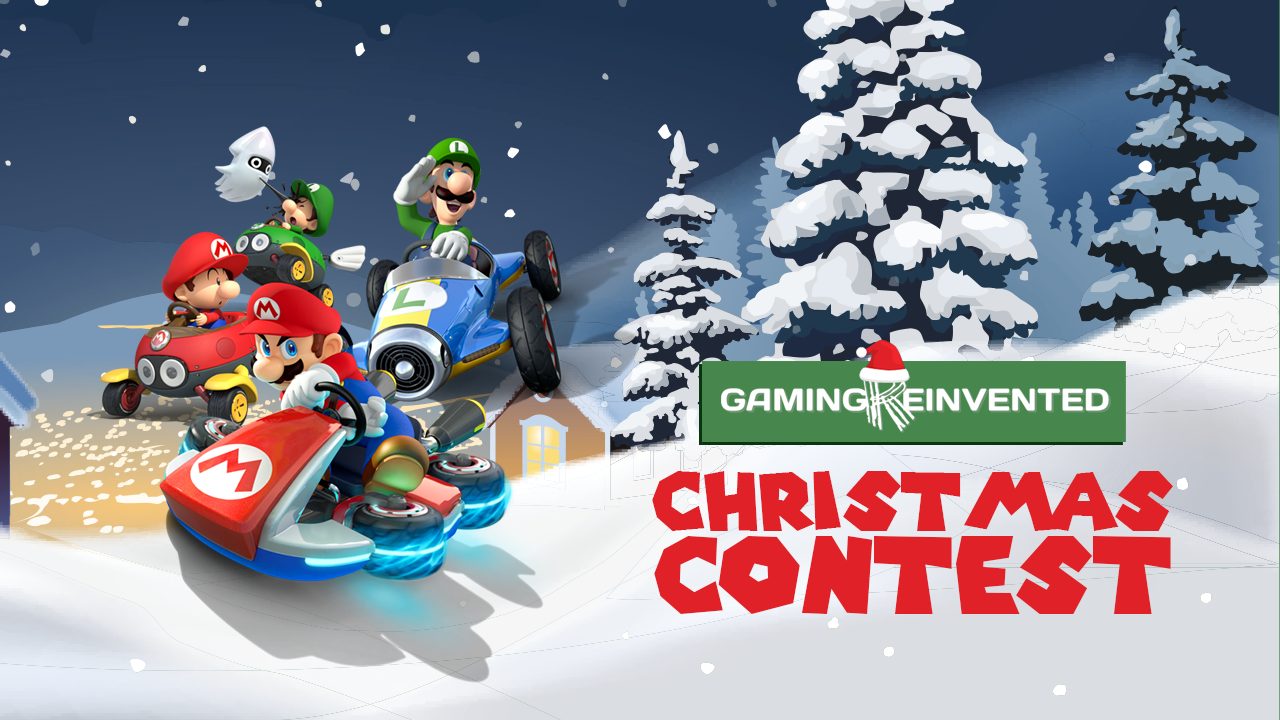 Are you a Mario Kart maestro? Do you feel you need a bit of festive cheer to liven up these dark days? Want to test your skills against the best Mario Kart players the internet’s gaming communities have to offer.

If so, it seems you may be in luck. That’s because this Saturday at 8pm, Gaming Reinvented is holding our third Cross Community Mario Kart 8 Deluxe tournament, where players from all of the internet can compete for a $150 cash prize.

Here’s a list of the communities participating in the event, which is mostly the same as it was the last time around:

And as per usual, the list of rules for the tournament. These haven’t really changed since the last time round to be honest…

As you can see, it’s pretty much everything you’d expect from a tournament like this. The speed is set to 150cc, the item frequency is left as it normally is and all karts and characters are obviously welcome too. Plus if you’re really struggling, smart steering is allowed too. It probably won’t help you win, but hey, it may help you stay on the track slightly longer than you might otherwise.

Like all events on the server, it takes place 8pm UK time too. This is GMT at the moment, so it translates to the following in other regions:

So if you’re a Mario Kart fan interested in a bit of festive cheer, give it a go! It’s 100% free to enter, and you only have to be a member of any one of the above listed communities to participate.

Here’s a link to the entry form:

Let’s see who’s king of the road this time around!

As per usual, here’s a quick FAQ about the event

Cause we tried the friend code method last time, and let’s be honest, it was a bit of a disaster. So we’re reverting back to the tournament code one instead.

So it’s exactly the same as in the first tournament?

Not quite. Instead of having multiple communities going at once, we’re just gonna have one community/tournament code, and let the Nintendo algorithm decide who ends up in which race, with the top 12 going through to the finals based on their points at the end.

Okay then… Why do things this way?

How do the finals work?

The top 12 players from round 1 play another 12 races to decide who wins the tournament (and money).

Fair enough. Why is the tournament this Saturday, not the Saturday after?

Simple: because most people want to enjoy Christmas with their families, not spend it online playing video games and chatting on Discord. How many people do you think are going to spend Boxing Day playing in a Mario Kart 8 Deluxe tournament?

So we decided on the last week before Christmas for practicality’s sake.

Ah okay. Do I need to join the Gaming Reinvented Discord server?

Not necessarily, but it makes things way better if you’re able to join voice chat and talk to other people competing in the tournament, and our server is the one with the official voice and discussion channels for the tourney.

Yeah, we’re using a Discord voice chat channel to talk about the tournament here. There’s also a text channel you can use for other discussion too.

Just remember how the game works in general. Only a select few tracks come up to choose each race, and the winning track is randomly chosen based on people’s votes. So your choice might just not come up.

Sure, but don’t. We still hate that guy who chose Mute City every single race last time around…

They lose. What? If someone hasn’t played all 32 races, there’s basically no hope in hell of them getting enough points to make the finals.

Are there any rules against cheating?

Well sure, but the only way you can cheat is by outright modifying/hacking the game, since we allow all in game tricks and techniques to be used.

Absolutely. Anyone can record or livestream the tournament.

In fact… if you’ve got a good livestreaming setup for Switch games, could you record/stream the tournament for us? It’d be nice to give people something to watch if they’re not participating.

Oh, and if you’re a really good player and make the finals… yeah we’d appreciate it if you streamed the finals too. Give us losers something to watch after we get knocked out of the tournament!

Absolutely. The only rule there is that I (CM30) cannot win the money, since I’m the one awarding it.

Then we’ll wait a bit longer and then follow up in a few days. If still nothing, second place wins the prize instead. And if they don’t answer then it goes to third place, then fourth place, etc.

So should I leave my DMs open?

Yes. We need to be able to contact you about the tournament while it’s ongoing.