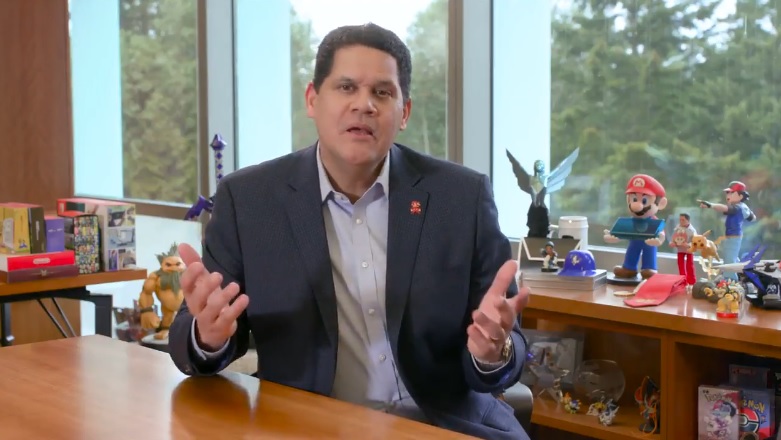 Ever since 2003, Reggie Fils-Aime has been one of the main faces of Nintendo. Acting as its chairman throughout the GameCube, Wii, Wii U and Switch era, Reggie has been front and centre in all their presentations, featured in countless internet memes and identified with the company as much as Shigeru Miyamoto has.

Here’s the video about it straight from the company:

Nintendo fans, Reggie has a message for all of you. Please take a look. pic.twitter.com/EAhaEl5oEJ

As you can see, there are no hard feelings there. nor any financial incentive for Reggie’s departure. Instead, he just wants to retire to spend more time with his friends and family. Good on him we say, that’s something we don’t see enough of in this industry.

And good on him for his choice of successor too. Because as also mentioned in the video, Nintendo Marketing and Sales head Doug Bowser is taking over Nintendo of America as his successor. That means that yes, we now do indeed have someone named Bowser taking charge at Nintendo. Guess his trip to the Metro Kingdom paid off after all!

Jokes aside, Doug Bowser already has a good deal of experience marketing products and running companies, and with his history in games and willingness to embrace internet memes and other silliness, it seems likely he’ll do as well here as Reggie has.

So enjoy your retirement Reggie, and welcome to the NOA Present role Doug! Let’s see what 2019 brings for the company.