How to Dismount a Blooper Racer in Super Mario Sunshine 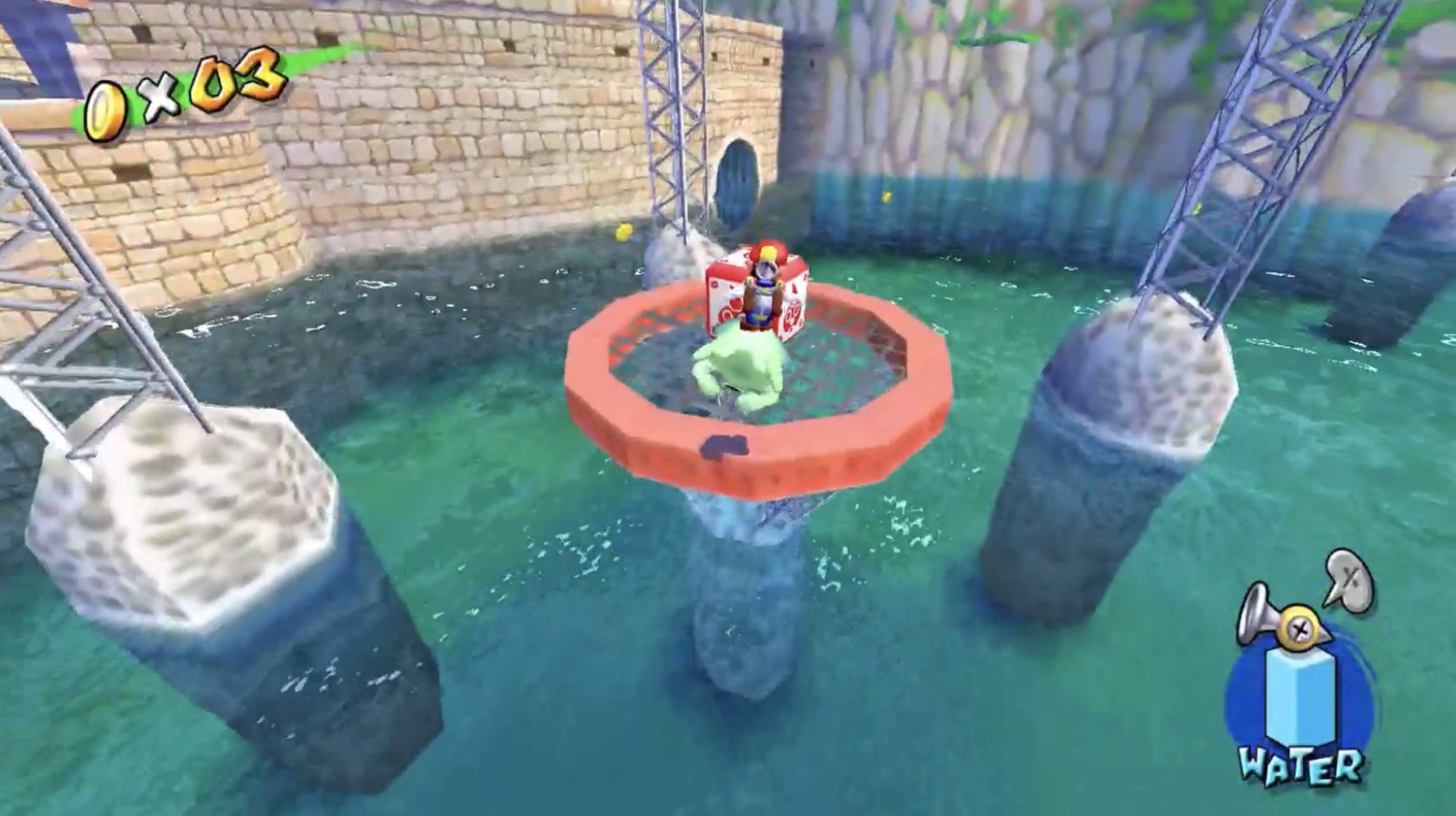 As anyone who’s played Super Mario Sunshine likely knows, two of the missions in Ricco Harbour involve riding Bloopers across the level. In these missions, any contact with walls or objects means instant death and there’s seemingly no way to get off the Blooper if you change your mind. It’s an awkward set up, and one that has resulted in more than a fair few embarassing deaths as a result:

THERE IS NO WAY THIS JUST HAPPENED.
SUPER MARIO SUNSHINE IS OUT OF POCKET. pic.twitter.com/IF2RWa6uo0

However, hope is at hand here. Yep, unmentioned in game (and unknown to most of the internet), there is indeed a way to get off a Blooper in this game. It’s a trick which makes Red Coins on the Water significantly easier to complete, and which can even be used to remove all the Bloopers from the mission altogether.

Here’s a video from our YouTube channel illustrating how it works:

Plus a bit more of an explanation in text form, for those who prefer it this way:

Basically, there are two objects in the level that do not kill Mario instantly if he hits them on a Blooper. These are the rocket nozzle box under the helipad, plus the Piantas using swim rings near the ship at the start of the level.

If Mario interacts with these on a Blooper, the Blooper will suddenly despawn, and he’ll be free to explore the level at his own pace once again. Here’s a video showing this trick with the Rocket Nozzle box:

As well as one for the swim ring:

So if you’ve got all the red coins, don’t just try getting the Shine Sprite while still on a Blooper. Use one of the objects above to knock Mario off first.

That way, you’ll be able to collect the Shine without worrying about Blooper physics, deadly walls or other obstacles!