Final Fantasy 7 Remake is a Huge Problem for Square Enix

Rejoice Final Fantasy 7 fans, raise your over sized swords and slick your spiky hair for Square Enix is bringing out Final Fantasy 7 Remake to PlayStation 4 next year, they say March 3rd 2020 in the trailer above but I will peg a delay somewhere. Now this is great and all, but its making a huge problem for Square Enix which is… how long is this going to take?

What is releasing next year is part 1 of the game, consisting only of Midgar from the first bombing mission to escaping the city to start the long Sephiroth hunt which this release will have 2 blu-ray discs worth of content, though this is mostly more for the graphics and cut scenes than actual story. To get this far it has taken Square roughly three or more years to make just this part one, even if the same renders can be used it will easy take at least three years for the upcoming parts to release. Going off this chart here which outlines the game plot: 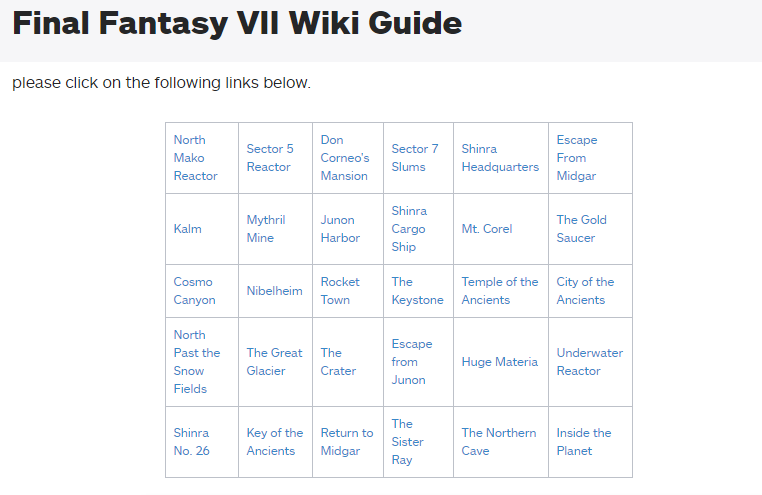 It shows that Final Fantasy 7 Remake is going to have roughly 3-5 parts to it, which given each part will take about three years to make or more, we’re looking at a roughly 15 year project! 15 years, that is a long time for any game and there is a lot of variables that could happen that could kill it as well from poor sales (don’t wait for a complete collection to buy this folks) to change of staff or just lack of interest of getting it to the end (half-life anyone?). That’s 15 years that staff can’t work on other projects, so does this mean that Kingdom Hearts 4 or Final Fantasy 16 won’t see the light of day for the next 20 years? Not to mention this project will span into another console generation, maybe even two. That’s right, we will most likely see the release of PlayStation 6 before seeing the final part of this huge remake re-imagine project.

Can Square Enix really afford to be working on something for so long? It is possible to throw all their resources at this game to move it along quicker, but as they say haste makes waste and Square has come too long now in this to back out now.

So let us know what you think about this in the comments below or on the Gaming Latest forums.