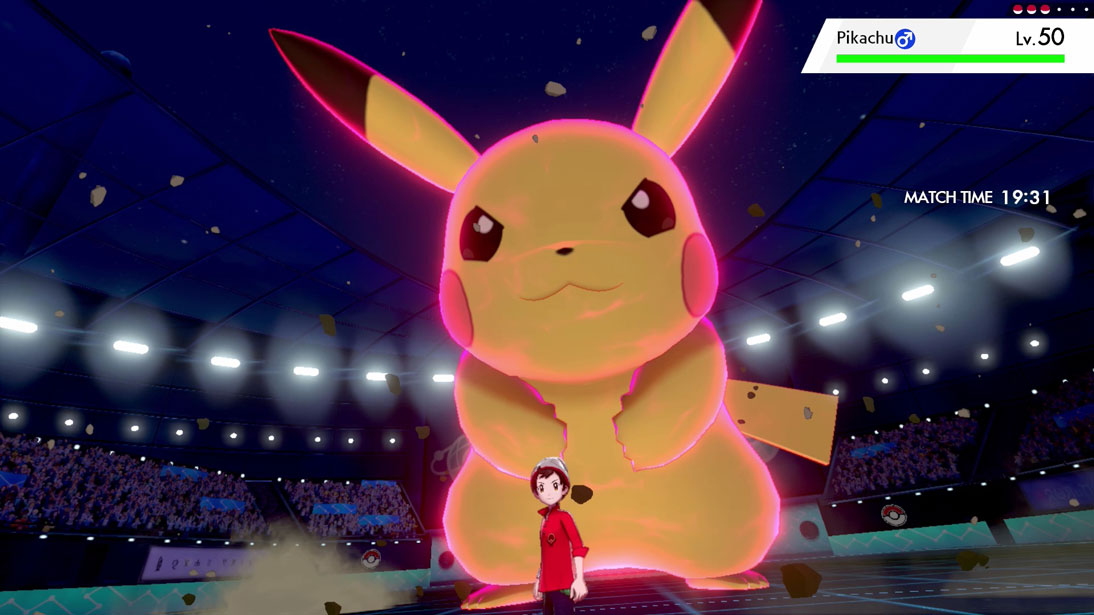 As you may know, we’re not exactly fans of most leaks here on Gaming Reinvented. That’s because the majority aren’t founded in anything resembling factual reality, and because they’re so simple to fake/so numerous than it’s really not worth talking about them. As a result, the only ones we post are those where we know the game was leaked online, and where multiple sources are corroborating the same information.

But there are exceptions, and this recent 4chan leak is a perfect example. That’s because despite being posted significantly before the recent Pokemon Sword and Shield Nintendo Direct, the leak identified a significant number of characters, names and mechanics that are going to be present in said title. Let’s have a look:

Your rival is named Hop, but you will also be facing of against Bede and Marnie

Well that’s a good start. The leak completely nails the name of your main rival, though the existence/names of the other two obviously need to be confirmed.

Team Yell is the gang in this game, who are well meaning fans of Marnie causing trouble

This logically follows from the above, though it’s unprovable until Bede and Marnie are shown to be in/not in the game.

To become part of the gym challenge, you will have to get an endorsement. Bede gets an endorsement from Chairman Rose and his secretary Oleana

See above. It would be an interesting setup if true though.

Eternatus is the evil legendary. The other legendary will be a wolf, who will either have a shield mane or hold a sword like Great Wolf Sif. Don’t recall its name.

Eternatus is unknown, but it seems pretty likely given the existence of Necrozma and what not. Also, the two mascot legendaries for his generation are indeed wolves with shield manes and holding swords respectively.

Dynamaxing and Gigantamaxing are new dynamics that will supersize pokemon in specific areas. Gigantamaxing is different from dynamax as it changes what the pokemon looks like. Meowth looks like long cat. Lapras gets layers like musical bars to its shell and musical notes. Pikachu looks like retro fat pikachu

And this is spookily prescient; not only was the whole giant Pokemon in certain areas mechanic shown in the trailer, but it was also explicitly named Dynamaxing too. That’s a name that seems quite difficult to come up with at random unless you have some sort of inside information.

Sonia is Leon’s former rival who is researching the dynamax phenomenon at the behest of her grandmother and professor of the game.

The fact the professor’s grandaughter is named as Sonia is again, pretty unlikely to come up by chance, especially in tandem with the previous point in the leak. Another point for accuracy here. 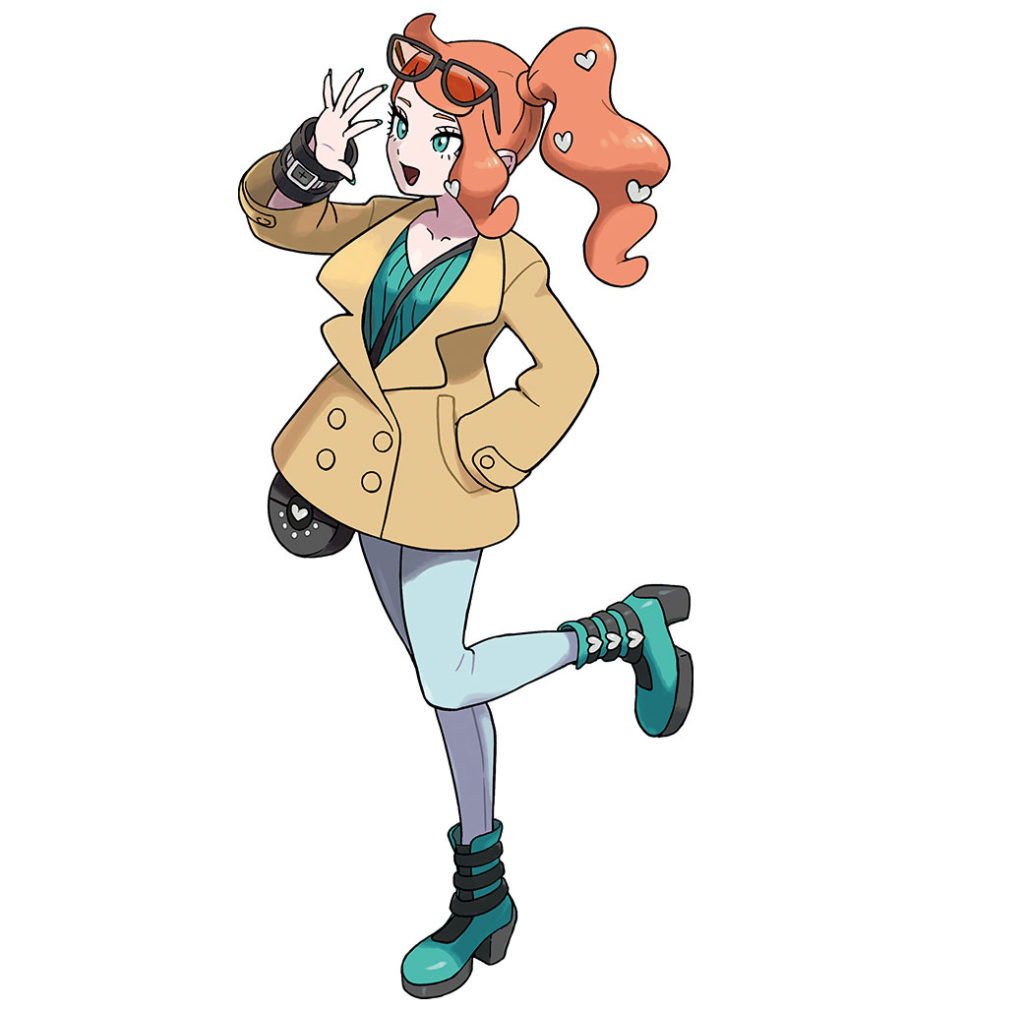 Can’t prove this one way or the other, though it would be great to see new evolutions for familiar Pokemon. We all know Farfetch’d deserves it after all.

Skwovet and Greedunt iirc are chipmunk pokemon who will hide in berry trees and attack randomly if you shake for too many berries. If they attack, you lose half the berries that dropped.

The fourth gym is the first Fairy type gym, led by an actress named Opal. Milo, Nessa, and Kabu are the first ones.

Okay, so we’ve got dynamaxing, a professor with a grandaughter called Sonia, wolves with swords and shield manes, a rival called Hop and now a first gym leader named Milo. By this point, the leak has gone from ‘eerily similar, but plausibly based on guesswork’ to ‘if this is a coincidence, buy the guy a lottery ticket’. 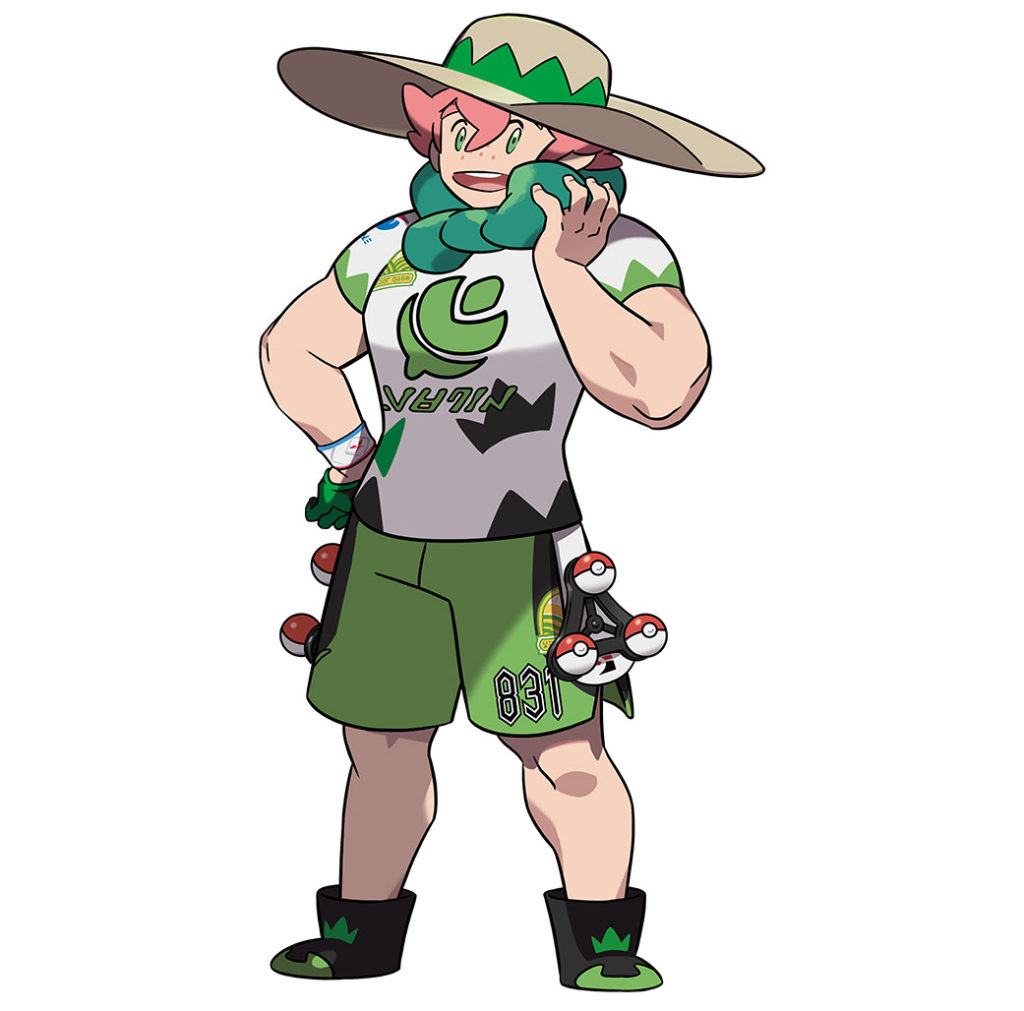 Before fighting the gym leaders, you have to complete the gym challenges.

Add Wooloo to the list, since a sheep Pokemon named exactly that was revealed in the Direct. Oh, and it rolls around too. 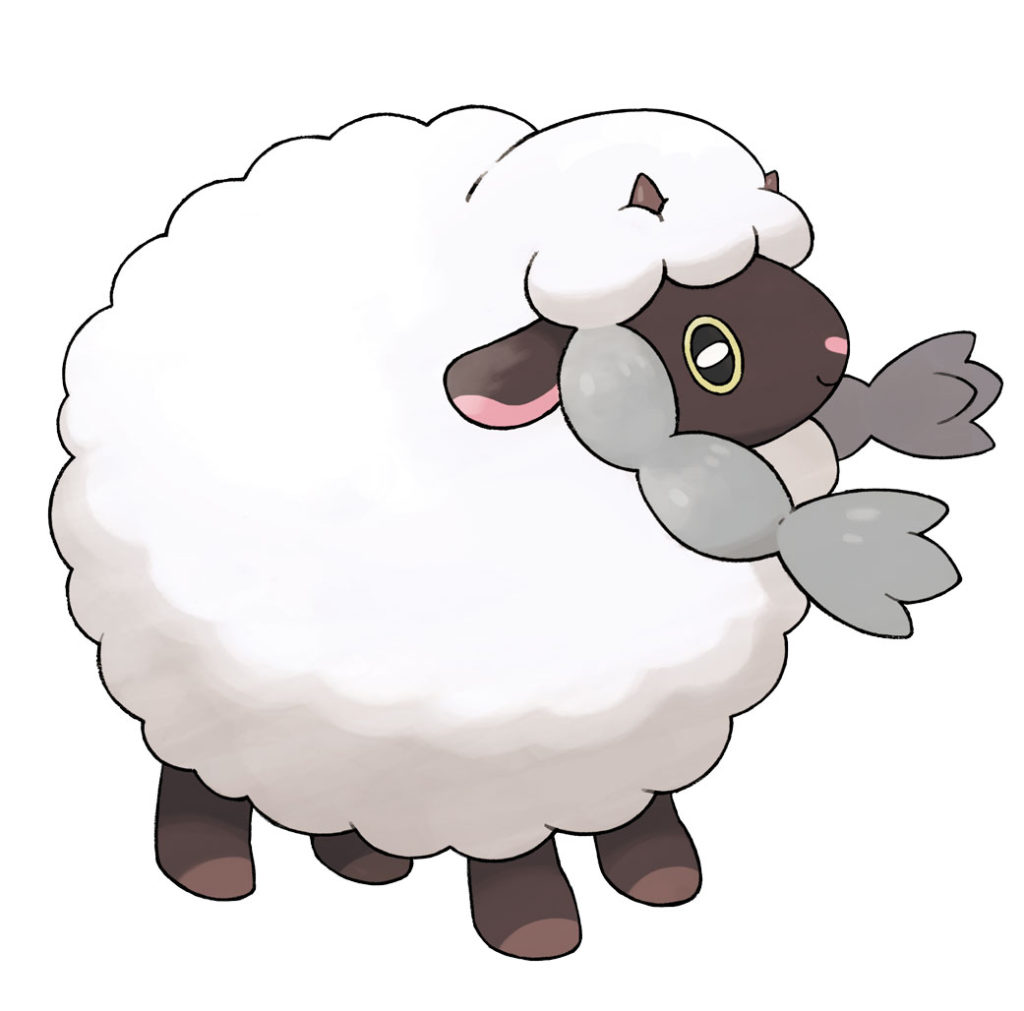 While there is a transit system, you will have to go through the Wild Area at times, an open world biome that has a weather system and little pockets where wild pokemon dynamax and have to be beaten in a for person raid. You will randomly see nearby players and interact with them to get their league cards and items

The predictions keep getting more accurate, with mention of an open world ‘Wild Area’ and wild Pokemon that dynamax and have to be beaten in a four person raid.

It’s safe to say this has gone from ‘plausibly a lucky guess’ to ‘this guy is certainly working for Nintendo in some capacity’.

Camping is how you play with pokemon now. You’ll get two toys, a feather toy and toy pokeball, which can raise friendship. You can make curry which will raise starts and friendliness

Pokémon will not walk beside you in the overworld map

Scorbunny will have fighting moves, but is pure fighter. It becomes Raboot, but I don’t remember the final evolution, except that it looks like a fighter. It looks humanoid

Sobble becomes Sizzile and then Intelleon, a chameleon with a spy theme

Grookey will end up as a giant gorilla that beats a wood drum to attack.

Can’t say much here, other than the rumours sound pretty neat for the most part. Fans won’t like Scorbunny becoming a fighting type in its final form though, even less it being humanoid.

Either way, it’s looking almost certain that the leak is real, and that its poster knows at least something about Pokemon Sword and Shield.

But could it not be?

Is there any way something like this could be faked?

Well yes, but this example doesn’t appear to be. You see, there are two ways in which people online can fake predictions like this. The ‘guess all possibilities and remove failed ones’ way, and the ‘backdate their content’ way.

And both work as you’d expect them to. For the former, the hoaxer posts a ton of social media comments or blog articles about an event, usually with a mad libs style setup that can be adjusted for each possible outcome. So for the World Cup, they’d post tweets about every team winning the final, and for an election, for every party or presidential candidate winning the election.

Then the second the results come in, they’d go back and simply remove/hide the failed predictions, giving people the impression they’re the next Nostradamus. It’s a common trick, and it’s explained in more detail in this Medium article.

Yet this doesn’t appear to be the case here. No other messages from the poster were deleted on 4chan once the Direct aired, and even if they had been, the logistics would make it impossible. These ‘all possibilities’ hoaxes only work when the number of outcomes is extremely low, and where knowledge of things like names and dates isn’t a necessity.

‘Predicting’ all these NPC, Pokemon and mechanic names this way would be impossible.

Possibility 2 is that the post is backdated, or the date itself is faked. This is pretty easy to do if you’re hosting your own site, and you’ll notice we’ve done similar stuff here in the past too (albeit to keep posts on old topics in the right place on the home page).

But it’s not at all plausible on many third party sites, 4chan included, since you can’t edit post dates on said sites. What’s more, a quick look in Google shows that thread did exist before the Direct.

So that possibility doesn’t really work either.

The only one that does is that the poster is the insider they claim to be.

Still, that doesn’t technically mean everything has to be real. No, while we may be an insider, it’s plausible that some of his own info is still wrong.

And there are two reasons for this. For one thing, not every employee of a company knows everything about an upcoming product. Indeed, those who aren’t directly involved often only know where they’ve heard through the grapevine, not the full story.

Hence it could be distorted somehow. Like, he may have heard about a team called [something that rhymes with Yell] and misheard it as ‘Yell’ like in the leak. That’s one possibility.

The other one is that the info is partially incorrect on purpose. That sounds strange yes, but it does happen for high profilee series now. They give each person involved a modified script or what not, then use it to see who leaks information and to stop the interesting details getting out. As seen with Avengers Infinity War here.

So there’s a possibility some of this info may be fake, and that the leaker has basically jeopardised their career by posting it.

But it’s impossible to tell, and for now, we’re gonna take this leak at its word. It just lines up too well with the recent Direct reveals to be false, and contains too many specific names and details to have been faked or guessed.

Still, what do you think about it? Do you believe this leak is genuine? Do you think the person who posted it really was a Nintendo employee with some insights into Pokemon Sword and Shield and the then upcoming Direct?

Or is it somehow still a coincidence?

Tell us your thoughts in the comments section below, or over on the Gaming Latest forums today!