Back in 2017, a way to farm ancient parts was found in the Legend of Zelda Breath of the Wild. Known as the World Reset glitch, it involved warping from the Trial of the Sword to a Divine Beast, then going elsewhere on the map. By doing this, important flags wouldn’t be set, meaning you could farm treasure chests and tip over Guardian shells to flood the screen with ancient parts

It was a great glitch, and for a while, broke the game wide open.

But it was quickly patched afterwards, rendering said bugs useless in the process.

However, it turns out that isn’t the end of the story! No, the infinite parts glitch is indeed still possible after the patch, albeit with a bit more difficulty than before.

And it all comes down to exactly four Guardian husks found in certain locations on the map.

That’s because these particular husks are marked as dynamic in the games code. That means their status is set via an in game item list, which is updated every time you move to a new location.

To save memory, this list is only a finite length. Anything past the end of this list is removed, leaving space for new items. 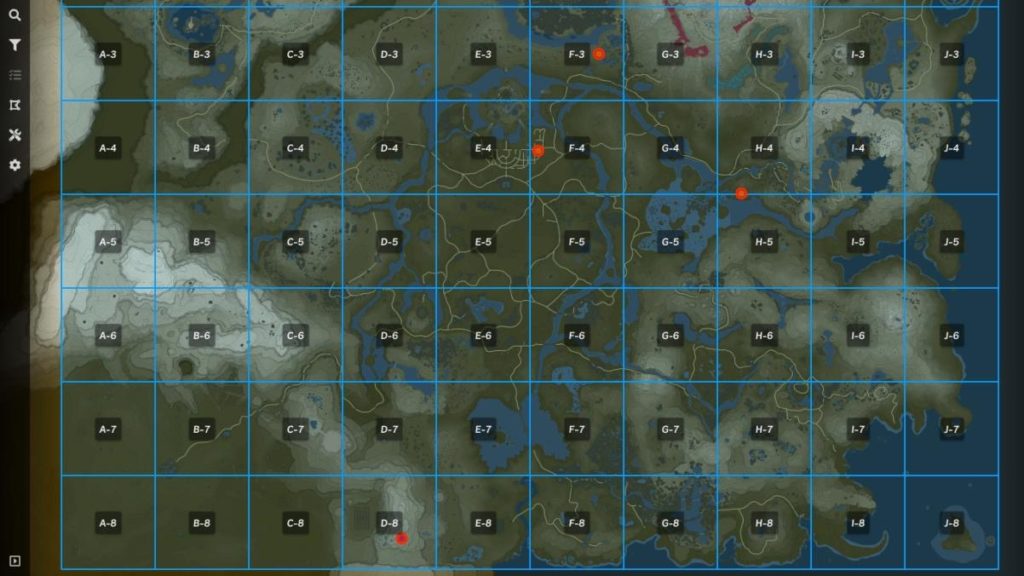 Caption: Which generally happens when the player brings an item across two squares in the above map

This works fine most of the time. You never usually take items like chests too far across the map after all, so clearing their status logically shouldn’t have an effect, especially if they’re re set upon visiting the normal area.

But as you can imagine, this falls apart if a player does take such an item far enough. Without the right flags being set, the game cannot mark treasure chests as opened, nor a Guardian as having dropped ancient parts.

So the Guardian continuously drops them while the game slows down to a halt, and affected chests respawn at their original point unopened. Pretty broken if you ask me. 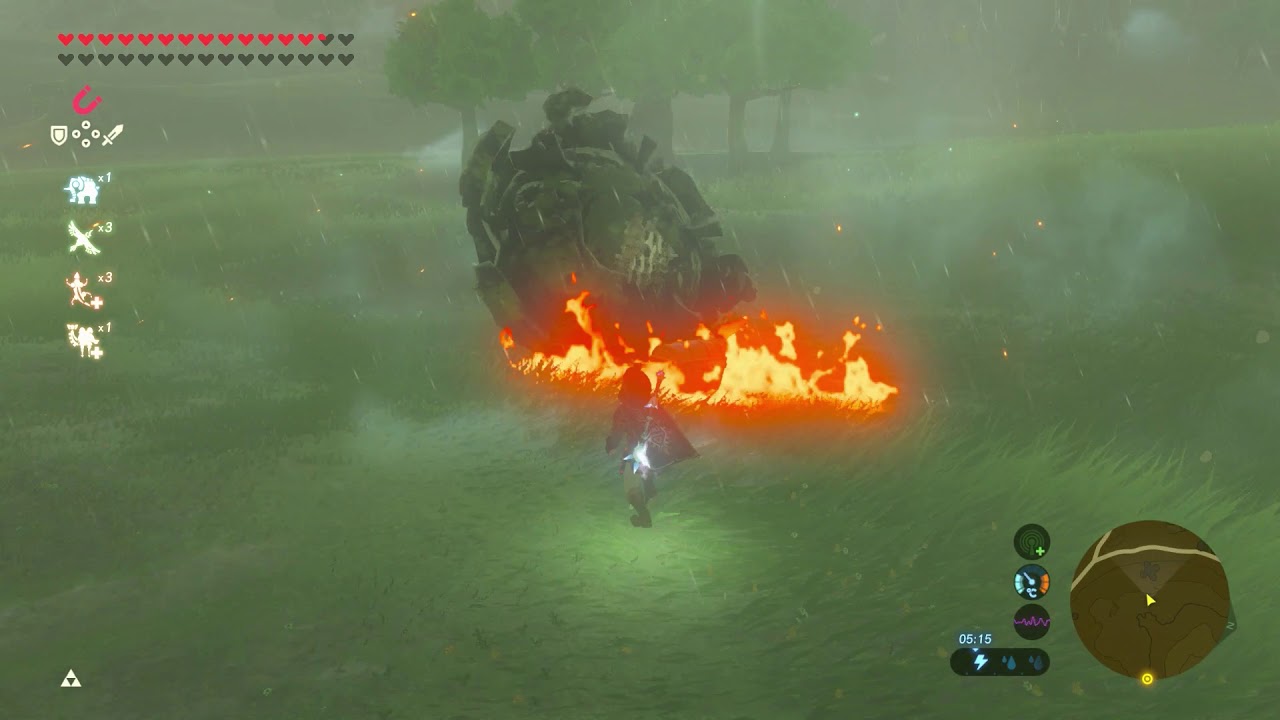 Caption: A useful video showing how you can get ancient parts with this glitch. 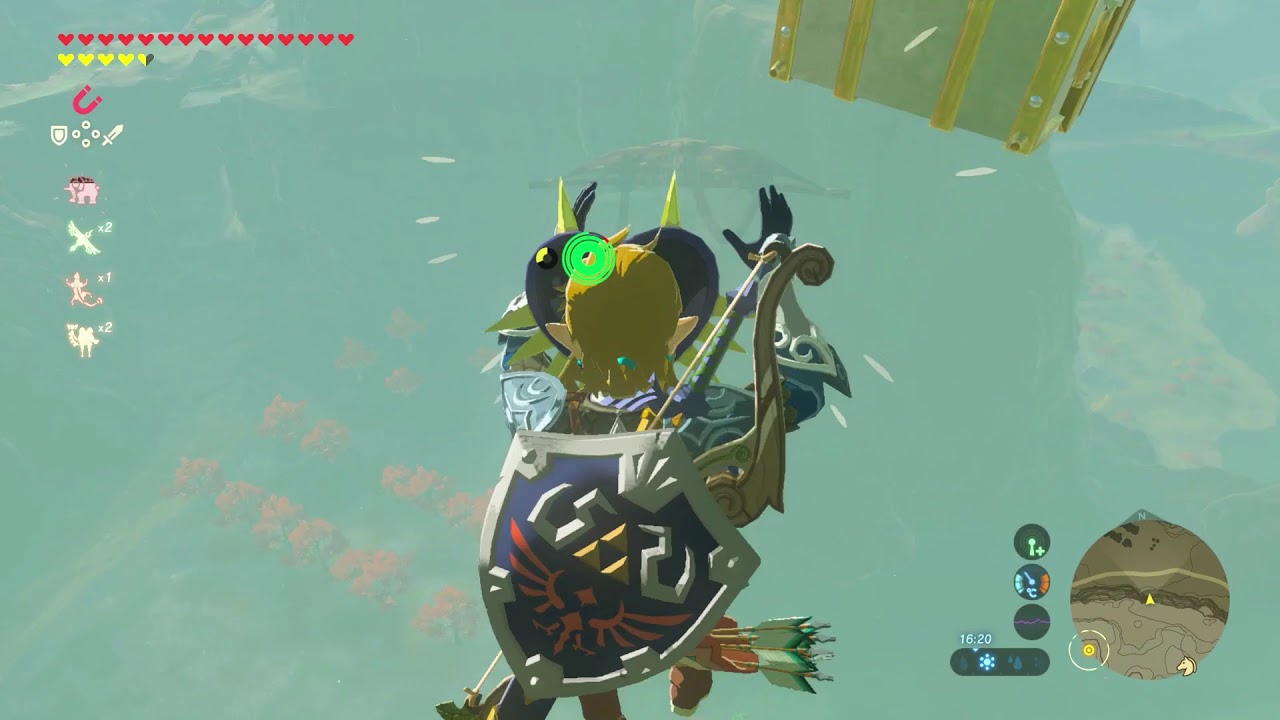 Caption: How to get infinite treasure chest items with the same glitch

Well, sort of. You see, for ancient parts, this glitch is great. Using it makes the Guardian drop an infinite stream of them, which makes for very quick way to stock up on parts and rupees.

However, chests don’t constantly drop the item. They drop it once, then respawn at their origin. This means collecting them like this is super slow, and likely not at all practical given the shops, enemy camps, etc that exist throughout Hyrule.

So it’s a mixed bag really. Useful for ancient parts and money, alright as an emergency backup if you’re too poor to use the shops, but not great for anything else.

It also doesn’t work on DLC items, removing that use the original World Reset glitch has.

Still, the Zora Helm does work here, so that can at least be picked up multiple times now. And for those without money, this does provide a nice fallback and usable way to stock up on ememtal arrows with minimal hassle too.

So check it out. It’s an interesting glitch to play around with, and one which could help you max out your wallet in no time flat.