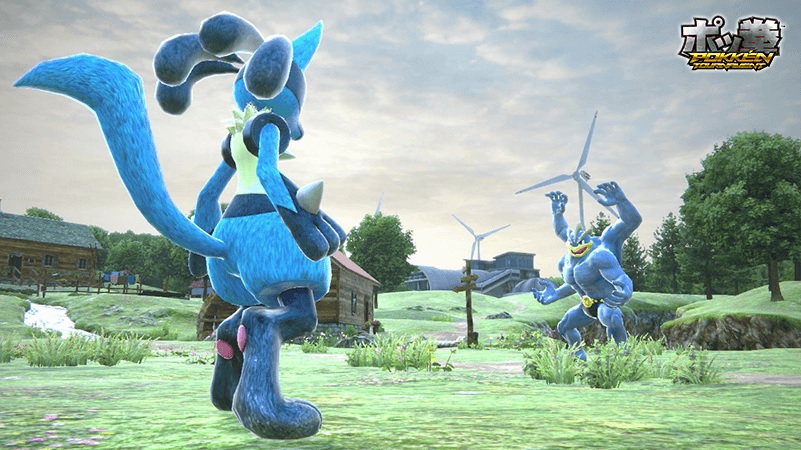 As some of you may remember, Nintendo and Game Freak showed off pictures of Lucario in what appeared to be a Pokemon fighting game earlier this year.  But now, it’s finally been officially revealed!  Starring fighting type Pokemon like Lucario and Machamp, Pokken Tournament is apparently a Tekken style fighting game that’ll soon be released in Japanese arcades.  Here’s the official announcement, as well as English trailer for the game:

So yeah, looks pretty cool eh?  But I’m not 100% happy with this announcement, and you can find out why in the full post…

It’s simple.  I’m not happy because of one thing:

This is an arcade game.

Yes we get it.  Japan’s arcades are more popular than those elsewhere in the world.  And both Game Freak and the Pokemon Company are second or third party studios that can indeed release games for devices not officially supported by Nintendo (aka smartphones and arcade machines).  But the Wii U needs games.  It needs games like this one.

Yet instead of releasing the game for a  system that desperately needs whatever new games it can get (due to near non existent third party support), they release a game for arcades in a single region, completely forgetting about both Wii U owners and the rest of the world in the process.

It’s very disappointing if you ask me.  And while a Wii U release hasn’t exactly been confirmed as impossible, I think it’s reasonable to believe that any major new Pokemon game should be first and foremost be released for a Nintendo system rather than anything else.

Also, Bandai Namco releases a lot of games in Arcade and on consoles so no worries. I have no doubt it will come to Wii U