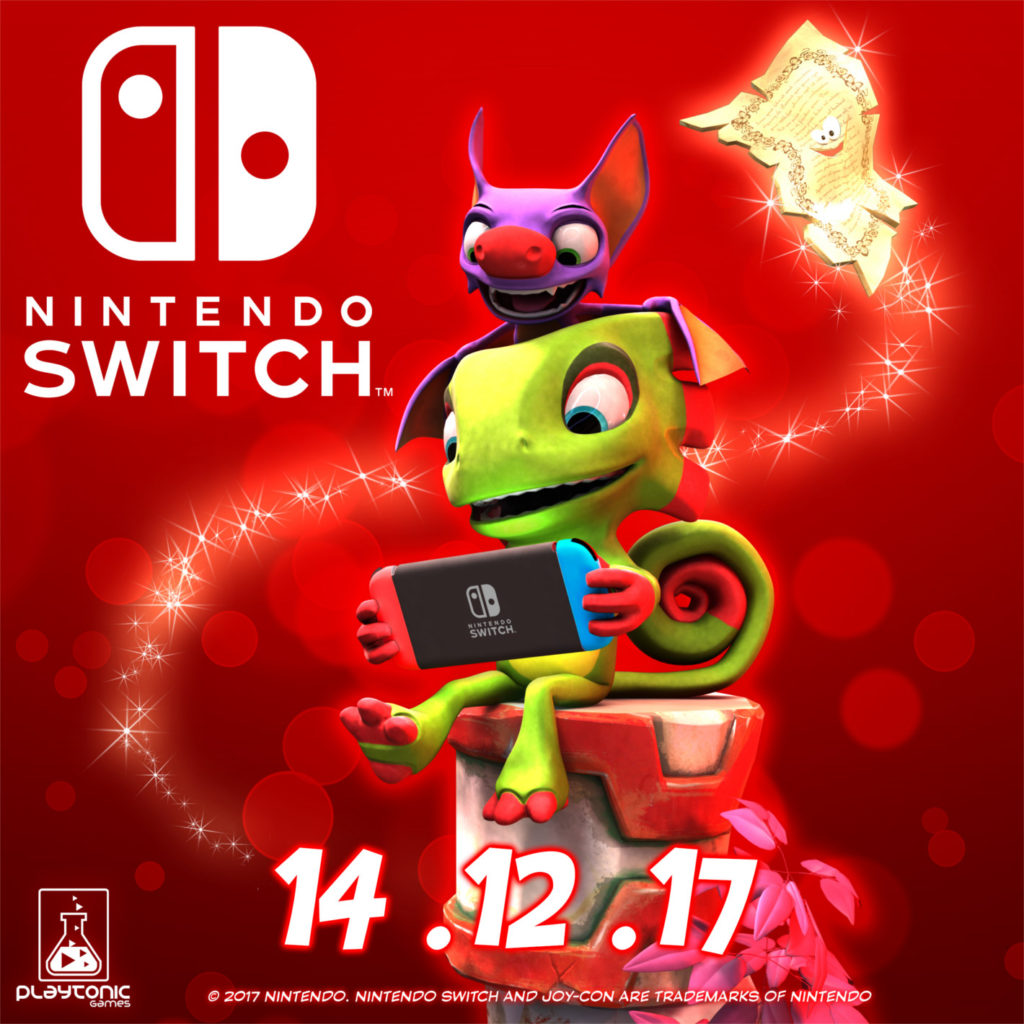 It’s finally been confirmed! After months of silence on the Yooka-Laylee front, Playtonic have announced the title will be heading to the Nintendo Switch on December 14th 2017. That’s good news for the people still waiting for the game, or those who backed the Wii U version when it was still a campaign on Kickstarter.

What’s not good news however is how the game will likely fare when it’s released. Why?

Because to put it bluntly, Yooka-Laylee is basically now guaranteed to fail on launch.

That’s because at this point, the level of interest in the game is basically non existent. Really, no one cares any more. The game’s been out on other systems for months. The hype’s mostly died off altogether in favour of everything from Sonic Mania to Mario Odyssey and well reviews… they’re not particularly great either.

This was fine in the early days. After all, Yooka-Laylee was the first of the 3D platformer renaissance. The first game to try and bring back the Banjo-Kazooie feel for a modern audience. In that sense, it did work. It was a playable game which had some interesting ideas of its own.

But since then, it’s just been overshadowed completely. And while that’s a shame, it’s merely an expected part of the gaming world. Remember, months here are long. Two months? Basically an eternity for the gaming or tech communities.

Playtonic knew this, and originally planned for it. After all, the plan was originally for this to come out before Mario Odyssey. Had that been the case, it could have at least killed the time for people wanting a temporary substitute. Or acted as a sort of ‘warm up’ for the better platformers due out later in the year.

Alas it didn’t, and that’s what will likely kill it. Additionally, it’s also not going to help that the game has a direct rival in the indie platformer scene by the name of A Hat in Time. Which if you haven’t heard yet, is also due to be released within the same month as Yooka-Laylee (or December 6th to be precise).

But yeah, that’s Yooka-Laylee for you. If you want to try it on Switch, it comes out on December 14th this year. Might be worth trying if you’re into that sort of thing.