WWE 2018 is Coming to Nintendo Switch! 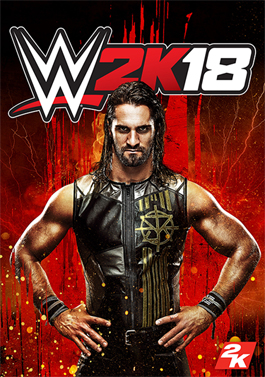 Where wrestling games are concerned, the number of options is pretty slim. You’ve got the WWE licensed titles, which have been released almost like clockwork since 1991. You’ve got the TNA games, which lasted all of four titles in the late 00s.

And then you’ve got a ton of cancelled series that haven’t seen in the light of day for donkey’s years.

As a result of this, WWE have been the only game in town from 2012 onwards. So wrestling fans only had the WWE tie ins to try out.

Which wasn’t very good for Nintendo fans. Why? Because since 2013’s WWE 13 came out, every WWE game since has skipped Nintendo’s systems entirely. This meant that Nintendo fans were left with few in the way of options for wrestling titles on their systems.

Well, until now that is! Because as announced by Nintendo on Twitter earlier today, the WWE series is making a triumphant return to Nintendo consoles with WWE 2K18 on Nintendo Switch! Here’s the tweet about it from the company’s official account:

It’s pretty good news for everyone really. Wrestling fans can finally experience the games without having to buy another console. Nintendo fans aren’t being left out of a major series for yet another year in a row.

And yes, as Seth Rollins says in the video, actual wrestlers and people working with the promotion can now experience the games while waiting to take part. The Nintendo Switch is a hybrid games console after all!

But hey, what do you think? Are you happy that the WWE games are finally back on Nintendo systems? Could the Switch version of WWE 2K18 be the one you buy this time around?

Or are you sticking to the PS4/Xbox One/PC versions regardless?