Was Daisy cut from Super Mario Maker? No

If you’ve been keeping up with all the Nintendo news recently, you’ve probably seen the below tweet about how Princess Daisy was meant to be a character in Super Mario Maker. Referencing the official site, the post says that this picture was found in the site’s files, and references a costume Mario form that was cut out sometime in developer. Here it is:

But while most of the internet seems to be somewhat optimistic about the ‘discovery’, we’re not convinced. You see, we’ve done a bit of digging around on the official site for the game, and guess what?

There’s not a trace of this costume or picture anywhere. For instance, given the filename format used for the other costume pics, you’d expect it to be at this address, right?

Well… it isn’t. And that’s the format for every costume image URL, from Link, to Peach to Kirby. So that’s strike one for the truth of this whole ‘rumour’. And if you thought it was somewhere else in the code? We’ve checked. We’ve gone through the source files, and no, nothing comes up.

So how about a quick Google search or lookup? Surely if it was real, it’d have been found before, right?

Nope. Nothing. Kind of suspicious, isn’t it?

So how about The Cutting Room Floor? That place has a lot of evidence showing beta costumes lying around in the game ROM, right? Well yes, but they’re as follows:

No Daisy there, unless the otherwise unmentioned D is supposed to be a reference rather than a random placeholder. So apparently it was never actually included on the disc at any point, which makes this even more suspicious than usual.

So how about the text in the image? Oh, hang on. Let me look up Daisy’s Japanese name on Mario Wiki…

That’s not what is in the image. What’s in the image is just ‘daisy’, as translated by Google Translate. That’s not how Nintendo translates their character names, and it’s quite likely the text in the image refers more to the flower than the character.

Finally, the image itself is not particularly difficult to make. For example, here are some eight bit Mario Maker costumes based on the Wario series, by Shy Guy XXL of Wario Forums: 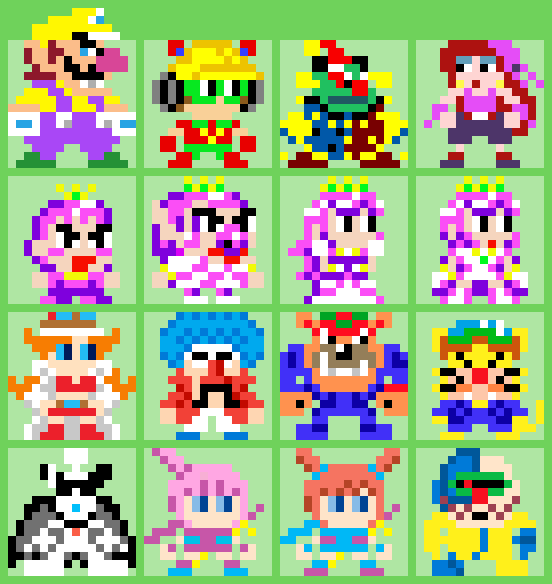 It shows classic Wario, 9 Volt, Rudy the Clown, Captain Syrup, four forms of Princess Shokora, Mona, Jimmy T, Dribble, Spitz, Orbulon, Kat, Ana and Dr Crygor as if they were Costume Mario forms in Super Mario Maker.  The same artist also made a bunch of others in the same style: 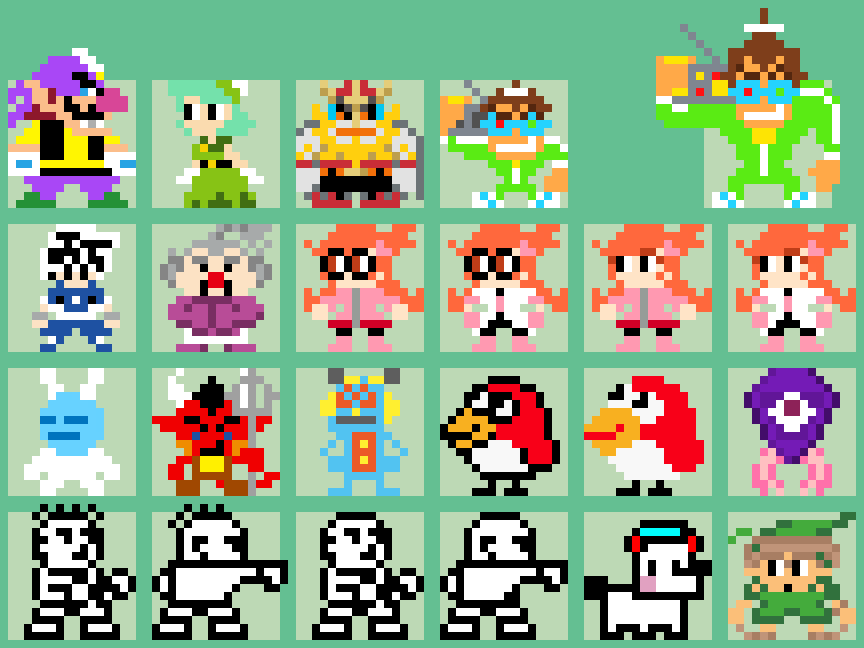 As you can see, it’s not particularly difficult to sprite just about anyone in Mario Maker style.  Heck, if we wanted to, we could pretend all the above were real and coming in the next update, since they’d be just as believable as this Princess Daisy costume hoax.

Oh.  Did we forget something?  Yeah, the person who posted it admitted it was fake:

All this could have been verified with a bit of fact checking. You know, what journalists are meant to do before a story goes live.

But who cares about that in gaming journalism eh?

People do wanna see Princess Daisy as a playable character in any game really? If Smash Bros accept her? Then we will be playing as her in smash. We need her in all the main games. 🙁

Thank you for going to the trouble to actually checking this out and cutting the blindfolded chain of just re-blogging the news.

It is quite annoying how some rumours pass as truth so easily. It was a pretty cool read. This kind of reminds me the Rayman for Sm4sh hoax.