The Adventures of Captain Toad Was Going to be a Zelda Game? 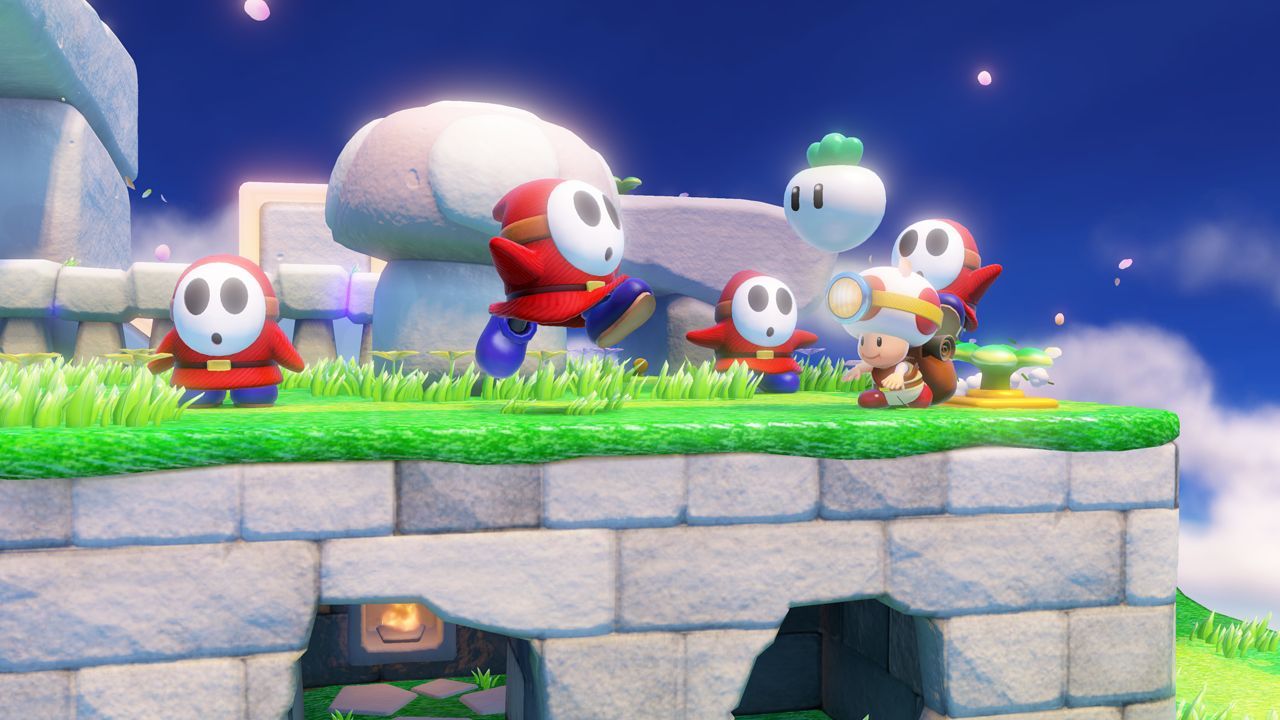 No, we’re not kidding.  According to director Shinya Hiratake, Captain Toad Treasure Tracker was originally going to star Link from the Legend of Zelda series, a sort of diorama style Zelda experience.

This was because Link couldn’t jump (and not being able to jump is at the core of Captain Toad’s game design).  And the game itself came about due to a dream that Hiratake had a few nights before.  Miyamoto himself saw potential in the basic game concept, but shot down the idea of it being a Zelda title.

So with that said, what do we think of the matter?  Well to be honest, we’re quite happy they didn’t go ahead with The Legend of Zelda: Treasure Tracker.  Why?  Because it’s not what a Zelda game is meant to be.  A Zelda title isn’t meant to be a purely puzzle based experience with minimal combat, it’s meant to be an action adventure set in a vast world filled with dangerous monsters and obstacles.  To have a so called ‘Zelda’ title with Link running around blocky sky worlds and collecting trinkets would just be annoying old school fans even more, and kind of backing up Sean Malstrom’s complaints of modern Nintendo not understanding their audience.

It’s also good simply because Toad needs a game to himself. We’ve already had too many interesting experiences where Mario and Link and Pikachu and whoever were just thrown in for ‘popular appeal’, and it’s one of the reasons new spinoffs and IPs are so rare with Nintendo nowadays; because they tend to like chucking existing mascots in every new idea they get.  So yeah, better to give Captain Toad his own game and come up with something fresh and original in the process.

What do you think about Captain Toad Treasure Tracker being intended as a Zelda game starring Link?

I know you’re passing on getting this game, but I saw the ending for this game. Apparently this game is a prequel to 3D World.