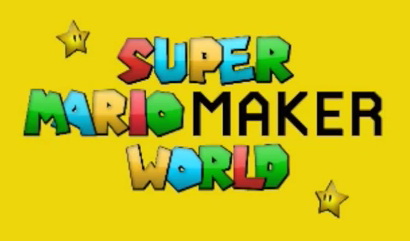 Over the weeks that Super Mario Maker has been available, we’ve seen some pretty impressive projects.  There have been attempts to remake Mario games like Super Mario Land 1.  Attempts at reviving the e-Reader levels from Super Mario Advance 4.  Heck, we’ve even seen people remake the entirety of a third party game in Mario style, like this interesting attempt at a Magical Quest Starring Mickey Mouse remake…

But now, one person has seemingly made something a tad more impressive still.  Behold Super Mario Maker World, an entire custom game made with Mario Maker levels:

What do we mean by game?  Well basically, this guy made about 60 levels (of reasonably difficulty and design for their respective worlds) and created something that could theoretically be played like Super Mario Bros 3 or Super Mario World.

It can be found here in this topic on Reddit:

You might want to just follow the creator and select his levels from his profile after playing one of them, to avoid entering all these codes.

But what do you think?  Is this game an interesting use of Super Mario Maker?