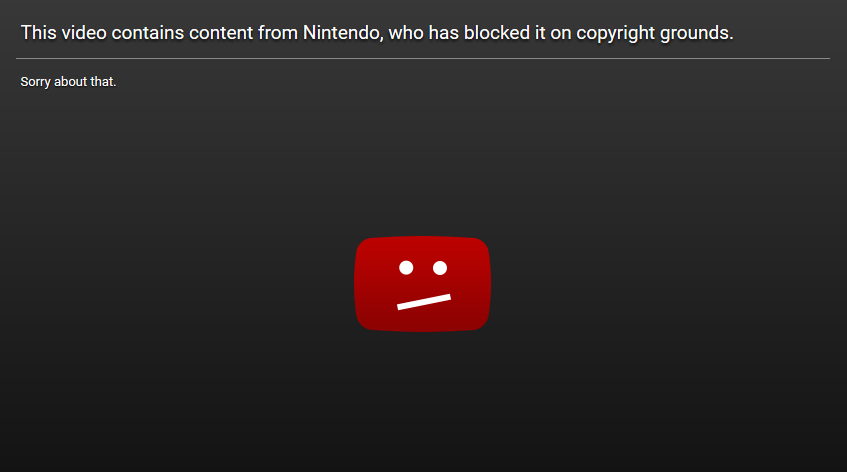 Remember how a few days ago, a new costume was found in Super Mario Maker?  The one which let you play as Mario in the Sky Pop from the original Super Mario Land on Game Boy?  Well if you’re interested in seeing what it’s like, you might be too late.  Why?  Because apparently, someone at Nintendo didn’t really like people finding these unused costumes in the game, and has been going full damage control on Youtube to try and remove any sight of them from the public.  For example, this was GameXplain’s video of the costume:

Note the word ‘was’, since apparently it’s now been blocked by Nintendo on unspecified ‘copyright grounds’. Why?  Well honestly, we have no idea.  These people bought Super Mario Maker with their only money, and played an interesting level they found mentioned on the internet.  And while said level itself is now no longer available on the Mario Maker ‘Course World’ servers, the fact it was makes a compelling case that Nintendo was okay with it up until the media attention started being focused on them.

But yeah, videos of the Sky Pop costume are being taken down on Youtube, along with any levels that use it.  If you own a gaming channel, we’d strongly advise you host information about this ‘leaked’ form on your own website instead.