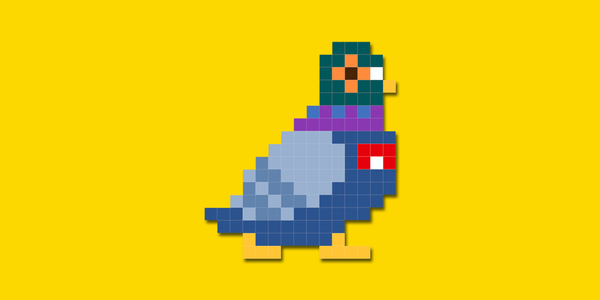 Well, technically he’s called Yamamura and actually appears in the game to give you tips, but it doesn’t really make his inclusion as a costume form any less absurd.  Here’s a video showing the level you have to complete to unlock him in the game:

And here’s Nintendo UK talking about his inclusion on Twitter:

From 13/1, soar to new heights with the Yamamura costume by beating the latest #SuperMarioMaker Event Course! Coo! pic.twitter.com/hoSQa8bpuj

So what can we say? Okay, how about this:

Why the hell is this even a thing? Who out there in their right mind thought that the best choice for a new character in a popular game was a pigeon from the game’s UI?

Sorry, but whoever’s choosing these costumes is having one heck of a sick joke at the expense of Nintendo fans. A mahjong tile, a real life car, the Famitsu mascot, Cat Mario and Cat Peach… it’s like they’re just picking the most ridiculous characters they can think of and seeing which ones actually get accepted. Meanwhile, characters people actually give a toss about (like say, Princess Daisy, or anyone from the Wario Land series or Mario RPG games, or whoever else you can think of) just get ignored.

Ah well, at least this guy provides a potential target in case Duck Hunt gets a revival and needs extra game modes. Maybe along with a few Metal Slug style heavy weapons too, just for kicks: