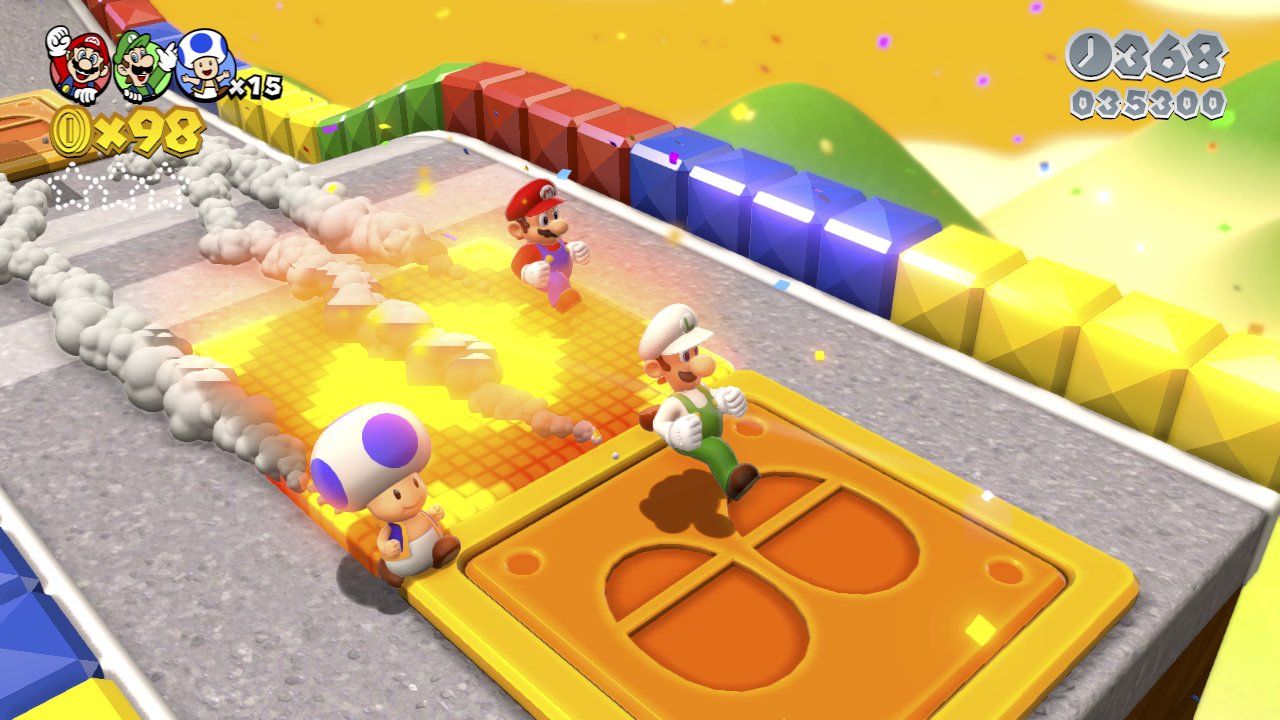 So you’d better not be expecting a long game here, since it seems like the length of Mario’s newest Wii U outing is only about as long as his previous ones.  From the Bit Block (and someone on Twitter):

Béres Mátyás: Wow, already?  How long did it take?

The Bit Block: About eight

Find out my thoughts about the length of this game after the break!

So what do I think?  Personally, I don’t care.  Good games have been pretty short in the past, and a game being long doesn’t always make it better.  Some examples:

Hence with those examples in mind, I’m not sure I really care how long this game takes to beat.  Is it even important if those eight hours are some of the most fun you’ve had in your entire life?  When did ‘takes thirty hours at minimum’ become the mark of a good game?

Additionally, we don’t really know how much of the game this guy even beat.  Did he just reach the final boss and speedrun the levels, using warp zones and stuff when necessary?  Maybe.  If so, that just means the main storyline takes eight hours, which is kind of about how long Mario 64, Sunshine and the Galaxy series take to beat if you only care about reaching the ending credits.  Perhaps there’s things like a secret world that weren’t taken into consideration here.

That’s why I’m not worried about the length of the game anyhow. Do you care that Super Mario 3D World takes about eight hours to beat?  Comment here or at Nintendo 3DS Community.com today!

It’s completable in 8 hours because it’s a walk in the park. No one ever complained about being able to nail Super Mario Bros. 3 in an hour. The thing preventing it hitting the used game aisle will be the multi-player. Even then you’re better off with Luigi’s Ghost Mansion or uh.. Wii Sports U, I guess. Ah well. I’m sure it’ll do well, but aside from NSMBU and .. Wii Fit U possibly and certainly Wii Sports U, it’s slim-pickens. I would consider picking up a Wii U if it were caked in considerably more games I actually would… Read more »

Sorry, but if the site name is “Nintendo 3DS Daily”, then it should cover more 3DS news then Wii U news…