Did Someone Try to Steal the Breath of the Wild Demo? 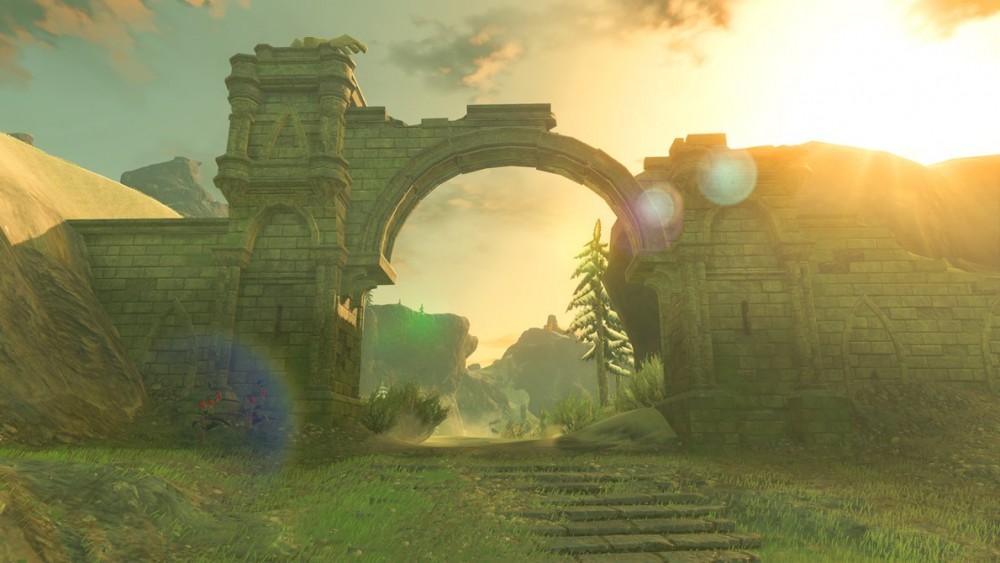 Since it was revealed, the Legend of Zelda: Breath of the Wild has been received extremely well. Acclaimed by journalists and fans alike, the game was the most discussed title on social media during E3. Heck, it’s trailer is currently Nintendo’s most popular video ever!

But it seems like the game’s story could have got even more interesting. Rumour has it that someone tried to steal the demo from E3. That a hacker involved in modding Mario Kart 8 tried to take the demo from the event and release it.

Here’s the story about it on Kotaku:

The Rumor That Someone Tried To Steal The Zelda: Breath of the Wild E3 Demo – Kotaku

How was he going to do this in an event with such high security?

By grabbing the game over the network as it’s being played of course! Yes, the Wii U hacking community apparently has tools to do that now (like TCP Gecko, which can connect the Wii U to a PC). This guy was supposedly going to get someone to distract the attendants, then secretly dump the game demo with one of those tools.

As you can imagine, this wouldn’t be as easy as expected. The games were running on demo units, so the code had to be rewritten to work with those. People were quickly being cycled to the demo and out again, so the process had to be quick. The consoles weren’t connected to the internet, so that had to be setup in secrecy as well.

He then apparently ran out of time, and that was the end of the story.

Kotaku themselves provides some claims backing up both possibilities. There’s a Wii U software developer quoted as saying it’s plausible (albeit difficult to confirm). There’s the creator of the TCP Gecko saying the story is plausible. And there’s talk of the hackers talking about similar things on Twitter (albeit without any links to prove it).

So it’s not completely outside of the realm of possibility.

For one thing, this seems very much like a story you’d see in a film script rather than real life. You know, daring hackers try to steal corporate data through an internet connection while avoiding security in a heavily guard event. I mean okay, it’s not exactly military espionage.

Above: May as well play this along with

But something about the time scales and the ease of rewriting the code so quickly reminds me of something like the film Independence Day. It’s too dramatic. Too overblown.

And those demo units… who says they’d even have the possibility of an internet connection? After all, if I was showcasing games meant to be played in one room (and let’s face it, E3 demos never connect to other players outside of the event), I’d just take out the internet functionality all together. Why would you leave in such an obvious security hole? Nintendo already locks these demo stations down real tight. Why wouldn’t they just take out anything that’s never going to be used?

I’m also sceptical that someone could do something like this and not get questioned at any point. I mean, suspicious guy with laptop hanging around near the Zelda booth and using programs tailor made to take Wii U games? Security must be pretty bad. Cause it’s not just the Nintendo representatives you’d be watching out for here…

Still, I don’t exactly know much about how Wii U hacks and mods work. So maybe all this stuff really is viable and we really were minutes away from seeing the gaming heist of the century take place at E3 2016. Kotaku must have some evidence here, right?

Either way, you can expect security to ramped up even higher next year, especially if Nintendo’s higher ups decide to read some gaming news and come across this story.

What do you think about the rumour that Breath of the Wild was nearly stolen at E3 2016? Is the story plausible? Could someone really take the demo over the wi-fi in minutes without getting caught? Were we really mere minutes away from a demo of the new Zelda game appearing on torrent sites?

The Rumor That Someone Tried To Steal The Zelda: Breath of the Wild E3 Demo – Kotaku

Really? My experience with this was very different. I thought it was ultimately fake because the only source was from some "second hand (as in, "OMG SUM1S LEEKIN IT ON SD CARD 16 JEE BEE" source" that later privated his account. I didn't know some other Twitter guy was reporting it as he was going along. And to be fair, I feel like you could hide the laptop or allow for data collection to be resumed even after you're 'out of range'. Also that it needed an internet connection to begin with (couldn't they have just got the data and… Read more »