Nintendo; Paper Mario’s Focus is on Puzzle Solving and Humour 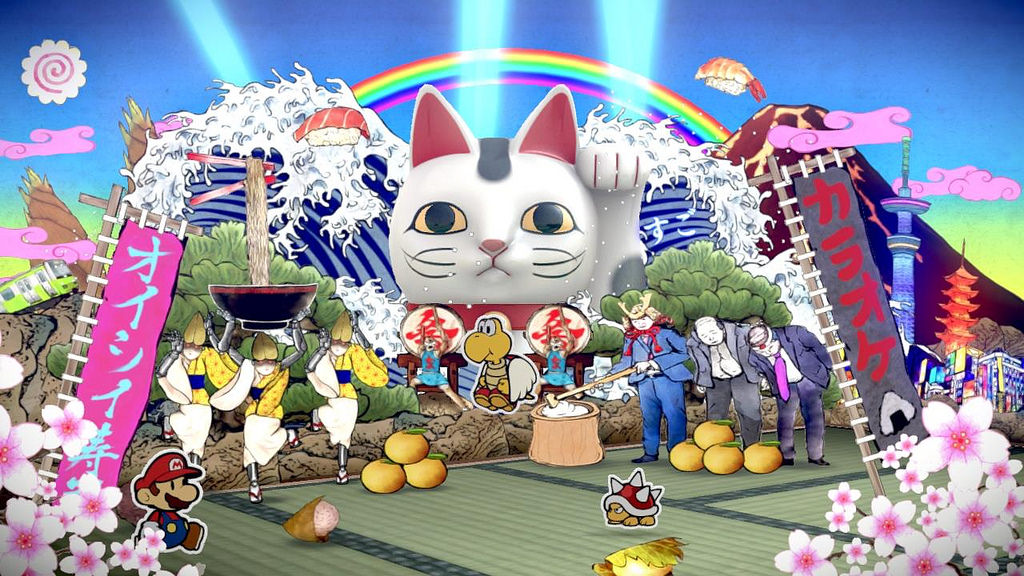 We’ve said here on Gaming Reinvented. The Paper Mario subreddit says it everyday. Arlo made a fantastic video about the issue. Heck, Twitter itself is flooded with the hashtag #MakePaperMarioGreatAgain for a very good reason.

Unfortunately, it seems Nintendo sees the matter differently. In a Kotaku interview with Risa Tabata (about Color Splash), she said:

This game is an action-adventure. I’m sure you’re aware that, at Nintendo, we also have another series called the Mario & Luigi RPG series and so since we already have that established Mario & Luigi RPG series, in order to differentiate these two series that we have running concurrently, we’ve tried to focus more on the non-RPG elements for the Paper Mario games. In terms of what we focus on for the Paper Mario series, we focus on puzzle-solving [and] humor

This time we have–I don’t know if I want to say a proper story–but we have a story. It starts from kind of mysterious opening.. You’re not sure what is going on, and as you go through the story, you’ll realize, oh this is what happens. And there’s a lot of interesting stuff that happens with you and Huey.

Yeah, it’s this excuse again. The same lazy, pathetic excuse given out in the infamous GameXplain review video shown here:

I’m not even going to waste my time trying to counter this reasoning again. If you want a good explanation about why Mario & Luigi is not a good replacement for Paper Mario (or why post Sticker Star games are getting it all so wrong), just read my original article here:

Because at this point, it’s clear that Nintendo doesn’t care about good old fashioned Paper Mario. It’s clear the people at Intelligent Systems are absolutely clueless about the franchise and care little for fan feedback. And honestly, it’s gotten to the point where I’d just say to play a few Paper Mario fan games and be happy with those.

Looks like Paper Mario is just over at this point.

The Paper Mario Game Not Everybody Wants – Kotaku