Nintendo of America; Game & Wario is the Best Thing Ever! 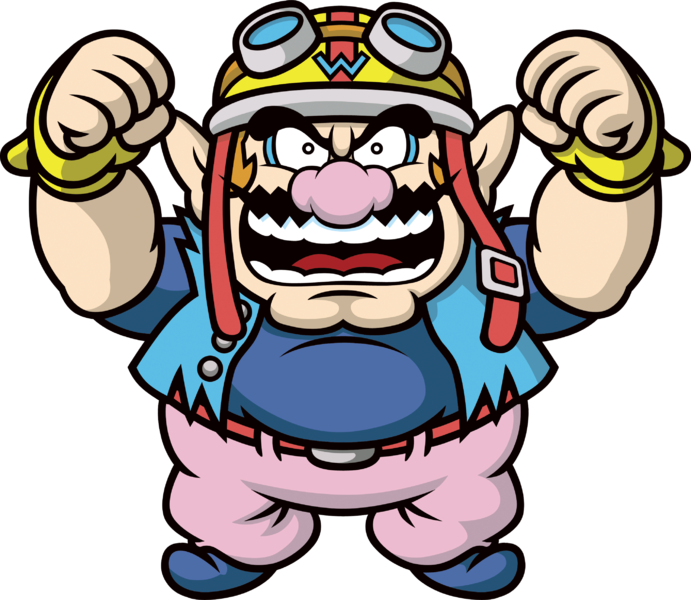 Yeah, it’s one of those days.  You know, the one where the company realises they somehow have to sell a game with absolutely zero market appeal to avoid the Wii U lying dormant for the next two months and are pushed so far to the brink of desperation that even the press release becomes a parody of itself.  Here it is…

Now Available for Wii U, Game & Wario is Even Better Than Wario Himself!

REDMOND, Wash.–(BUSINESS WIRE)– Sound the trumpets! Unleash the doves! Let the parades begin! The moment people have been waiting for is finally here! No, Wario is not making his debut as an underwear model … he reached his Crowdfarter goal of 100 katrillion coins, which means his new game, Game & Wario, is now available on the Wii U console! Game & Wario is the world’s first action-platform-sketching-puzzle-shooting-design-rhythm-sports game and uses the Wii U GamePad controller in amazingly awesome ways. It was also designed by Wario himself … so how could it not be spectacular?

“SPOILER ALERT!” said Wario, a man known for spoiling many things. “MY GAME IS SO AMAZING THAT IT WILL CHANGE YOUR LIFE! WAHAHAHAHA!”

Game & Wario is composed of 16 unique games that demonstrate the creative power of second-screen gaming on Wii U. According to Wario, games that contain 16 games are scientifically proven to be 15 times better than games that only feature one game.* Players can enjoy Pirates, a game starring Wario dressed as a handsome pirate; Arrow, a game that uses arrows shaped like Wario’s glorious nose; and a ton of other awesome games that are all packed into a box that has Wario’s face on it. Summary: This game is all about Wario so of course it is amazing.

These are only a few examples of the 16 games in Game & Wario. Imagine even more of these creative and fun games, plus dozens upon dozens of bonus prizes that you can get in the game’s rewarding CLUCK-A-POP capsule dispenser – a chicken-shaped machine that dispenses some of the wackiest prizes that … wait, why are we even explaining what this is? It’s a giant capsule machine shaped like a chicken – that’s all that matters!

Each of the games in Game & Wario is presented in a beautiful art style and stars one of the many charming employees that work with Wario at WarioWare, Inc. Characters like Mona, Jimmy T, Dribble and Spitz make their debuts on the Wii U console. Each one is incredible in his or her own way. Not that we are suggesting anyone is more awesome than Wario.

Between the numerous games, the wild uses of the GamePad controller, the trademark humor the Wario games are known for and the fact that Wario’s handsome, chiseled, mustachioed face is on the box of the game, what’s not to love about Game & Wario? The game is now available in stores and in the Nintendo eShop on Wii U.

For more information about Game & Wario, and to check out a bunch of pretty pictures, visit http://gameandwario.nintendo.com/.

*Not based on actual scientific data.

I’m not sure what to say about this.  On the one hand… I guess it is very much in character for Wario, someone who’s narcissistic enough to have only Fawful and the Shake King as competition in the ‘self absorbed idiot’ stakes.  Makes me almost wish he had a personal website…

Above: It’d probably be a bit like Homer Simpson’s one.  Except more self-congratulatory.

On the other hand… the whole thing looks suspiciously like Nintendo of America congratulating themselves and trying their hardest to put on a brave face before the sheer awfulness of the Wii U’s marketing situation comes to light. You see, Game & Wario is pretty much everything Nintendo has available for a while that isn’t downloadable content.  And while the likes of the 3DS has the probably phenomenal Mario & Luigi Dream Team to keep it going, the Wii U got stuck with ‘Wario’s self absorbed tech demo collection v1.0’ instead.  The same product which managed to fall right off the top 50 best-selling games charts back in May in the one region it actually has any mainstream appeal in (Japan).  Add how the press release conveniently came out a day or so after the actual release date, and the situation is pretty much one of utter peril over at Nintendo of America’s HQ and marketing team.  Wouldn’t be surprised if they believed their own in character marketing by this point. 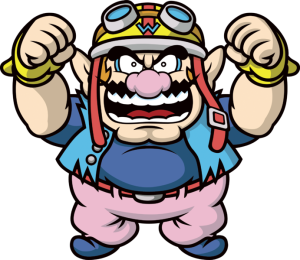 Above: Who doesn’t trust this man?

Still, it’s an interesting press release concept wise, very fitting for the character of Wario.  And I guess it’s more amusing than your average ‘this game is released on some date and will have this concept and hey let’s write this like a mail order catalogue entry’ style press release that most companies put out.

What do you think about the latest Game & Wario press release?  Funny?  Makes you want to buy Game & Wario?  A bit desperate?  Post your thoughts in the comments below or at Nintendo 3DS Community.com today!

They’re making it sound like if they don’t say the game is good, Wario’s gonna eat them in their sleep or something.