Well, they technically did this at about 2pm yesterday, but I had enough to write about with all the 3DS games and Donkey Kong Country Tropical Freeze, hence why I’m posting the official news post now.  Either way, it’s a rather interesting new Legend of Zelda spinoff which mixes the world of said franchise with the gameplay of the Dynasty Warriors series, so keep reading to find out more!

First of all, here’s the official trailer for it: 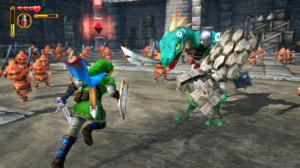 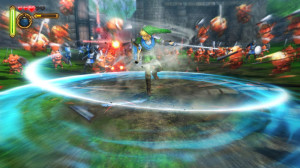 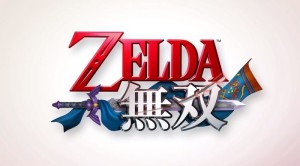 As you can see, it’s an interesting little mishmash of the entire Zelda series.  You’ve got some enemies from Skyward Sword (like the Bokoblins and Lizalfos), King Dodongo from Ocarina of Time, miscellaneous item and NPC graphics from Twilight Princess and Link from Smash Bros 4, so it’s kind of like a ‘best of’ collection focusing on all the things people liked from older games.

Now admittedly the graphics aren’t too good at the moment, but I guess those can be improved nearer the release date or something.  Either way, the game looks like it’ll be a fantastic spinoff of the series (or at least better than the likes of Link’s Crossbow Training) and another good reason to buy a Wii U if you haven’t already.

This looks AWESOME and on a side note, are you the only one that writes for this site?

At present, he’s the only one who writes for this site. There were others, and there are other staff on the forum. But not on Nintendo 3DS Daily, at least any more.