Take a look at the piece of artwork used in the post thumbnail or that’s below the divide in the actual article here.  As you can see, it’s the full artwork used for the front box of the game, complete with all the scenery kept just off screen.  But it also confirms a hell of a lot more characters, bosses and locations from the title!

Have a look (you can click on it to see the full sized version): 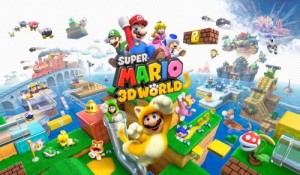 It’s got a lot of fascinating secrets in, some of which you’d otherwise not notice.  Like that train in the top left corner, which is not only themed after a Bullet Bill (and appears to be a boss in the game), but has both Boom Boom and Pom Pom driving it!  Yeah, that Pom Pom, the female Boom Boom equivalent from Super Mario 3D Land!  Confirms another boss.

Above: Boom Boom and Pom Pom show up on the Bullet Bill Train.

You can also see a few Chargin’ Chucks just below said train.  Including one of whom who has no helmet!

There’s also an Ant like enemy just to the east of said Chucks.  Maybe this is one of those ones from Super Mario Land 2 Six Golden Coins, one that’s made a comeback after about 20 years of absence?  That’d be a really nice retro callback for those of us who grew up with the Mario Land series…

Kamek appears too.  Just look right below Bowser, and you see him plain and clear.  Perhaps he’ll be changing up the bosses with his magic powers, like in the New Super Mario Bros series?

Other interesting things shown here are some new worlds.  Seriously, look carefully in the background.  You can see what appears to be a tropical island themed world to the west, an ice/snow world similar to Joke’s End or Sherbet Land to the north and the typical volcano world to the far east.  What’s more, Bowser’s Castle seems to be entirely seperate from said volcanic area, hinting at the final ‘world’ not just be another lava filled wasteland.

Above: Are these some of 3D World’s locations?

The carnival/circus world makes an appearance here too, the one we saw in the videos of the world 4 boss at E3. Seems like it’s a Bowser controlled city/theme park area which mixes the neon lights of one theme with the volcanic lava land of Bowser’s traditional residences.  Perhaps it’ll share some similarities with Neon City from Wario Land Shake It?  Or just even the awesome music?

New enemies seem to be common here too.  Like those Cat Bullet Bills at the top!  The winged Dry Bones to the right!  A conveniently placed Blooper even shows up in the middle of the ocean, which I don’t recall seeing in any actual levels.

Finally, as the Official Nintendo Magazine has spotted in this article, Rosalina’s Comet Observatory seems to be visible in the sky near Bowser’s carnival land!  Perhaps this hints towards Rosalina’s return? 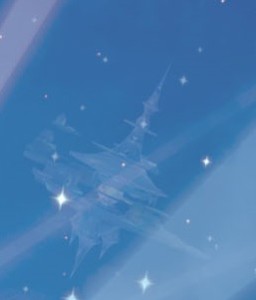 Above: The unmistakable shape of Rosalina’s home from the Mario Galaxy subseries…

So there’s a lot of interesting stuff to be seen in this piece of art.  What have you noticed from looking at it?  Are there any details or references to other games which I may have missed in this post?

“Maybe this is one of those ones from Super Mario Land 2 Six Golden Coins, one that’s made a comeback after about 20 years of absence? That’d be a really nice retro callback for those of us who grew up with the Mario Land series…”

No, these are completely new enemies which just look similar to the ones from Super Mario Land 2: Six Golden Coins.

Did you notice the Toad Brigade Captain in the blocky grass place?

And did you notice the Beach Koopa in the bottom-left corner? Seems like it’s making a return from Super Mario World, Paper Mario, Super Mario 64! 😀

And the ant is not from SML2: Six Golden Coins, it’s just that it looks similar.