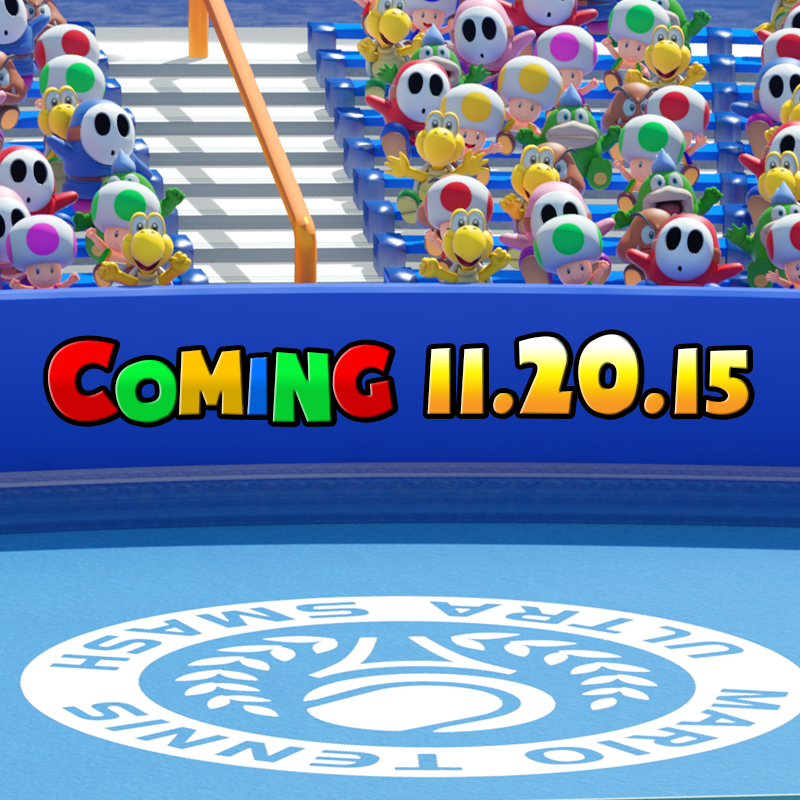 That’s according to Nintendo of America anyway, who have posted a message about the game’s launch date on their Twitter feed.  Here’s the post regarding the title:

But while it doesn’t seem to be a terrible game by any definition of the word, you do have to wonder why this game is being released already. It literally just got announced at this year’s E3, and we’ve seen… maybe a single trailer for the game since (which in turn maybe showed off a single court and a couple of characters). Doesn’t that seem a little… sudden to anyone else? After all, every other major game tends to get stuff like a decent official website, a couple of trailers and a ton of screenshots and concept art before its release date.

Above: Literally everything we (and Mario Wiki) know about this game.

So why the sudden release? Well, some people are saying it could have something to do with Star Fox Zero. You see, Star Fox Zero… is not in a particularly finished state at this point in time. It exists, it’s got a fair amount of gameplay working… but it’s still miles below the level of quality people expect from a major new Nintendo title. So the theory is that this game is being pushed out the door to make sure that something… okay, anything is available for the Wii U at Christmas 2015.

Which is kind of problematic to be honest. Star Fox Zero is (arguably) not a system seller in its own right, and Mario Tennis Ultra Smash is even less of one. If people don’t have the Wii U after Mario Kart 8, Super Smash Bros 4, Mario 3D World, Splatoon and Super Mario Maker, they’re probably not buying it after seeing this game.

But let’s wait and see. Perhaps the game may actually turn out be a really polished, well designed experience after the last couple of months in development.