The Legend of Zelda Breath of the Wild – New Information! 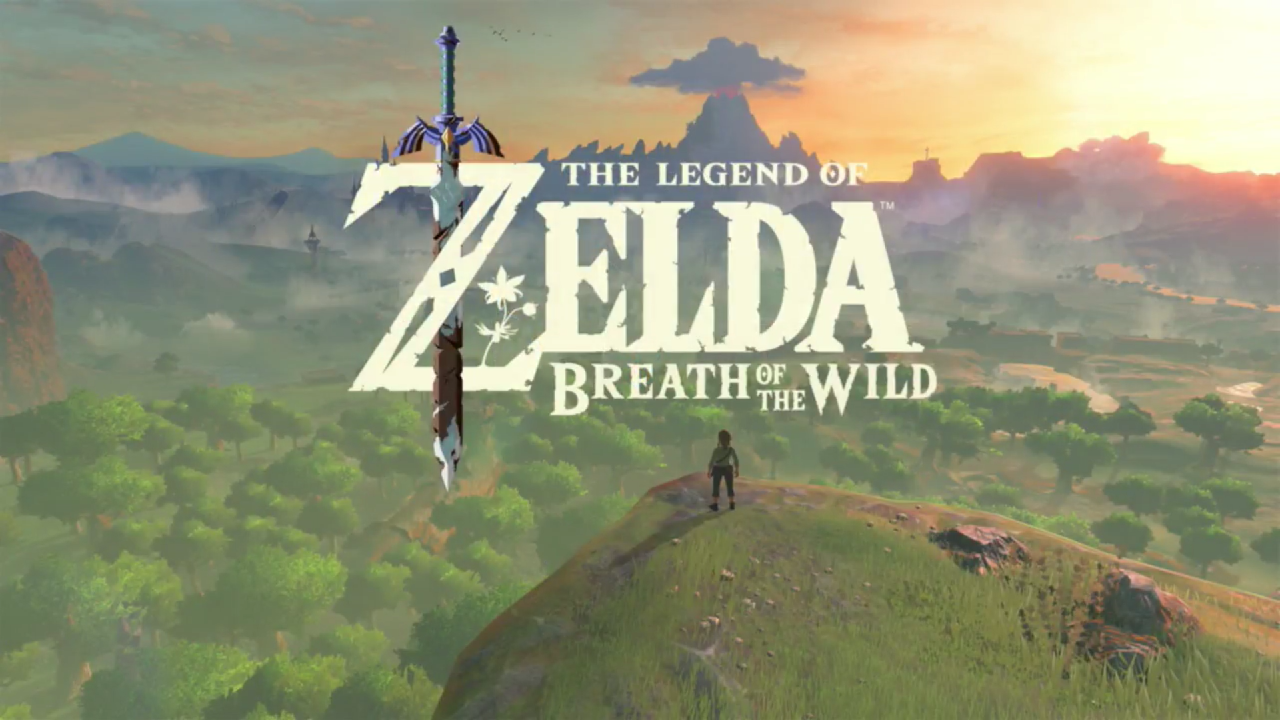 Just three hours ago, the new Legend of Zelda game for Wii U and NX was finally revealed. Named The Legend of Zelda: Breath of the Wind, it takes inspiration from the first game in the series with a massive, interesting world to explore and a massive amount of non linearity in where to go and what to see. 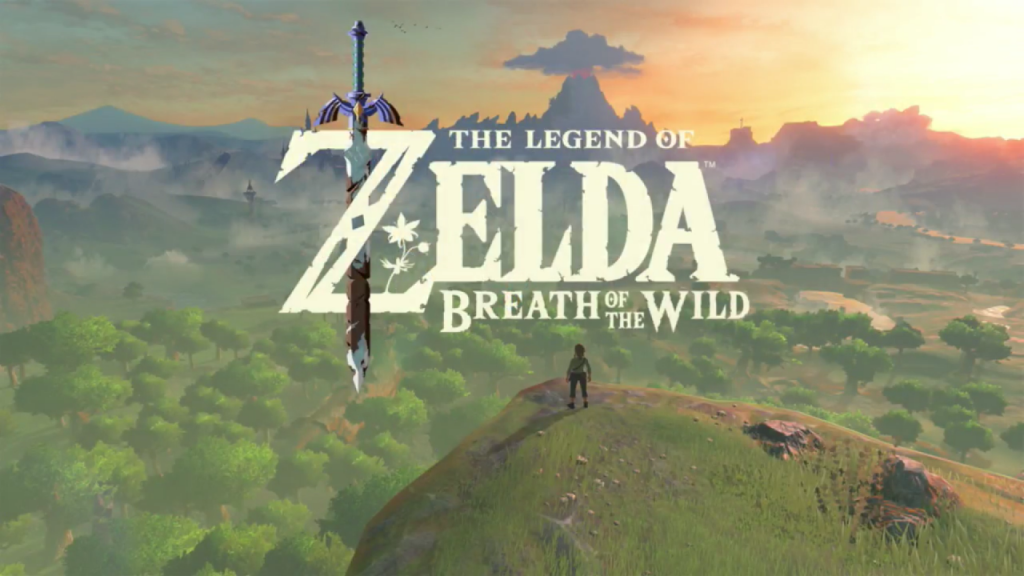 And as Nintendo’s only playable game at E3.. it had a lot of hype to live up to.

Does it manage that?

Yes, yes it does:

Seriously, just look at that world. It has just immense, packed to the rafters with things to look at and well… looks visually amazing too.

I’m honestly not sure where to start when it comes to discussing the game and the various changes announced at E3.

But let’s talk the general scale of things first. You see that rock climbing section at the mountaintop area? Yeah, that fairly small object the camera can barely see at a wide angle… that’s Link. And then look at all the different places we end up in throughout the trailer. The beach/ocean, the Lake Hylia esque area with bridge, the mountain tops covered in snow, various forests, underground caverns with Stalfos… That’s just in the first ‘real’ trailer. 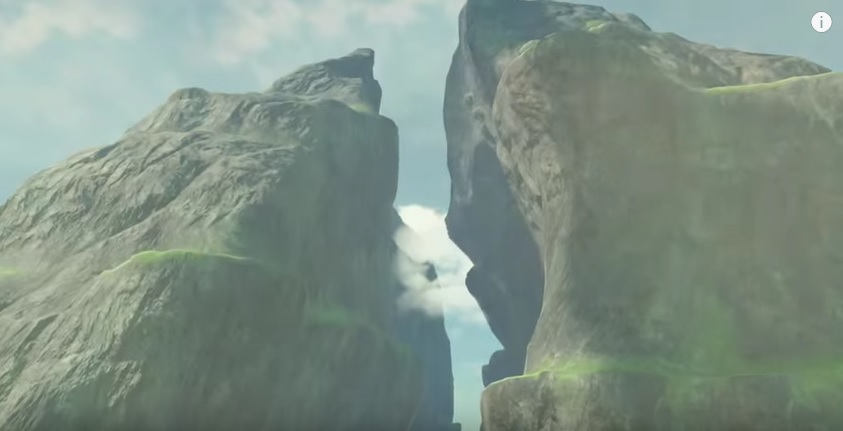 Above: Find Link in this picture!

And it gets more impressive. That first area in the demo and livestream… that’s the Great Plateau. See how big it is?

And the shrines? Well, these dungeon like areas are present in their hundreds. Seriously. And after every few, you can get items, like the glider.

You also get runes in these shrines, which give you new abilities. These include magnetism to move large metal objects around (and beat up enemies with them), a bomb rune which gives you bombs in unlimited amounts (and multiple varieties, etc). Each of these things (and many more) will be found in shrines and usable all across the world. Heck, you can even magnetically pick up and throw treasure chests!

There’s also the visual style here. Admittedly, I was a bit cautious about it when I saw the early pictures and stuff. Link seemed a tad goofy, it never really nailed a style between realistic and cartoony… it felt like we’d be getting another Skyward Sword esque mishmash. Well, we’re not. We’re getting a game that while not quite realistic or cel shaded (in the Wind Waker sense) just looks absolutely incredibly down to the smallest enemy or object. It’s a certainly a prettier visual setup than in the last few Zelda games, isn’t it?

Gameplay wise… it seems very different. So far we know that:

Link can interact with the environment in many more ways than before, like chopping down trees, setting parts of the world on fire, rolling boulders at enemies, shooting down beehives with good timing to scare away monsters… it seems a lot more interactive than most adventure games, and I’m honestly thankful for that. It’s more like a world, less like a movie set.

There also seem to be various animals roaming around. Examples seen include ducks, pigs, horses and bees, and all can be interacted with in any way you want.

No hearts drop in grass. Instead, Link eats food to heal instead, cooking it at campfires across the land. These campfires are made with the logs you chop down from the trees.

Gliding seems to return, akin to the Deku Leaf stuff in The Wind Waker and bits of Skyward Sword. Seems more useful here though, tons more things you’d want to glide towards.

Ore can be mined or destroyed for resources.

Enemy camps are found throughout Hyrule, and some have treasure chests which only open when all enemies in the camp have been defeated. The enemies also act differently based on the time of day, and even sleep at night.

There’s a stealth system, where enemies investigate if they hear noises. This shows a question mark above their head.

Link needs the right clothing to stay warm in snowy environments, otherwise he can lose health.

Link’s shield can be used like a snowboard in the mountains, on which he can fire arrows and use items. This damages the shield though.
Weapons can be damaged and break in combat.

Enemies can be taken from enemies and stored in the inventory like other items. This is a big improvement on The Wind Waker, where enemy items were limited to the same room the enemy itself was in. Now they can be taken across the world and used as normal weapons in any situation you want.

The Sheikah Slate item shows a map and can be used as a GPS to navigate the world (with the player putting down markings where they want to go).

The stamina gauge is present from Skyward Sword.

Link can now jump! Without a Roc’s Feather item! He becomes ever more like Mario, and many more possibilities open up as a result.

Enemies have health bars displayed above their heads, and the Sheikah Slate can be used to look up more info about them.

So there are quite a few interesting gameplay changes and innovations in this one.

Story wise? Well, Ganon is in the game. The person at the end of one of the shrines actually mentions the abilities to defeat him. And Link apparently wakes up in a shrine

Enemies? Well, there are the usual Bokoblins and Stalfos and what not. But there are also strange robot creatures, like the big one in the first ever trailer for the title. Given the latter’s connection of the shrines, they’re likely from a previous era. There’s also a rock golem monster, which pretends to be a normal boulder.
Musically, there are a lot of piano heavy tunes in the game. Lots of ambient sound effects and changes based on where are you in the world. It sounds really good, as the trailer above proves all too well.

The game also comes with new Amiibo. Namely, Link from said game, one of those weird spider robot monsters and Link on horseback. Here are some pics: 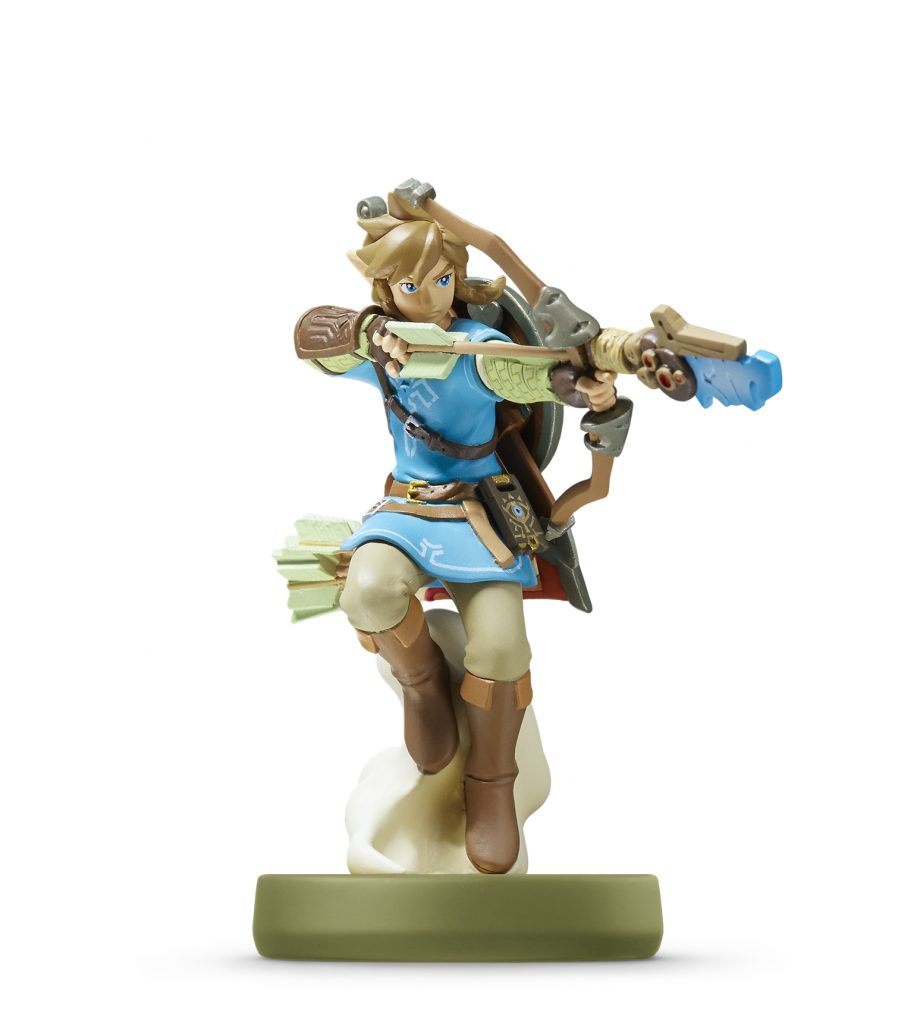 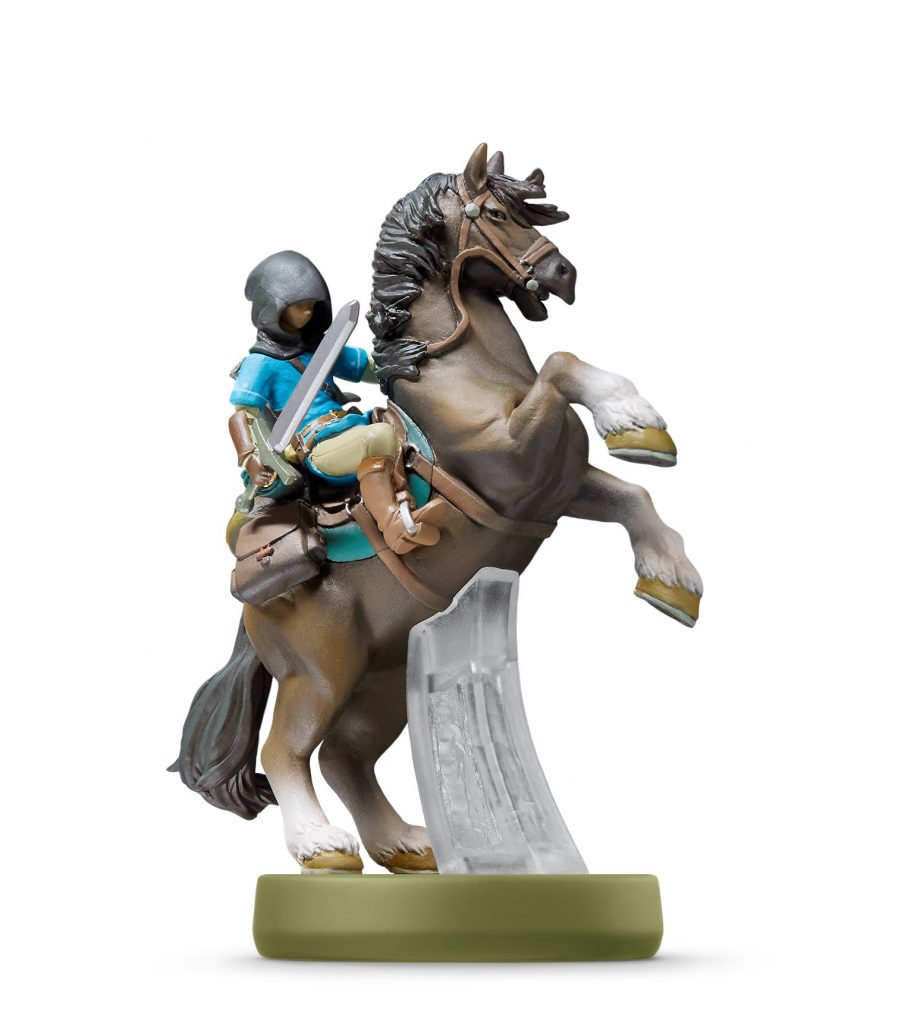 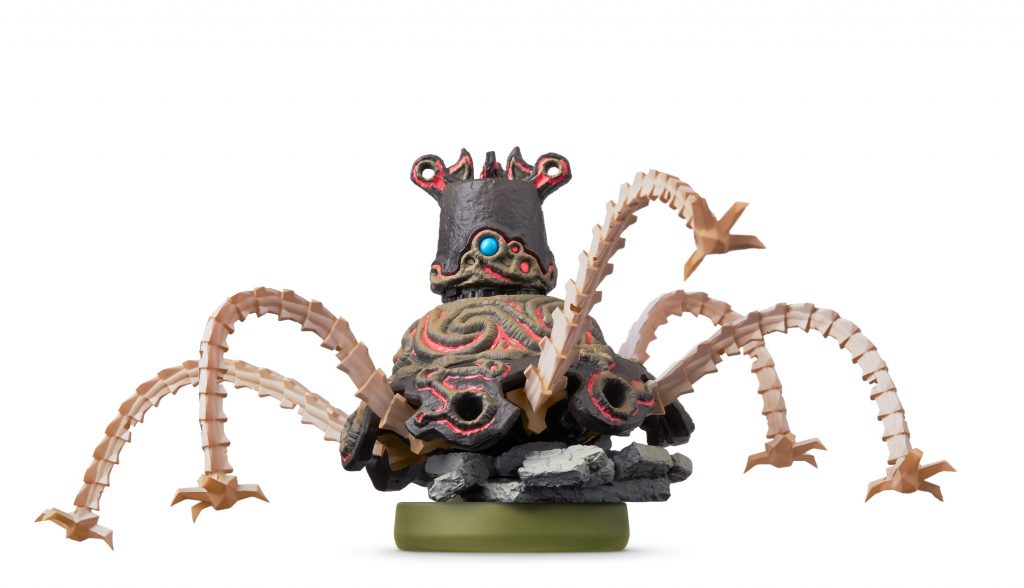 What they’ll actually do… that’s something we’ll have to wait and see. Maybe one will increase the game’s difficulty, like in Twilight Princess HD? I’m sure some people want to run around this version of Hyrule while taking double damage from everything.

And that wraps up our first big post about The Legend of Zelda: Breath of the Wild. There will be much more coming soon (since the Treehouse stream goes on for the next few days or so, and this game is playable at the event), but I think that’s a good time to stop for now.

Either way, what do you think about the game? Does it look amazing? And what console will you be buying it on? Wii U, or NX?

I'm both excited and scared for this game. First off, I'm not a big fan of the name. Secondly, it looks like Zelda meets Elder Scrolls and Dark Souls… I don't like ES and I've never played Dark Souls, but it doesn't look like my type of game. I don't like the idea of having to eat to heal or having to eat or else dying of starvation. I'm also not a big fan of weapons breaking. Also the world is way too freaking big. I thought TP was a little to big, but no this one is unreasonably huge… Read more »

I'm with Dark Young Link when we say the game might be too big. I really hate to take half an hour to travel a large field and to fast travel means I'm skipping something.