As anyone who’s seen Hyrule Warriors for the Wii U will attest… it’s not your traditional Zelda experience.  With Dynasty Warriors style gameplay involving hordes of baddies to take out and area affecting attacks, and such traditions as an explorable Hyrule and dungeon puzzles having been taken out altogether, it’s a title that feels fairly divorced from Nintendo’s usual take on the franchise.

But apparently, it could have been different in another way.  Behold, concept art for Hyrule Warriors showing Link chopping of enemy arms and body parts with blood flying everywhere: 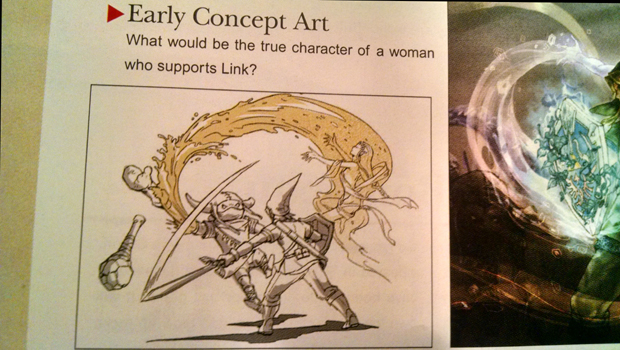 Personally, I’m not sure how to feel about this.  On the one hand, this does seem like it’d appeal more to the ‘hardcore’ gamer type who seemingly want every game to involve ultra gory death scenes and wholesale slaughter at every turn, but in a Zelda game… it just seems a bit weird.

What do you think about the possibility of a Zelda game having Link dismember his enemies in a shower of blood?  Do you think that sort of violence belongs in the Zelda series?