As per the official website, which shows a pretty clear ‘DLC’ link in the navbar for some undefined future purpose.  Here’s a picture: 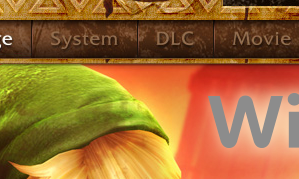 Seems pretty clear to me!  Guess Nintendo and Tecmo Koei already have plans for downloadable content for this game, presumably in the form of such things as new levels, characters and equipment.  Which could be a good thing, assuming that nothing’s been cut out to save for a future release in this form.

Well additional costumes for Japan have been announced so probably levels and costumes; just a shame that nintendo are doing yet more pre launch DLC :/