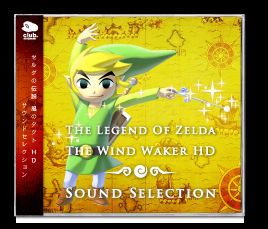 Well, this is a nice offer for those very few people interested in the game who happen to be living in Japan.  Yes, if you register the game on the Japanese Club Nintendo between the 26th of September and 4th of November, you get a soundtrack CD for the game absolutely free.  This soundtrack has 50 tracks and a pretty nice front cover too:

It’s a nice deal, but I do have to ask Nintendo one thing.  Why the hell are you only doing this stupid offer in Japan?  Zelda isn’t a popular series in the region to begin with (or at least nowhere near as popular as it is in the US), so why not market this soundtrack in a place where people will actually appreciate it and where more people will actually be buying the game?

I mean it’s nice that they are releasing any soundtrack at all, but Nintendo really does need to understand that Japan isn’t the centre of the universe and that things like this would be much better released in other regions.