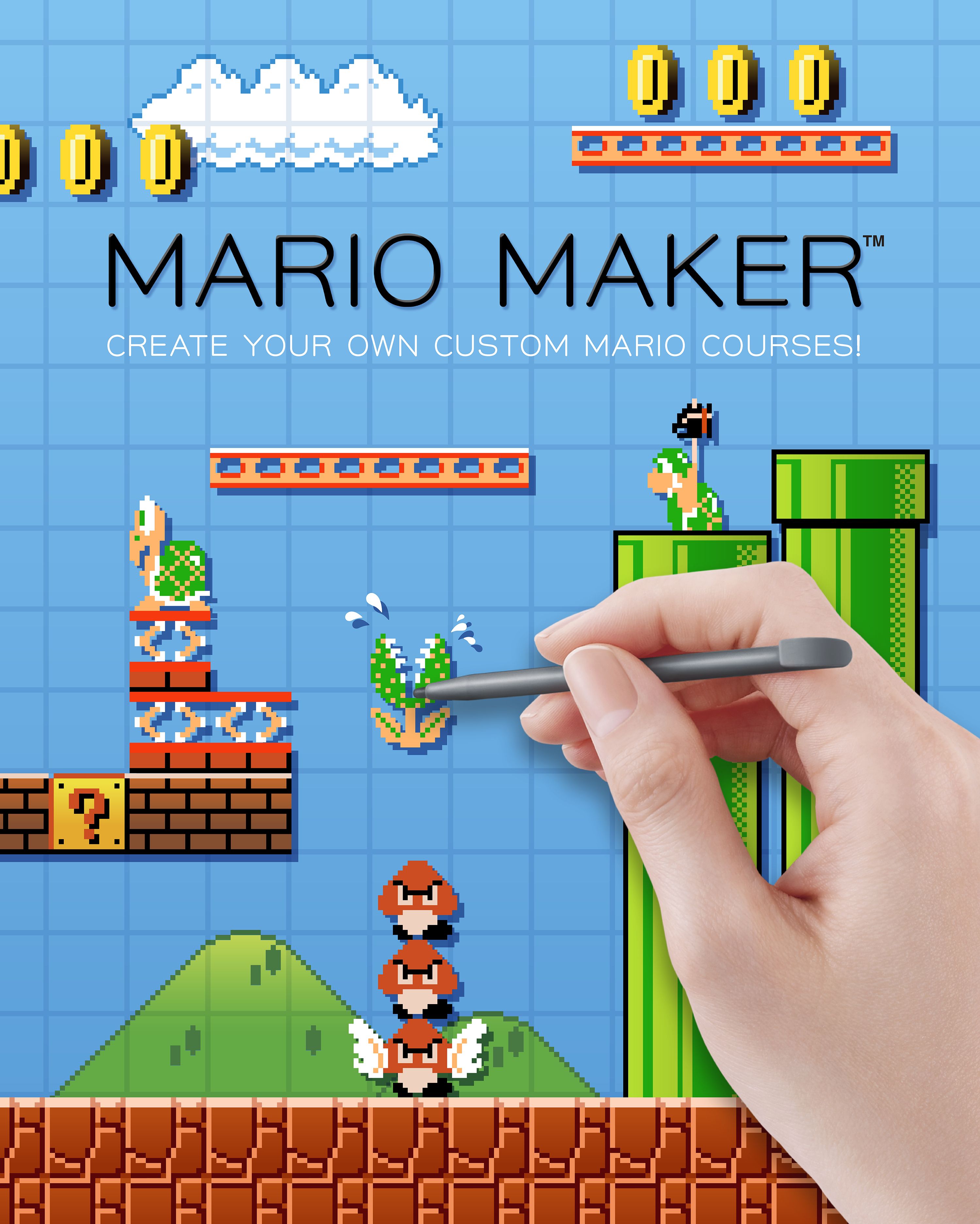 Unfortunately, as I’ll make pretty clear later in the article, it’s not exactly as revolutionary as some people are saying, or Nintendo were hoping it’d be.  The level editor functionality only works with things from Super Mario Bros 1 or New Super Mario Bros U (mostly the former, since you can switch between both styles at will), the level of features seem roughly equivalent to what Super Mario Flash achieved in the early 00s or earlier, and all in all, the game doesn’t quite look as good as some of the other stuff Nintendo announced at today’s show.

So if you want to see my more detailed thoughts about this new Mario level editing tool, as well as all the media that Nintendo has released for it, head inside and keep reading!

Let’s start with the media.  Here are all the screenshots and artwork pieces for this game: 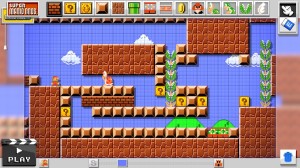 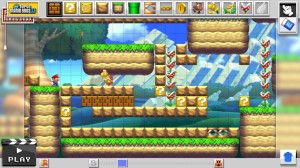 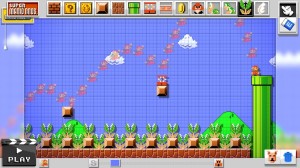 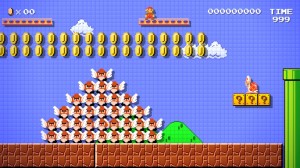 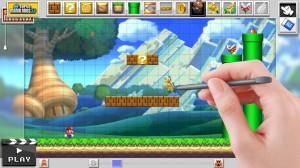 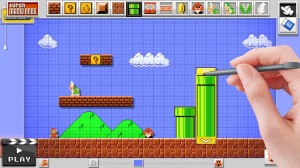 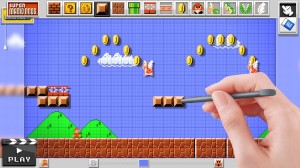 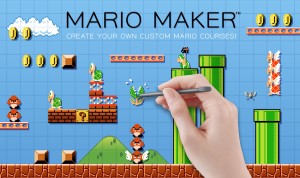 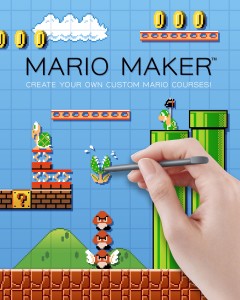 As you can see, it’s a pretty basic looking level editor.  Oh sure, you can place the objects and enemies where you like, but the number of options and things to use seem pretty limited if I do say so myself.  That’s kind of depressing when we’ve got such great level editors as Lunar Magic, Reggie, Super Mario Bros X, Super Mario Flash and Super Mario 63, all of which have a feature list to blow this thing out the water.  And that’s not even bothering to list all the dedicated ‘engines’ you can find on sites like Mario Fan Games Galaxy, the ones used to make such games as Mushroom Kingdom Fusion and Super Mario Fusion Revival.

Above: Probably not creatable with this tool.

Interestingly, Nintendo do seem to know one of the big reasons people use these editors though.  Just look at how much of the trailer seems to be paying homage to Kaizo Mario World and its imitators.  You’ve got the stacked Muncher equivalents:

And heck, the trailer even ends with a Kaizo trap of sorts! 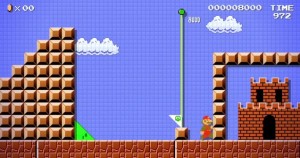 I give it about a day before people start trying to remake Kaizo Mario World and Super Mario Bros Frustration in this editor.  Give it even less before we see someone making super hard stages and saying that ‘these are the hardest Mario levels ever!!!!’

So that’s Mario Maker.  An adequate first step in Mario level editors from Nintendo, but not one that’ll ever end up replacing the existing editors for many people.

Still, I guess it’s got its uses.  I mean, it’s official, so a certain amount of people will probably use it because for them, it’s the ONLY way to make and try Mario levels.  The fact it’s by Nintendo means it’ll probably be pretty popular, which could mean an interesting selection of levels to be found (even if they get quickly buried by fifty thousand levels by people who think spamming enemies is LOL funny).  And hey, perhaps some of these people introduced to Mario level making by this game might then be willing to try out a bunch of fan made ones made with other editors, boosting the somewhat ailing communities over at sites like Mario Fan Games Galaxy, SMW Central and Super Mario Bros X.org.

But what do you think?  Is Mario Maker an interesting tool?  Potentially interesting for the future?  Or is it too basic to be much of use to older Nintendo/Mario fans?