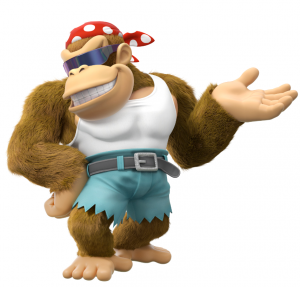 As it is now, Donkey Kong Country Tropical Freeze has shown a lot of the things people want in the series.  You’ve got Dixie Kong as a playable character, Cranky Kong as playable for the first time, David Wise returning to compose music, an interesting new set of villains more menacing than the tikis… it’s pretty much everything everyone has wanted from a new game in the series.  But now with today’s Nintendo Direct, the game is looking even better!

For one thing, Nintendo’s now confirmed that Funky Kong returns!  Is he a playable character?  Who knows.  But they’re sending his artwork out and making it clear the guy is in Tropical Freeze, so he has some very important role for sure.  Here’s some artwork of him…

But that’s not all!  Oh no, cue the new Nintendo Direct trailer for the game! 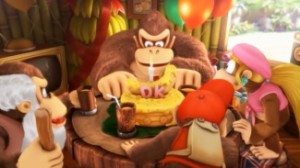 Like DK and family celebrating his birthday.  Hey, that’s pretty clever, given that Donkey Kong Country 1 came out exactly 20 years earlier than Tropical Freeze!  So it’s celebrating the series’ birthday as well as the character’s! 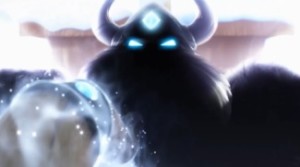 The menacing Snowmad leader.  What is he?  A big cat?  A Walrus?  A Mammoth?  I don’t know, but he looks kind of cool.  Unlike that joke that was Tiki Tong in returns. 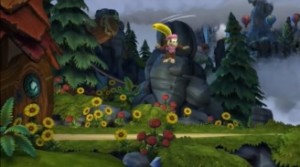 The Northern Europe inspired setting here is just amazing.  Indeed, does anyone else get Donkey Kong Country 3 vibes from this game? 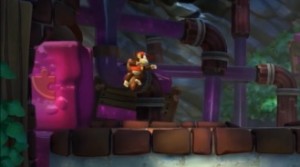 A gloomy inside setting with pipes.  I guess that means there’s a chance buildings like castles and factories may appear in this as well as outdoor areas. 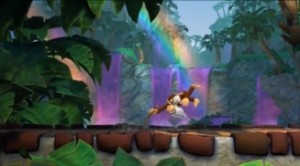 Cranky Kong’s entrance to a level is awesome.  As is the rainbow and lighting effects in the background here! 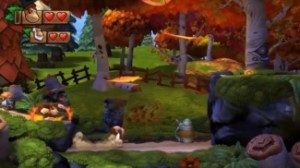 And this autumn forest level is just gorgeous.  Yeah, this does remind me of Donkey Kong Country 3 an awful lot, and in a good way. 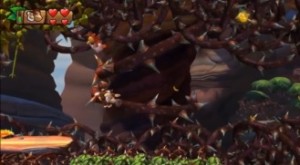 A bramble level.  Well, no surprise there.  Except that they used a new theme instead of Stickerbrush Symphony, which is pretty cool (because hey, you’ve got David Wise himself.  You don’t need more remixes). 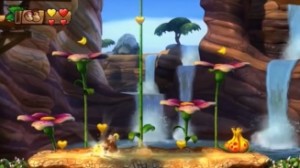 A canyon level with flowers.  Again, I really like the art style in this game. 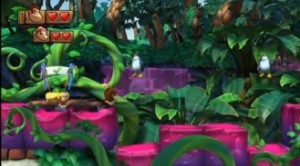 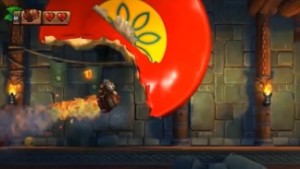 Unfortunately, Rocket Barrels seem to return.  This bugs me, because they kind of sucked in every game they were ever in.  And it makes me feel that Retro has bought into the Hollywood rule of ‘there can’t be peace and quiet for more than 2 seconds’. 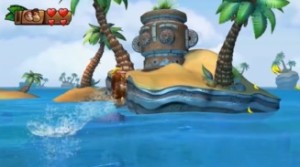 Back to positivity here, DK is bouncing on the water.  Yeah, like Kiddy Kong in Donkey Kong Country 3! 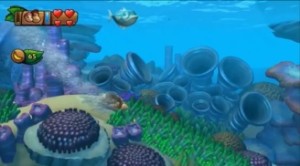 He then dives in and it cuts straight to this fantastic underwater scene.  Wow, to go from an above water level to a below water one mid gameplay and have this level of background detail is incredible. 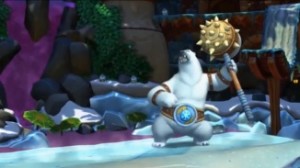 A polar bear with a spiked hammer, who acts as a boss.  Oh wow, he kind of looks realistic for a game like this.  Which makes him kind of scary. 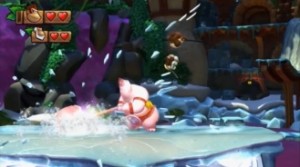 DK bashing him on the head.

And so that’s what we learnt about Donkey Kong Country Tropical Freeze today, a whole bunch about the levels and the presence of Funky Kong in what’s likely a supporting rule.

So what do you think?  Does Tropical Freeze look like it’ll be awesome?