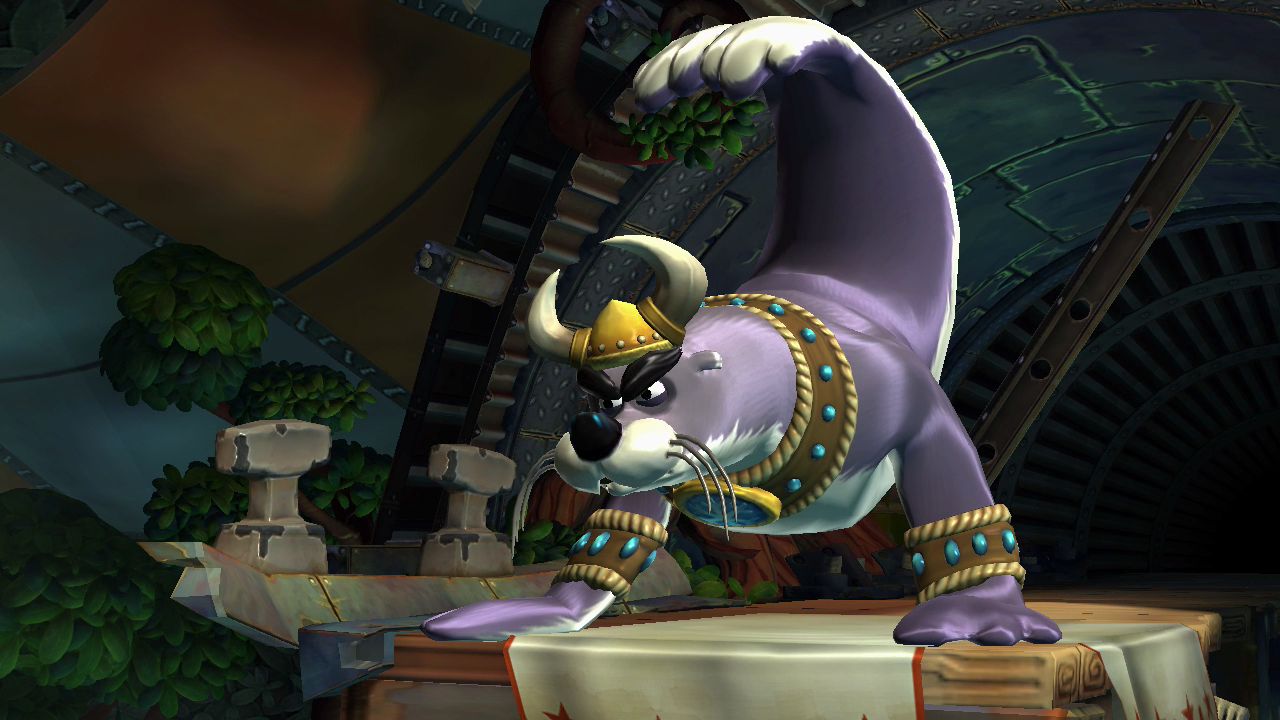 Thanks to an anonymous person online, the entire soundtrack to Donkey Kong Country Tropical Freeze has been released onto the internet!  And so, we’ve been uploading some of the songs to our Youtube channel, including some of the game’s boss music and action level tunes!  So keep reading to hear some of them for yourself…

The music played in the fight with the seal in world 1.  It’s a rather unique choice for a first boss theme, being an electric guitar piece instead of having the traditional ‘orchestral’ feel that most boss tunes tend to have now.  This will also be the case for at least another two of the boss songs in the game.

The tune played when fighting Skowl in world 2, this one is a bit more like a military march (and a bit less like some sort of metal song).  Still good though.

Not sure what this level is officially called, but I’m assuming it’s a rocket barrel level given the familiar theme in play.  Probably the one from the trailer where you dodge the fruit being shot at you from a giant mech’s cannon.

A song played in the level Irate Eight.  It’s a remix of Lockjaw’s Locker from Donkey Kong Country 2.

So there are some more great samples of Donkey Kong Country Tropical Freeze’s soundtrack.  Like them?  If so, subscribe to our channel at http://www.youtube.com/user/Nintendo3DSChannel and we’ll upload some more as the week goes on.