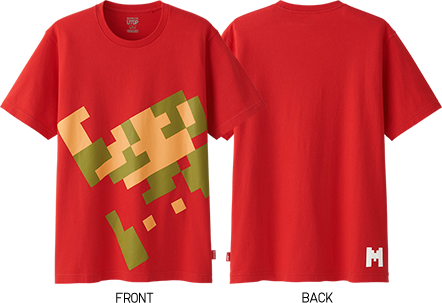 A while ago, Nintendo announced a special contest they were running in partnership with t-shirt makers Uniqlo. Based on their games and franchises, this contest had entrants design a Nintendo themed t-shirt, with the winner’s being created as a real product down the line.

It was an interesting setup, and with people like Shigeru Miyamoto on the judging panel, one that suggested that the best fan art creators could have their day in the limelight here. I mean, it’s really simple isn’t it? Enter a winning design, have it get made, win the prizes. Including $10,000 in cash, an award ceremony invite and a Nintendo Switch!

Unfortunately, it seems things haven’t quite worked out that way. Why? Because after doing a bit of investigating, NBNNSNNTNNFSN on Reddit has found some mighty suspicious things going on with the contest. For example, take a look at the winning entry:

However, here’s the issue:

It’s seemingly against the rules of the contest. And that’s because the terms clearly stated that the art had to be original. Not ripped from a game or Nintendo press materials. Original as in drawn by the artist themselves. Here’s the quote directly from the Q/A page:

Editing or processing visuals that have been previously released by others is not permitted.

A simple ripped sprite goes completely against these rules. And don’t think they’re only on the Q/A page either. Oh no, a Reddit user called NBNNSNNTNNFSN actually sent them an email about this very subject. In said email (which can be seen below), he asked whether ‘pixel art’ was allowed for the contest: 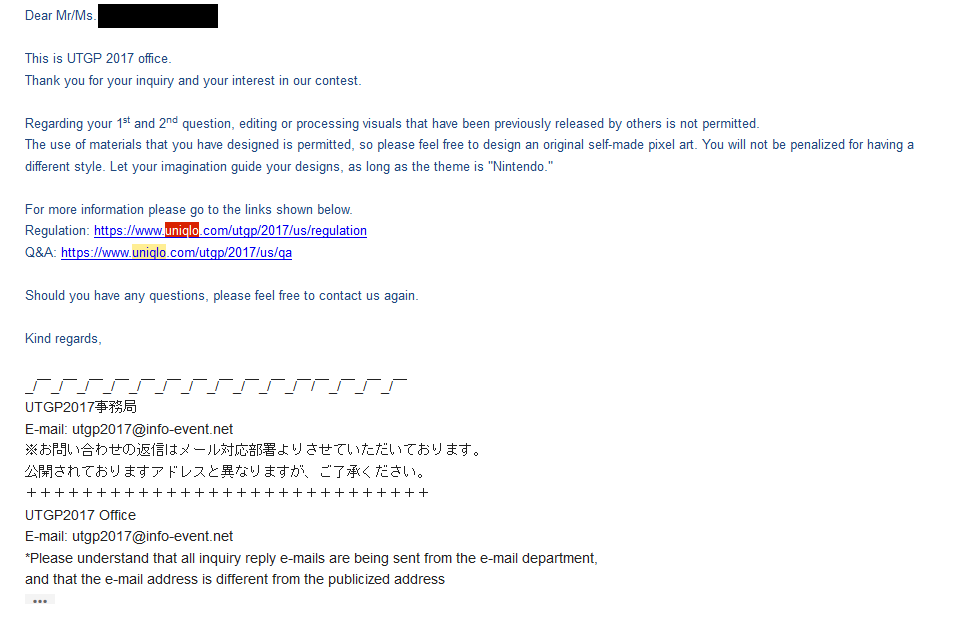 Namely that using said sprites wouldn’t be acceptable because the user didn’t own them.

So something’s immediately suspicious with the contest winner here. But that’s not the only winning entry that’s causing problems.

Oh no, quite a few of the others are too. I mean, go and look at the entries on the page. Do you notice anything?

Yep, a fairly large percentage of them are using sprites from official Nintendo games. Some of them have edited the sprites a bit sure. And yeah, a few have made the actual pixels a bit more visible as an ‘artistic statement’.

But either way, that’s seven or eight entries using sprites or artwork they don’t have the rights to. How did these get past the judges?

Well, isn’t that a good question! Somehow, the plain and simple copied sprites and artwork entries actually managed to outperform designs with a ton more effort put into them. Like this Star Fox one. Or this Wario one.

Or heck, any manner of other great designs. Designs that took a while to draw and involved lots of effort on the part of their creators.

And the rabbit holes goes even deeper than that.

Because one of people who did well in the contest (Shino Yamazaki) actually worked for Uniqlo Japan for more than five years!

Look at his LinkedIn profile if you need more proof of that. That looks like a pretty clear conflict of interest, and raises the question of how many other entries were submitted by current or previous Uniqlo staff members. Because if the answer is ‘most of them’ (or that people associated with Uniqlo) did suspiciously well here, that doesn’t bode well for the contest as a whole.

So it seems something suspicious is up with the Nintendo X Uniqlo thing. It may or may not be outright fixed, but it definitely seems possible that rules are being ignored for the winning entries and that choices are made based on what’s ‘convenient’ rather than what’s good. Let’s hope someone gets to the bottom of things soon!

And thanks to NBNNSNNTNNFSN for bringing this to our attention! It looks suspicious as hell if you ask us!

Has the Nintendo X Uniqlo Contest Been Rigged (Reddit)