Wario was Meant to be German? 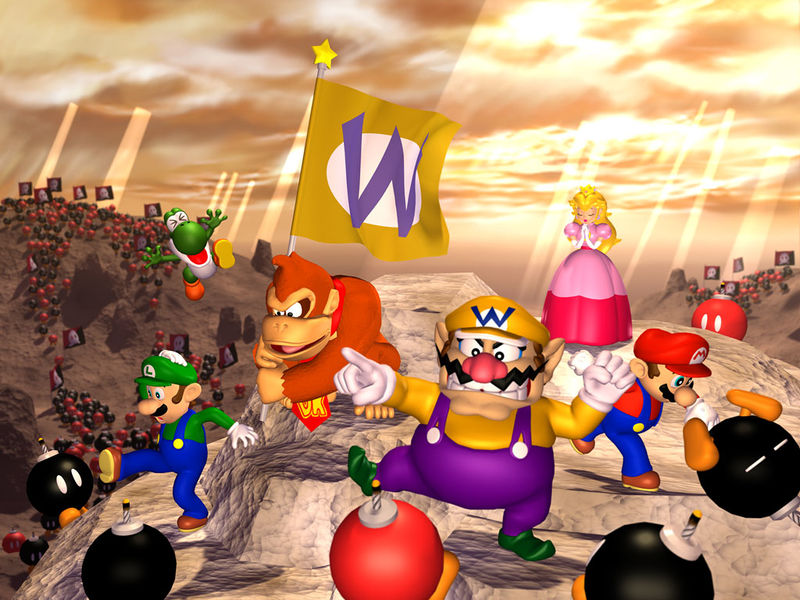 With Mario and Luigi being Italian American, it would be quite reasonable to assume Wario and Waluigi were the same. After all, they’ve got similar names. They’re all voiced by Charles Martinet. And hey, even some of their friends and enemies from their own games are Italian in origin!

But did you know this wasn’t originally the case?

That Wario was actually meant to be German?

No, I’m not kidding. The original concept for Wario (in the days of the Game Boy and N64) was that he was going to be a German character rather than an Italian or Italian American one. It’s why his Mario Party 1 voice actor wasn’t Martinet at all, but German actor Thomas Spindler.

This is 100% correct. Wario speaks German: he says (or rather, *I* say) ‘So ein Mist!’ The recording was done in a studio of the former Nintendo head office in Kyoto (not the new Nintendo premises in Kamitobaguchi), under the direction of Mr. Takashi Tezuka. Back then, I worked on the script for another Nintendo project with my French friend and colleague Julien Bardakoff (who voiced Toad/Kinopio). My company T.S. Word Co.Ltd. also translated and edited the German script for Star Fox which can be verified in the credits of Star Fox 64. The concept behind Wario was that of a German character and those responsible for the voice-overs at Nintendo back then intended him to speak German. I hope that this resolves the issue once and for all.

This may explain a few things about his portrayal in that era. Like say, his very different voice style to Mario and Luigi in the older games…

How this ‘doh I missed’ comment is actually meant to be the German phrase ‘So ein mist!’ (aka ‘Aw darn’):

Or (and this is probably a bit of a stretch), Waluigi’s own design as well. Maybe the Dick Dastardly similarities weren’t a complete coincidence there (remember what side Dastardly was on in his own second series of cartoons).

And while most of it got dropped when Martinet took over Wario’s voice in the Mario spinoffs, there’s even a bit of a German influence in Wario’s portrayals up to this day. For example, just tell me his theme from Mario Strikers Charged doesn’t sound like German folk music:

So yeah, seems Next Level Games wanted to provide a shout out to Wario’s roots as well. Guess even recent games haven’t completely forgotten about the original intentions for the character!

But hey, what do you think about this? Are you surprised that Wario was going to be a German character at one point? Or did you kind of realise this after hearing him in action in Mario Party 1?

Wario Was Intended to be German? (Wario Forums)

I kind of figured since he had the German voice actor in Mario Party 1, but as long as I lived it will always be "D'oh I missed."

I always thought he was, kind of has that large german like belly.