‘Virus’ Save Game Created for Pokemon Red and Blue 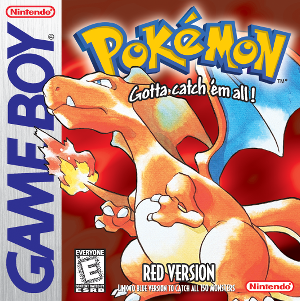 When it comes to Pokemon Red and Blue, Arbitrary Code Execution is not a new thing. A glitch item called 8F has allowed people to rewrite their Pokemon’s stats and abilities. Memory bugs in the game’s code have allowed them to use a Pokemon glitch to actually modify a second game running on the same system.

And well, a glitchy move and some careful code manipulation has even let people wipe out save files via a link battle. In other words, Pokemon Red and Blue is broken. To hilarious extremes.

However, today’s exploit is something else entirely. Why? Because a speedrunner called MrCheeze has actually created a self replicating ‘program’ that runs in copies of Pokemon Red and Blue. In other words, he’s made a virus for the game. That clones itself whenever an ‘infected’ player uses the link club.

So what does this program do?

Well basically, it overwrites the save file. So whenever a player running it goes to trade with another person, the second person’s entire save file gets replaced with the first person’s one (complete with program). In other words, you can get your game hacked and replaced merely by playing with someone else with the program.

Fortunately though, this isn’t bad for the user. Why? Because this program doesn’t replace your save with a terrible one, or blank it altogether. Instead, it gives you a bunch of Dittos, Mews and Mewtwos, all of which are shiny and have max IVs.

So yeah, instead of a wrecked game, you get a bunch of good Pokemon to transfer to Sun and Moon. It’s pretty cool really.

Either way, it’s an impressive coding feat really. One that should never, ever be possible in a video game, but a technical work of genius none the less. You can even try it for yourself if you want, since the save game has been released online.

But hey, what do you think? Are you impressed that someone has created a virus in Pokemon Red and Blue? Or are you worried that someone could abuse this outright damage games instead of helping them?

Post your thoughts on the matter here or on Gaming Reinvented below.