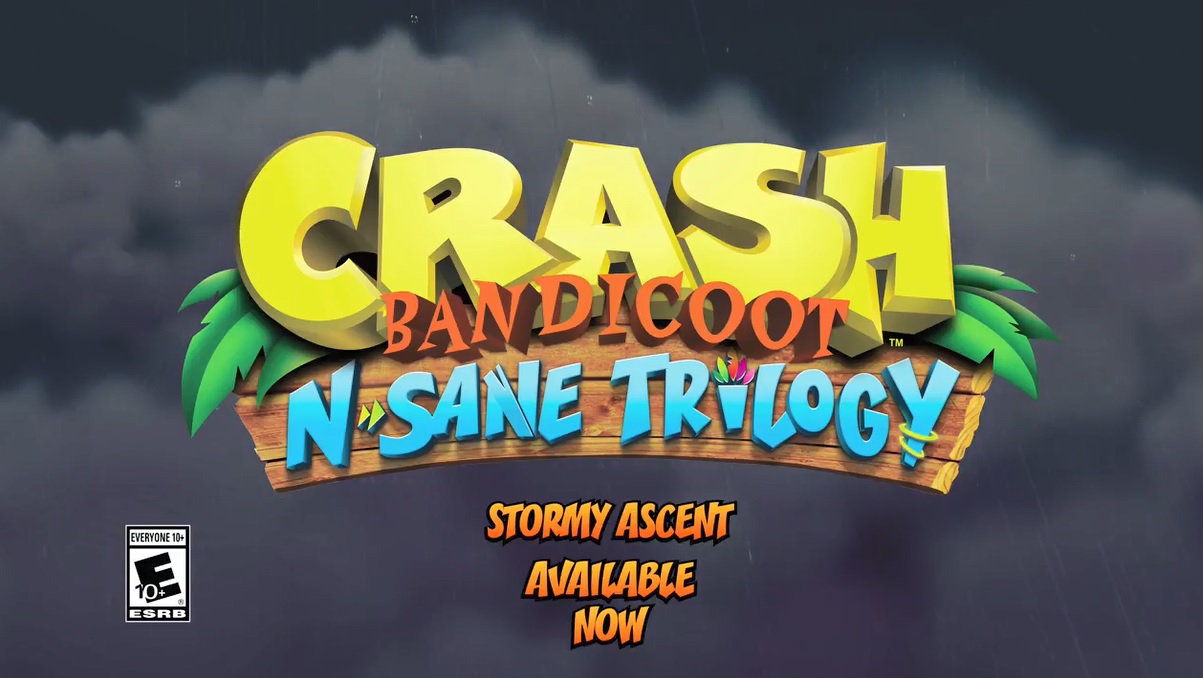 Given how popular the recent Crash Bandicoot N. Sane Trilogy was, it’s no surprise the game is getting DLC. After all, even remakes get it now. It’s a common part of the industry in general.

What is interesting though, is what the DLC actually is. Why?

Instead, it’s actually an unused level meant for the original Crash Bandicoot game. Named Stormy Ascent and generally seen as the hardest level in Crash Bandicoot history, it was initially intended for the first game before being scrapped for being too difficult in general.

Times change though, and now it seems Sony and Vicarious Visions have decided to make the level available for everyone to play. So here’s the trailer advertising it as DLC:

As well as a video of the original version to compare to:

As you can see, it’s been mostly left untouched all these years. Yeah there are apparently a few more crates here and there (since as the wiki points out, a bonus room has been added to the stage in the remake). But for the most part, it’s exactly what you’d expect it to be.

A completely brutal, unforgiving stage for the best Crash Bandicoot players to test their skills.

It’s a neat stage, and definitely worth trying out. However, the stage itself isn’t really the most interesting thing about the announcement.

Oh no, that’s the whole ‘trend’ it seems to be part of now. Namely, the trend of actually releasing scrapped games and content for more people to play.

I mean, think about it. Prior to a year or so ago, it was very rare for companies to make unused content available to players in any way. I mean sure, it occasionally happened. But for the most part, unused content was likely to be buried and forgotten about. Like the scrapped dungeons in the Legend of Zelda The Wind Waker or the infamous URA Zelda game in general.

But with stuff like this and Star Fox 2, it seems things are changing. Scrapped content and cancelled games are being given a new lease of life.

It’s a trend I’m glad to see happen, and this level is an indication that ‘beta’ content can indeed make a comeback in remakes and rereleases.

So support it and download this DLC right away. Because if you do, it might prove to the industry that people are interested in unreleased games and content, and that there’s a market for rereleasing stuff otherwise lost to history.

Still, what do you think? Are you happy this previously cut level is being made available as free DLC? What other games should do the same thing with their scrapped levels?

I agree that more cut content and scrapped games should be released. Lets hope this will not be a trend that just fades after awhile but becomes a common thing among game companies.