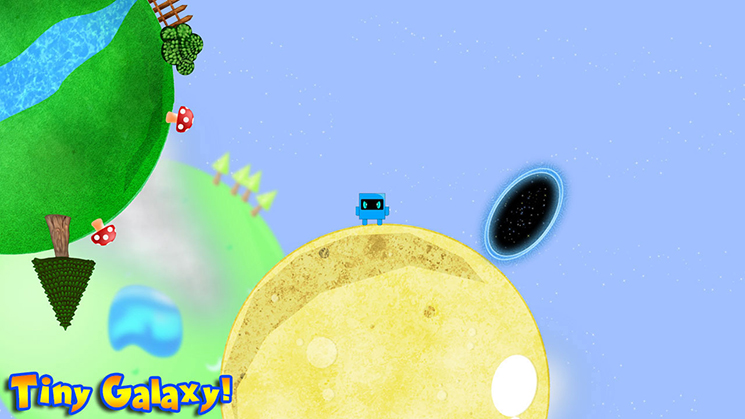 As of today, Tiny Galaxy developer Arcane Pixel Games has decided to leave the game development industry after 3 years. In their post about moving on, they stated the reasons for this were that it wasn’t working out, that it wasn’t a ‘positive or negative experience’ and that there wasn’t a way to support themselves by making games.

It’s a depressing story, and it’s another example of an indie developer shutting down because game development just didn’t work out in the long run.

However, that’s not all it shows. Oh no, it also shows something else, namely that the people at Arcane Pixel Games haven’t quite figured out how to take criticism of their work.

Why? Because a significant part of the post goes on about how Nintendo Life ‘slandered’ their work and ‘wreck’ any indie dev they get hold of. Why? Because apparently they gave Tiny Galaxy a 3/10 in their review, and that was enough for the company to take offence to it all.

But here’s the thing.

A reasonable person accepts that their work being criticised is perfectly natural and normal. Sometimes it doesn’t appeal to everyone, and only a small audience thinks it’s any good. That happens. It’s how cult classics are made.

Or heck, maybe the game is just bad. Maybe it’s like Superman 64, or ET, or Action 52. A broken down trainwreck that barely functions and gets horrible reviews over on Metacritic. Again, that’s normal. Some games and works simply are genuinely bad in of themselves.

But you need to learn to not let it get to you. Yes, people didn’t like your game. Yes, Nintendo Life thought Tiny Galaxy was bad enough to warrant a 3/10 rating. It happens.
However, that’s not a personal attack. It’s not ‘slander’ or ‘wrecking your company’. It’s just an opinion about your game.

A reasonable creator accepts that. I mean, look at blackout77. He made a terrible Super Mario World ROM hack called Hammer Brother Demo 3. How bad? Well, the most prominent reviewer of said hacks (levelengine) gave it a score of -1% out of 100. It was so utterly terrible it literally broke the rating scale.

So did he get all angry? Write a long rant about how he hated the reviewers and was going to give up forever?

No, he responded politely and accepted that yes, his work wasn’t very good, but that he’s moved on from it. He too left game development, but he did so happy.

Did they get angry or complain about slander? No, they just accepted that the critics aren’t their audience and ignored them. After all, why lose sleep over reviews?

And I did the same thing. I’ve written articles that people absolutely hated and thought were total garbage. As a developer, I’ve made games that people gave highly negative reviews to. Like you, I know what it feels to be criticised by reviewers.

But I didn’t get angry. I didn’t respond by calling the critics haters, accusing them or slander or anything else of the sort. Instead, I listened to the criticism. I improved what needed improving. And at the end of the day, accepted that I was never going to please everyone.

And that’s a lesson all creators need to learn. Even if you absolutely hate a critic or their views, take it on the chin. Don’t try and make a huge drama storm over it. Don’t be like say, Uwe Boll who challenged his critics to a boxing match because his films got panned by said critics. Don’t be like fanfic writers who attack their readers in pages long screeds about how horrible the ‘haters’ are. Avoid being like Anita Sarkeesian and calling all criticism ‘harassment’.

Yes, I know there were other reasons they left. Like say, Nintendo not responding to emails or plugins not being actively developed. The folk at Arcane Pixel Games obviously weren’t happy working in this industry.

That’s fine. Prefer making comics to games? Go ahead and make comics. It’s your life after all.

But keep in mind that criticism will always exist. That you won’t please everyone. That at the end of the day, not everyone will love your work. Accept it, embrace it and don’t take things so seriously.

I wish you the best of luck in future, and hope your comic is the success you want it to be.