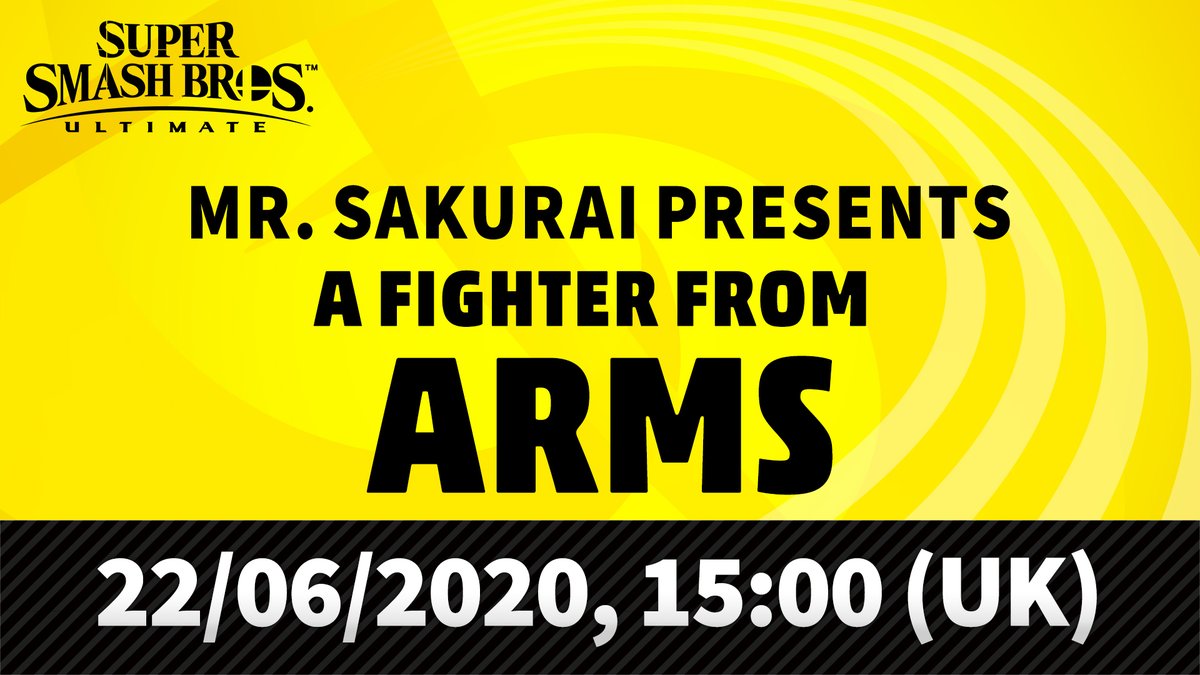 Back in March 2020, Nintendo announced that an ARMS character would be coming to Super Smash Bros Ultimate. This character would be the first member of the second Challenger Pack for the game, and make up for said series not getting much representation in the base game itself.

Since then however, things have gone a bit quiet. Indeed, thanks to the COVID-19 outbreak, both Nintendo news and Smash Bros development have been slow in general, with the former having mostly dried up altogether and the latter held back by the sudden shift to remote work experience by its team.

But now things are changing.

Because as the title suggests, Sakurai and co are now nearly ready to reveal the new fighter! Yep as the titles, Nintendo will be holding a Direct like presentation for it next Monday at 3pm, with lots of information about the new ARMS character and how they’re going to handle in Smash Bros.

Here’s the announcement about it courtesy of Nintendo of America:

Join us next Monday at 3pm (UK time) to find out which #ARMS fighter is joining Super #SmashBrosUltimate in a roughly 35 minute-long livestream from series director Masahiro Sakurai.

As well as an… amusingly blunt followup to temper fan expectations:

There will be no further new fighter reveals other than a fighter from ARMS in this livestream.

Yeah, they’re clearly not taking any chances this time around. Guess they realised how annoying all the inecessant demands were in all their Twitter post comment sections.

Still, the event’s coming next Monday at 3pm. For those not in the UK, that translates to the following times for each major region:

So set a reminder in your calendar, start thinking about what ARMS characters you think would make good Smash Bros fighters…

Then tell us your thought on the matter in the comments below, on the Gaming Latest forums or on our Discord server today!