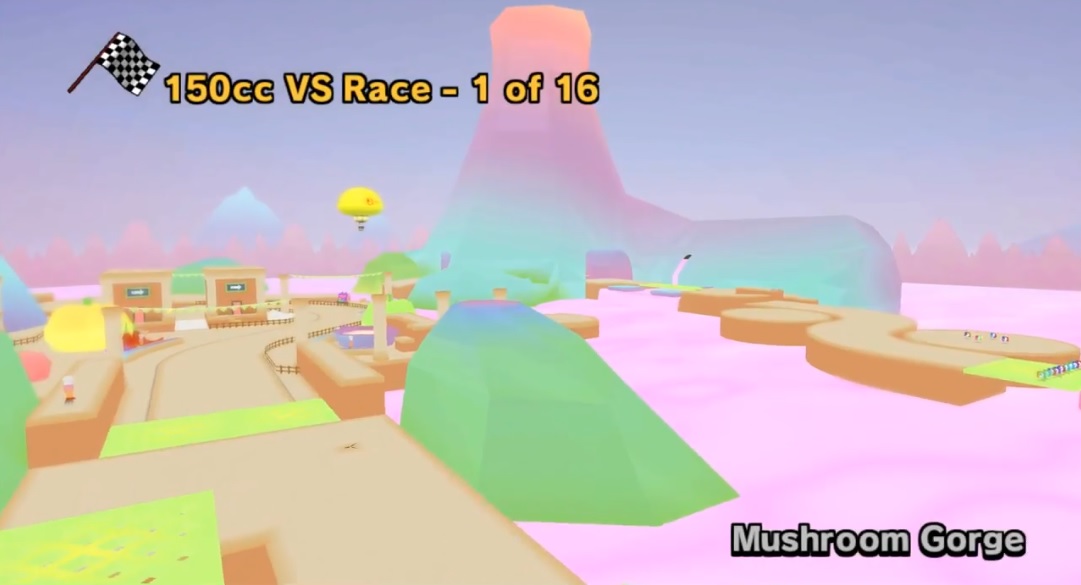 Have you ever wondered what Super Mario Odyssey’s kingdoms would be like in a Mario Kart game? Yeah, we guessed so. Alas, Mario Kart 8 Deluxe’s early release date and remake setup prevented that from happening, and a Mario Kart 9 seems so far off Odyssey will probably be irrelevant by the time its released.

But where Nintendo falters, the fans make up for it. And this time, that means we get a fantastic new track based on the Luncheon Kingdom for Mario Kart Wii! Yep, named Luncheon Tour and released by track creator Luke Chandler, this course aims to replicate all the feel of the Odyssey Kingdom in a form that makes it fun for Mario Kart races as well.

And dear god does it succeed perfectly at that. Seriously, just look at it in the video:

As you can see, it works fantastically as a Mario Kart track, and it does so because it avoids the one major pitfall almost every other 3D Mario inspired fan made track makes.

Namely, it’s designed as a course first, reference last. Mr Chandler hasn’t just ported over the level wholesale from Odyssey, he’s used the assets from the level to make a new layout that works for a racing game instead.

Contrast that to say, this Bob-omb Battlefield inspired level:

Or this one based on Cool Cool Mountain:

They’re neat enough to look at it, but they don’t work very well as actual tracks. Why? Because they try too hard to port over the original layout without realising it doesn’t work as a Mario Kart track. It’s a common mistake with Mario Kart levels inspired by other video games.

Fortunately, Luncheon Kingdom Tour avoids this, and it’s so much better to play as a result.

So kudos to Chandler for creating it, and congrats to him for making a fun Mario Kart Wii course to begin with.

Let’s hope it’s only the first of many Mario Odyssey kingdoms turned into Mario Kart tracks in the future!